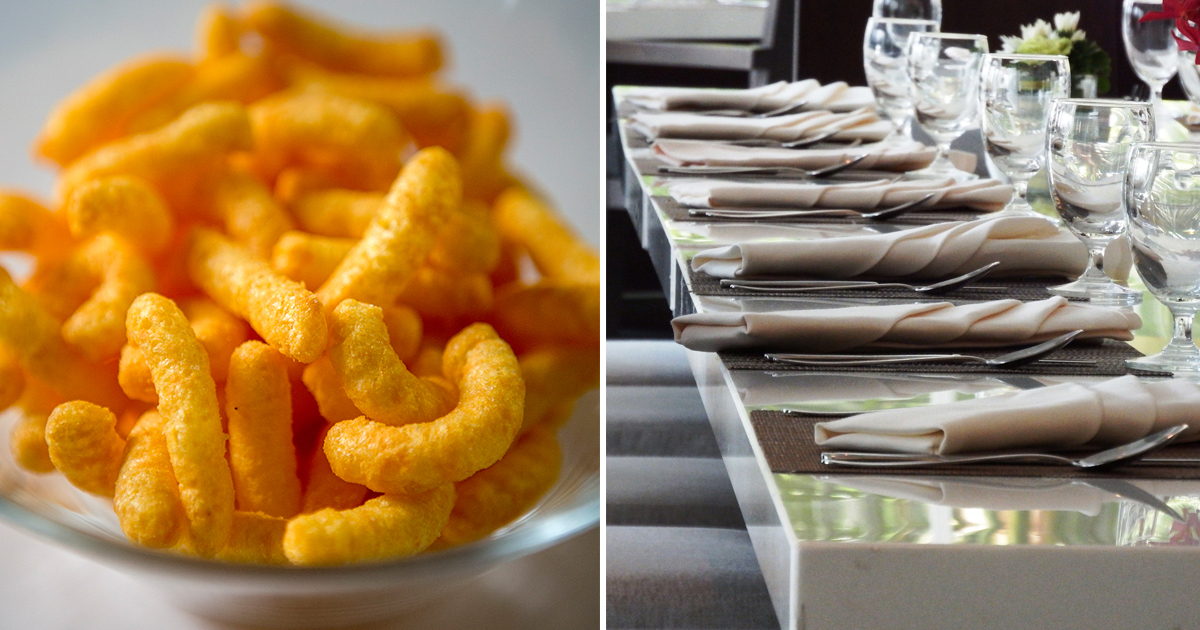 Do you love Cheetos?

Then you should probably consider booking a last-minute trip to New York City.

In a few days, a restaurant called The Spotted Cheetah will open in the city — and Cheetos will be the featured ingredient in every dish on the menu.

For most people, Cheetos are an addictive snack you eat while you’re sitting on the sofa binge-watching your favorite TV show.

But celebrity chef Anne Burrell has taken cheese-flavored, puffed cornmeal treat off the couch and into a New York City restaurant.

Next week, a pop-up restaurant called The Spotted Cheetah opens in the Big Apple (Big Cheeto?) and Cheetos will flavor every dish.

The restaurants menu includes starters, entrees, and desserts, so you can finally enjoy the three-course Cheeto dinner of your dreams. There will be, among other things, Cheetos Meatballs, Spicy Cheetos Nachos, and Cheetos Sweetos Crusted Cheesecake.

“I had so much fun curating this specially crafted, one-of-a-kind menu for the first Cheetos restaurant — I can’t wait to see guests’ reactions!” Anne Burrell tells CNN.

But if you’re going to get a table at the Spotted Cheetah, hurry up — the restaurant will only be open from August 15-17.

And if you can’t make it to New York City for a bowl of Flamin’ Hot and White Cheddar Mac ‘n’ Cheetos, don’t worry. The restaurant is also releasing a cookbook with all of its recipes on August 15.

Do you also love Cheetos or know someone who’d loved to go to this restaurant? Please share and tag a friend in the comment field 🙂