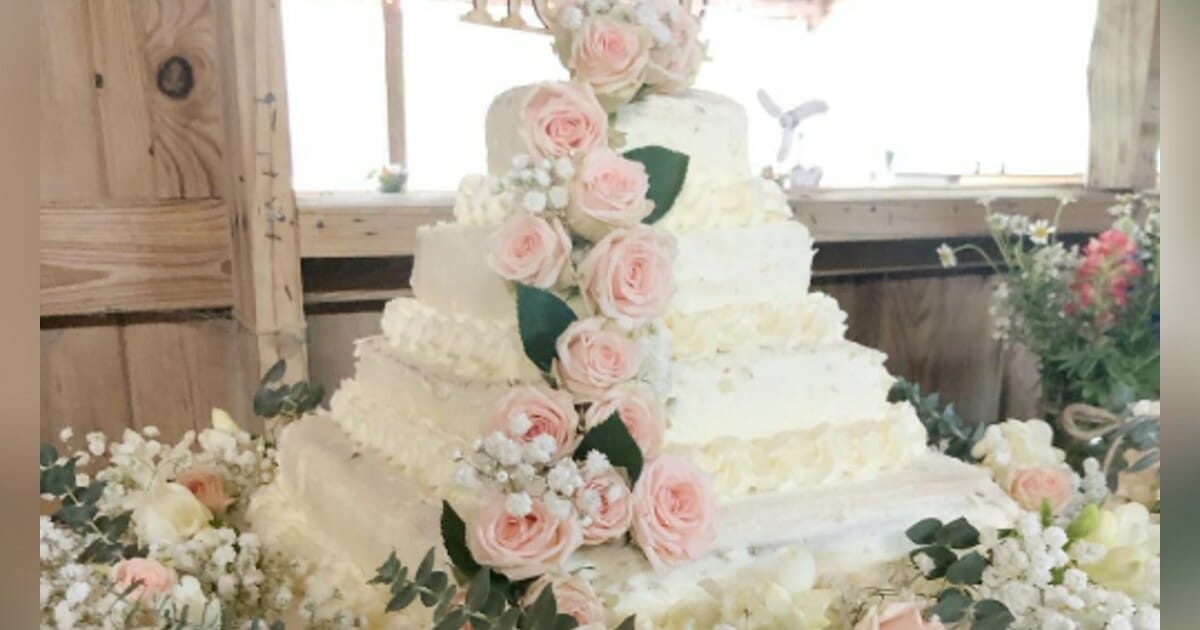 It’s not unusual for couples to spend weeks, months, or even a year or more planning their wedding. They want to make sure the best day of their life is just right.

Some will set a budget, while others will spend as much or as little as they want.

Soon-to-be newlyweds, Gosia and Jeremy Hoyle, wanted to save as much money as possible for their honeymoon, even if it meant skimping on some aspects of their wedding.

But when their family heard of their plans to bake and freeze cupcakes prior to their big day, Jeremy’s sister put a stop to it.

“My brother and my whole family are very hands-on, DIY and save money wherever we can,” Jessica Hoyle-King, Jeremy’s sister, told InsideEdition.com. “A real budget wedding in the books.”

The couple wanted to spend as little as possible on their wedding.

They had a $0 budget for flowers and their idea of a wedding cake was to bake cupcakes, freeze them, and serve them after they say “I do.”

Gosia and Jeremy feared they would go over budget so they brought on Jessica as a wedding consultant, two days before the big day.

“Our families all pulled together, making the table centerpieces, organizing tables, wrapping tiny Polish wedding cakes – the bride is from Poland – and decorating tables,” she said. “They were amazing.”

But there was still one major issue, the couple’s wedding cake.

Y’all this DIY cake! It is no secret my bother is frugal…but this wedding took frugality to a whole new level. They bought two @costco cakes, cut them, stacked them, re-iced with buttercream icing, and covered with $10 @traderjoes flowers. Boom a $50 DIY Cake! Displayed on the stand I built using stuff from @hobbylobby …beautiful on a budget! The wedding was fun, but a sigh of relief we can get back to regularly scheduled projects around here. ?? . . . ETA: My sister-in-law’s brother-in-law, @chefjwarley was in town from England for the wedding and took their idea of the cheap wedding Costco cake and threw it all together in a couple of hours at the venue the day before the wedding! Go follow him! (Didn’t know he had an IG, or I would have tagged him!). . . #hoylewedding2019 #countryweddingstyle #countrywedding #countryweddings #weddingcake #costcofinds #costcodeals #diycake #diycakes #diycakestand #costcodoesitagain #costcocake #traderjoes #traderjoeslove #traderjoesfinds #traderjoesflowers #hobbylobby #hobbylobbyfinds #hobbylobbyfarmhouse #hobbylobbydecor #hobbylobbywedding #hobbylobbylove

With the help of the bride’s brother-in-law, Jessica used two Costco cakes, which cost $18.99 each, and $10 worth of flowers from Trader Joe’s to create a wedding cake fit for Martha Stewart Weddings.

The end result was a beautiful multi-tiered Costco wedding cake.

“Everyone thought it was amazing!” Jessica told FOX News.

Since posting the massive wedding cake on Instagram, Jessica has received thousands of likes and hundreds of comments. Some have been impressed by its size, others by its cost, and others simply want to know how she was able to stack so many layers without the entire thing collapsing.

Can you believe Jessica was able to create such a beautiful cake for under $50?

Pass this on if you’d like to see Jessica make a tutorial for this DIY Costco wedding cake!