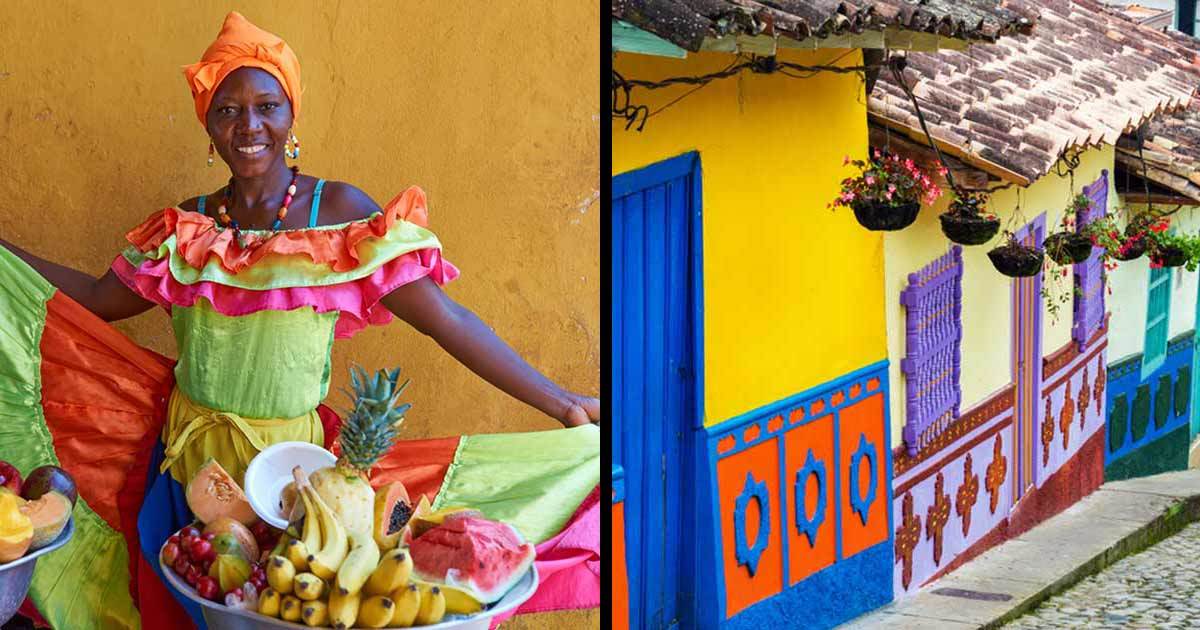 1. There are people who believe that Colombia is a beautiful country.

2. They think that Colombia have beautiful beaches. But they are super ugly!

4. The water is so dirty that no one wants to take a bath. Yikes!

5. The city life has nothing to offer. Really, NOTHING.

6. What a shame, they haven’t been able to retain their old buildings.

7. The country is so pale that it’s impossible to stay awake.

8. The fruits? Don’t get me started… There’s no variation. At the most you’ll find an orange.

9. Everyone lives on the countryside.

11. If you wanna relax on the beach with a nice drink, it’s better you leave the country immediately.

A coco loco drink, at the island San Andrés.

12. You’ll never get full. What is this? A baby portion? Give me some actual food.

14. Even the coffee is garbage.

15. If you go out in Bogotá, there’s no people and there’s nothing to do.

16. And downtown Bogotá is ugly. All old buildings are demolished.

17. The architecture has no charm. Pretty average, in my opinion.

18. And the natives. Come on, cheer up! Be happy and friendly.

The carneval in Barranquilla.

19. Wanna party? Forget about it. There’s nowhere you can party and everything closes so early.

20. Colombia is no place to go to if you like music. That’s a shame, I want to dance.

22. And the country doesn’t have one single good musician.

23. The buses are boring. Every single one of them have the same color.

Chiva, a typical bus in Colombia.

25.And this beach, who wants to go here?

27. This view needs at least seven filters before posting on Instagram.

28. A lot of people think that exotic animals exist in Colombia. That’s absurd.

29. Another thing that a lot of people believe is that there are exotic places. But, no.

30. If you’re into art, there’s nothing to explore here.

31. And if you wanna exercise it’s almost impossible. Just forget about it.

Every Sunday, the traffic are closed on several streets in Bogotá because they want pedestrians and cyclists to to have the opportunity to move freely. It’s called cilcovía.

32. Even the municipal traffic is average.

The Metrocable in Medellín belongs to the subway and offers the people in the mountains a good option for traveling.

33. Every landscape looks the same… Ugly!

34. The Christmas is really boring. Nobody celebrates the Christmas and no one cares about decorating.

The famous Christmas decoration in Medellín.

35. And the football… No, nothing good to say about that.

The Colombian national team during FIFA World Cup in Brazil 2014.

38. People are not that friendly.

39. Who wants to see decomposed flowers?

40. I would rather stay home then going here. Don’t you?

41. Why visiting Colombia? It’s not worth it.

If you want to read more articles like this just press the button below:
Published by Newsner, please like