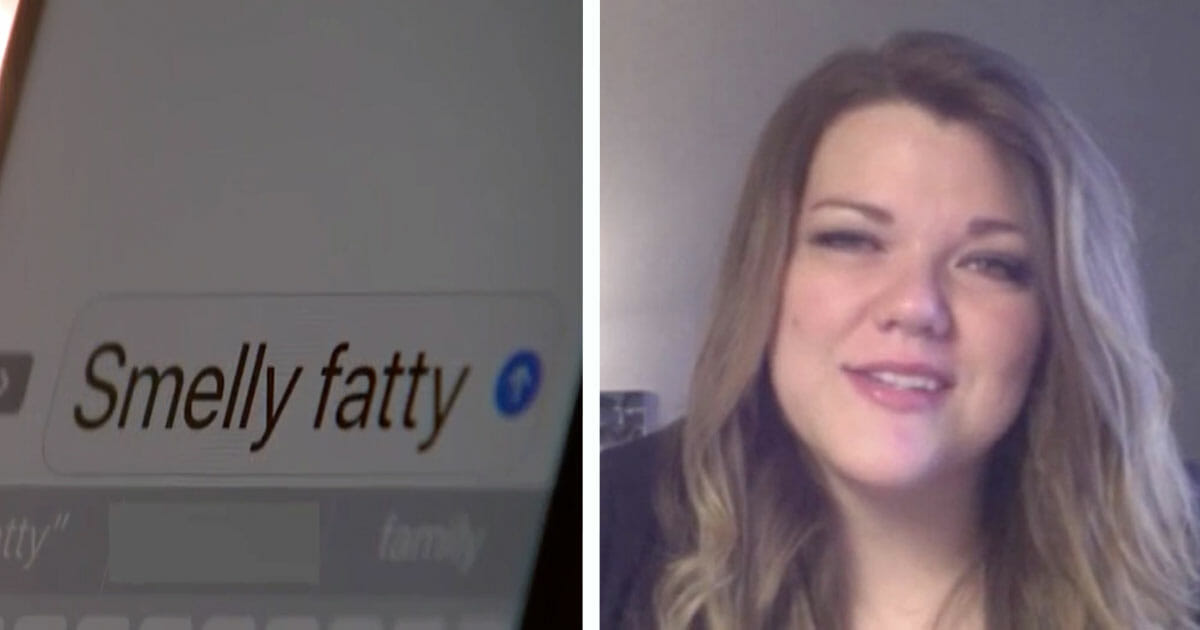 Chances are you’d rather have at least one empty seat next to you.

When Savannah Phillips flew she liked she to book a seat where she wasn’t near anyone else.

“I’m not the biggest person on the airplane, but I’m not the smallest,” Phillips wrote on Facebook. “My worst nightmare is someone being uncomfortable because they have to sit next to me.”

While on a United Airlines flight in May 2018, the mother needed to change her flight. This meant she couldn’t pick her seat, she was assigned one at the gate.

When she got on the plane she saw that she was assigned a seat next to a man, who she described as in his 60s. She sat down and as everyone got settled and prepared for takeoff, Phillips couldn’t help but notice the man’s phone.

“His phone was maybe 12 inches from my face and he proceeded to text someone that he was sitting next to ‘a smelly fatty,'” she wrote.

Posted by Savannah Phillips on Monday, 14 May 2018

Phillips didn’t need to read the rest of the text message. She turned away from the man and began to cry.

“Before I knew it, I could feel hot, salty tears coming down my face,” she wrote. “I sat and cried silently, hoping this guy didn’t try to make small talk, because I didn’t trust how I would react and I didn’t want to get kicked off the plane. I was so hurt.”

To make matters worse, the pilot shared some bad news with the passengers. Their flight was delayed.

As she continued to sob, someone from behind tapped her seatmate’s shoulder.

“Hey–I need to talk to you,” she recalled the person, later identified as Chase Irwin, saying. “We are switching seats. Now.”

After some words were exchanged the men changed seats.

Once Irwin was seated next to Phillips, the two chatted so that Phillips would forget her previous rude seatmate. It worked.

“I told him that he was a blessing sent to me and how thankful I was that he was there,” she wrote.

Although Phillips post on Facebook received thousands of interactions, Irwin insisted he didn’t intervene for the fame.

“I was going to wait until the end of the flight to say something but I could not have this guy sit next to her this whole flight and her thinking he’s making fun of her,” Irwin told WTVF. “It really gets to me deep down when I see someone crying, and when I saw her crying it really hit me hard and actually got sick to my stomach.”

Phillips hopes that those who hear her story follow in Irwin’s footsteps and stick up for others when they need help.

Share this story on Facebook if you wouldn’t have thought twice and stepped in to help Savannah.