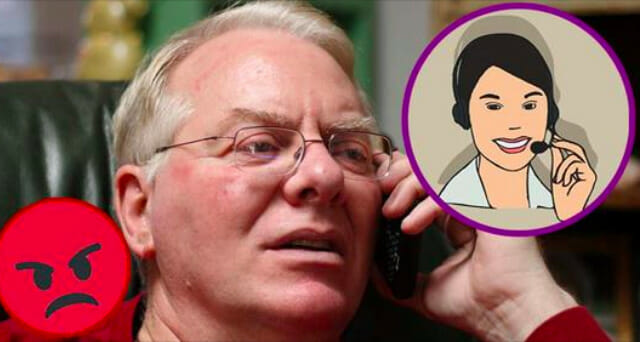 It happens to the best of us — sometimes more than we would like. Telemarketing calls are a simple part of our reality and they can seem pretty hard to escape!

While I personally tend to sympathize with telemarketers — they are, after all, simply trying to do their job — I can’t help but want to immediately hang up on their faces when they call.

While I see no excuse nor reason to be rude, it’s natural to feel rather annoyed when we are disturbed by a stranger trying to sell us something.

So when I came across these smart tips on how to deal with telemarketing calls, I made sure to check it out — and pass it along to all my friends.

The dreaded telemarketing call. It matters little what the sales person on the other line is trying to get us to buy, these can be quite annoying, especially if they catch us when we’re in the middle of something important.

Here are some clever ways to deal with such phone calls.

1. Answer — but don’t immediately hang up

If you pick up the call and immediately hang up when you realize it’s a telemarketer, chances are the person on the other line will flag the call as a ‘disconnected call’ or unanswered.

What this means is that you’ll just be placed right back in some automatic queue to be called again. And that will continue to happen until you have an actual conversation with them. So — don’t just hang up!

It might be tempting to be especially nice or friendly, but telemarketers are trained for one purpose and one purpose only — to try to sell you their product or service.

Engaging them in some friendly chatter may just embolden them to try to sell you their goods even harder, as they may assume you’re a potential buyer.

So, if you’re not interested, remain courteous — but don’t overdo the small talk!

Getting upset or angry will likely do very little good for your end goal — to put an end to the call and not be disturbed again. Remind yourself that this individual is just doing their job, probably to make ends meet.

Stay firm but not impolite — if they are rude however, ask to speak to their manager. That is unacceptable.

It’s more simple than you think. The full-proof way to stop receiving pesty calls from any particular telemarketing company is to ask them to remove your number from their list.

Firmly but politely insist for them to put you on their do not call list. Such Do Not Call lists are not necessarily 100% foolproof but will surely reduce your chances of being called — and especially more than once for the same product or service on offer.

You can also visit donotcall.gov to add yourself to the list. Any calls that violate telemarketing rules can also be reported on this site — which will flag them and hopefully help others who are facing similarly unprofessional or rude telemarketing calls.

That’s it folks! Of course, you can also give Seinfeld’s iconic telemarketing response solution, as popularized in the scene below.

Please share these clever tips and tricks with your family and friends! In today’s highly consummation-driven world, someone out there might be struggling and find use for them indeed!