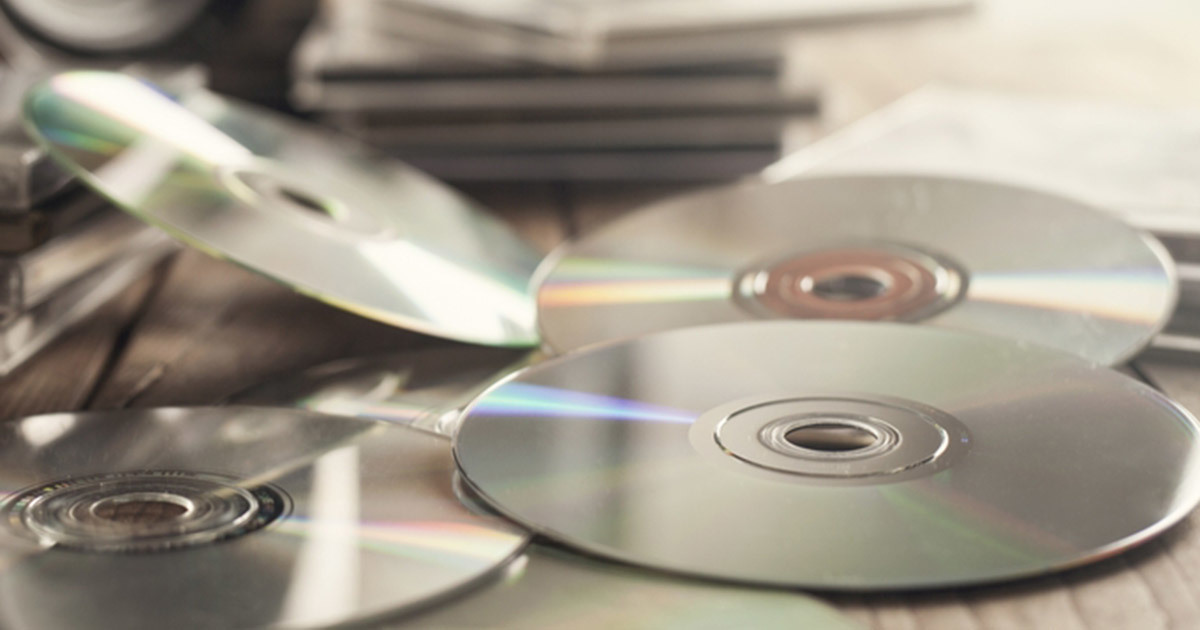 They came overnight and replaced the classic vinyl records in our living rooms. But as fast as they took over, CDs quickly went away and were replaced by streaming music through popular services on the computer.

So what should you do with all those old CDs you collected over the years? It’s obviously a shame to throw them away, but it’s not like they’re doing anything other than collecting dust on the shelves.

Well, maybe this couple’s ingenious idea might provide a little inspiration. They took their old CDs and created a beautiful mosaic backsplash in their kitchen!

Gluing old CDs to the wall might sound kind of embarrassing, but it actually creates an effect that will take your guests breath away.

Depending on where you stand, light reflected off the CDS creates a colorful light show—and makes the whole room look brighter.

The project took the couple about two months, but they certainly could’ve finished it much faster if they didn’t have a lot of work to do.

So how did they do it? Well, first and foremost, they cut a bunch of CDs into small pieces.

The couple tried using different scissors until they found the ones that worked best. Then, they just started cutting.

If you’re not looking for a specific design, it might be fun to test different sizes and shapes.

When the pieces were ready, it was time to attach them to the wall.

The couple glued them to the wall spontaneously, starting with big pieces. Then, they filled the holes with smaller pieces. But another smart tip would be to start at one end and go from there.

Note that you need strong glue to make the pieces stay on the wall.

After the entire wall was covered with CDs, it was time to finish the job.

They filled in the spaces between the CDs with grout and the mosaic backsplash was complete!

The result? Simply gorgeous, if I say so myself.

Talk about standing out from the crowd!

And the colors—they’re just extraordinary.

Read more about the project at Instructables, where the couple has uploaded a detailed step-by-step guide.

This is just so tasteful—and after seeing it, I’m going to hold onto my CDs instead of throwing them out.

Please share with your friends who love DIY projects!