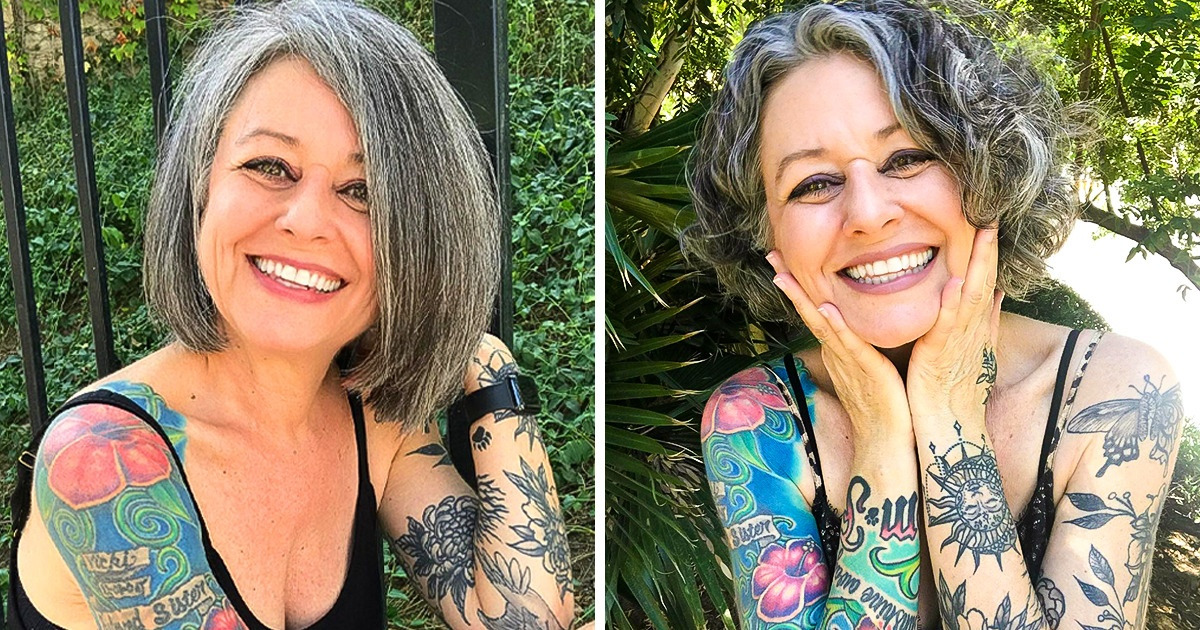 We live in a beauty-obsessed world where women and girls are told that they should be slim, tall, symmetrical, and have flawless skin.

But Lonni Pike, 58, continuously defies beauty stereotypes with her presence on social media.

Since ancient times, beauty standards have influenced the self-esteem of young girls and women. But raising awareness about diversity and showing that all bodies are perfect in their own way is the way to better self-esteem for many people.

And where is it written that when you get to a certain age you have to dress a certain way?

Lonni Pike from California tries to show her followers that women of any age can present themselves in whatever ways make them feel comfortable, regardless of age.

Lonni has a large following on both TikTok and Instagram, with over a million TikTok followers and over 115,000 on Instagram. She is located in California and has gone viral several times on popular apps.

In an interview with Bright Side, Lonni described herself as an ”underdog that everyone wrote off (including myself) who proved them wrong.”

She continued by explaining, “It’s this second chance at life that gives me the motivation to do what I want to do, and it lights a fire in me to help others find their reset button. So long story short, I describe my life as amazing.”

Lonni has clearly made it her mission online to show her followers to define their beauty by their own standards and not by the standards of others. She said:

“If you stop to think about it, why would you want to blend in and look like everyone else? Be bright, be bold, and be yourself because there is only one you!”

Lonni has embraced her own tattoos and gray hair in all of the images she has posted. In the interview, she described these as simply features of her entire self, and explained that people should view the “full picture” of somebody instead of just the parts.

“You know what? We’re moms, we’re grandmas, we’re students. We are women. We are who we are, and we’re just time stamping ourselves to remember who we are,” she stated.

She looks radiant and happy. It doesn’t matter what others think. Why do people feel the need to tell others how to live their lives?

I think she looks good!