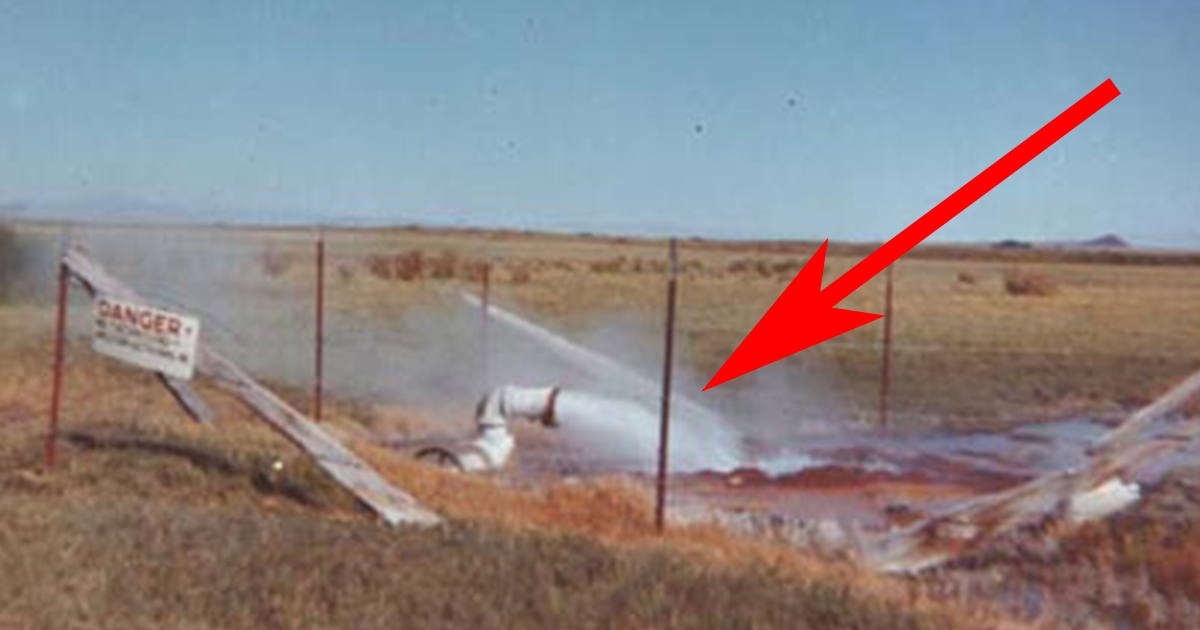 It looks like something from a different planet. Or something out of a sci-fi movie. But this masterpiece is for real. The phenomenon is called “Fly Geyser” and is formed by an accident when a ranch owner drilled for water in the Nevada desert.

It began in the early twentieth-century when the ranch owner drilled a well to raise the quality of the agriculture. But when they had drilled the whole way down to the water they stopped because the water temperature was 200 degrees. In 1964 there was a second attempt. It also failed because the water was too hot.

After the second failure they didn’t cover the well properly… The result? Jaw-dropping.

The high water pressure flushes up minerals and gas. That evolves into an awesome pile that’s just keep on growing.

The water ponds have formed its own ecosystem below the geyser. Here you have small fishes and several kinds of birds.

The strange but magnificent geyser got this look from the different kinds of minerals that reacts with the airs oxygen and the sun. This results in amazing colours.

Several people have tried to buy the land to make it available for tourists. But the owners have refused. The property is still private and surrounded by fences.

The landlord is usually kind and guide the tourists that visit the area. But first you have to get in contact with them to get in. The price for a guided tour differ from time to time.

At Flyranchproject you can read more about the geyser and how to get there.

Wanna watch a gorgeous movie of the geyser from above? Here you have it!