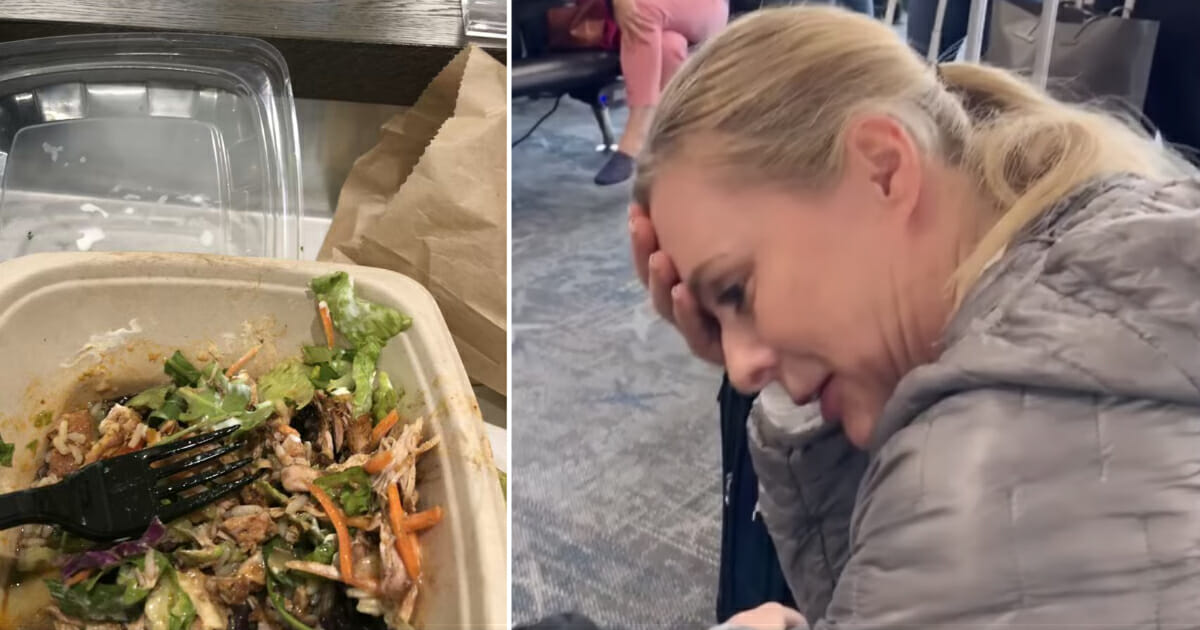 If traveling wasn’t stressful enough, one woman’s trip was made so much more difficult after she found an unexpected addition to her salad as she was waiting for her flight.

The woman likely purchased the salad at the airport in anticipation of her hunger during the long wait time.

But when she dug in with her fork, the picked up the unexpected: a giant grasshopper.

See the video for yourself.

The woman reportedly screamed and proceeded to show the critter to anyone who would look.

In the video, she hides her face in disgust as another person films the now-dead grasshopper. The bug is so big that it takes up a large portion of her salad.

That begs the question: how in the world did someone miss this? Didn’t the person making the salad see a huge living bug amongst the leaves?

Grasshoppers are eaten in many places in the world as part of a healthy and normal diet. While that trend is coming to the United States in slow waves, we can imagine that it’s not a pleasant surprise to find an unexpected bug in your food.

How do you think this grasshopper wormed his way into this salad and survived for so long, until it met its end at the business end of a fork? Have you found any bugs in your food before? Please share if you think this will make someone you know scream!