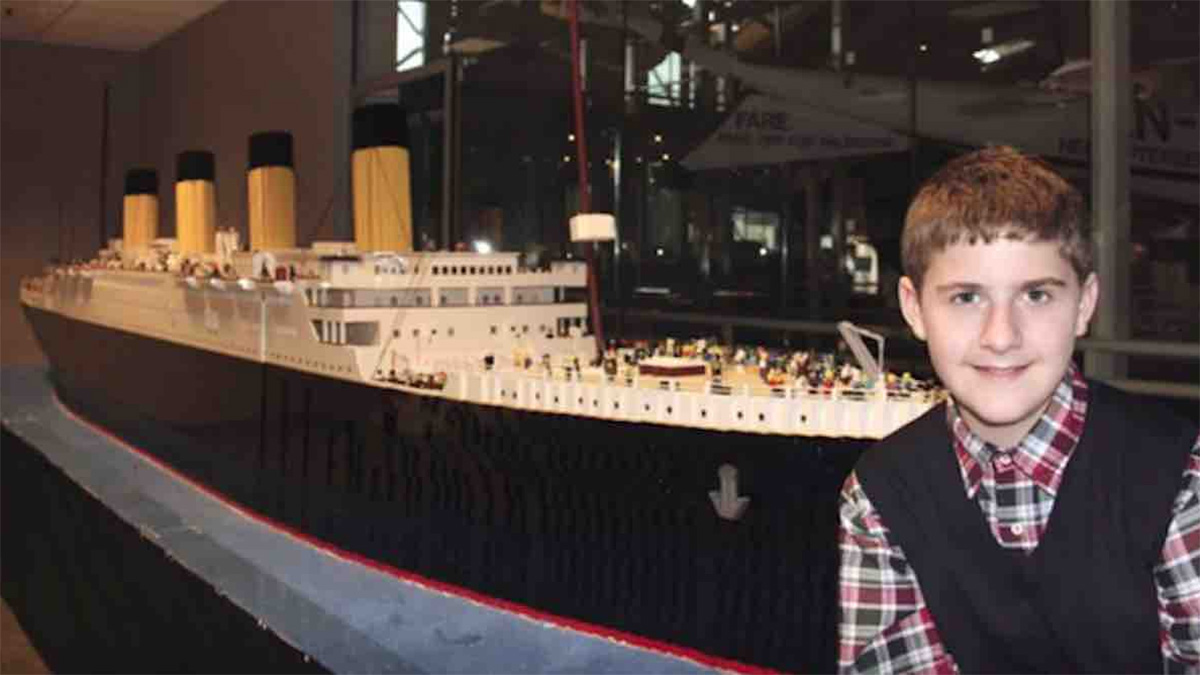 The joy of watching children build with Lego is one all parents can relate to; the silence, the concentration and then happiness as they admire what they’ve created and excitedly show it off.

But for one young boy from Iceland, his love of Lego became a lifeline.

“Suddenly, I couldn’t say all the things I wanted to say. All the words I had learned disappeared into a fog […] I changed from a happy boy into an unhappy and lonely boy.” he said.

“I felt behind, trapped in my fog…I wasn’t able to put words together.”

At the age of 5 his parents took him to a specialist doctor who diagnosed him with autism.

As he grew he learned through pictures rather than words. He discovered he had a passion for ships and Lego and by the time he was 10 years old he knew all there was to know about the Titanic.

“I studied ships a lot, the bigger they are the more I knew about them,” he said.

He decided he wanted to build a replica of his favorite ship out of Lego. His grandfather helped to create the instructions by looking at the original Titanic blueprints and Karl raised the money to buy the bricks through crowdfunding.

He said three things helped him achieve his dream: believing that he could build it, having a good team around him, which is this case was his family, and never giving up.

Karl was just 11 years old when he completed the world’s largest replica of the Titanic in Lego and became a record-breaker.

His amazing achievement led to him to travel the world and onto stages in front of an audience to talk about his creation.

“I was totally unable to communicate when I started the project and now I’m standing on stage and giving interviews,” he said as per The Guardian newspaper.

“It has given me confidence. When I started the building process I had a person helping me in school in every step that I took, but today, I’m studying without any support. I have had the opportunity to travel and explore and meet wonderful people.”

His creation has been displayed in Iceland, Sweden, Norway and Germany, and in 2018 he traveled to the U.S. so his Lego build could be showcased at the Titanic Museum in Tennessee.

Karl doesn’t have any plans to build any more large-scale Lego creations but instead is focusing his attention on ships as he hopes to become a captain one day.

Watch Karl giving a TED talk in the U.S. about the drive behind his amazing creation in the clip below.

What this remarkable boy puts his mind to he will surely achieve.