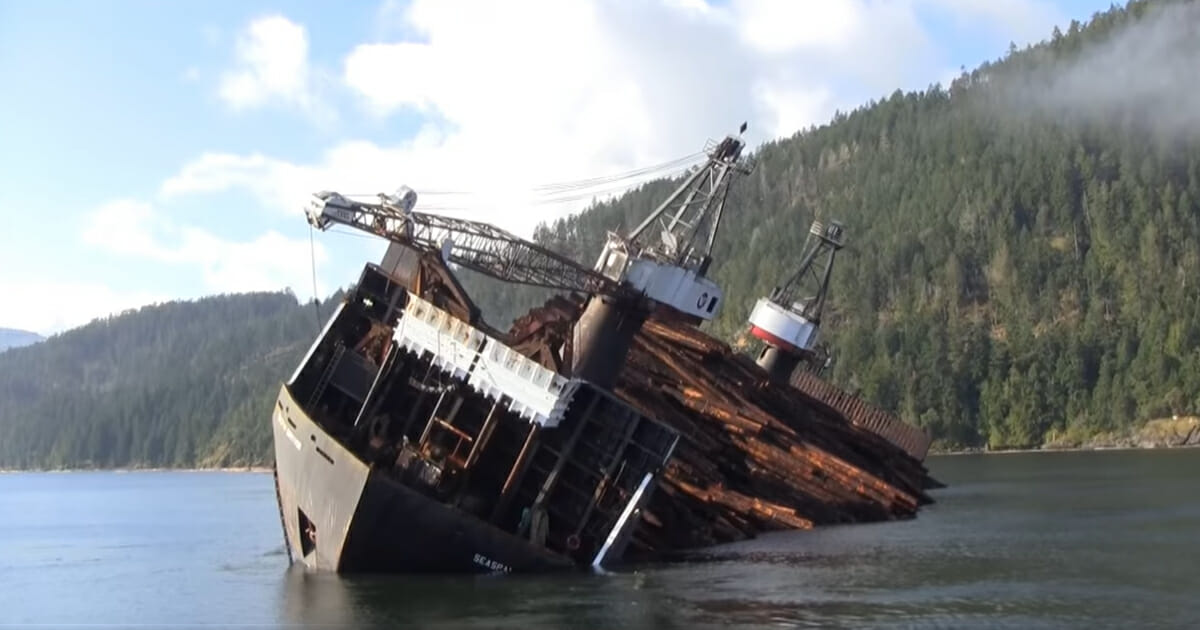 Dramatic footage out of Canada may have viewers on edge, but there’s no need to worry: what’s happening in this video is totally intentional. To anyone watching, seeing a giant barge tip until it looks like it will capsize is cause for alarm. But for these special ships, it’s just a day in the life.

In fact, what you’re watching, is how barges dump wood into the water in order to successfully get them to the local mill.

According to Road Dirt, this is one of the more efficient ways to transport a large amount of lumber from the forest to the mill. 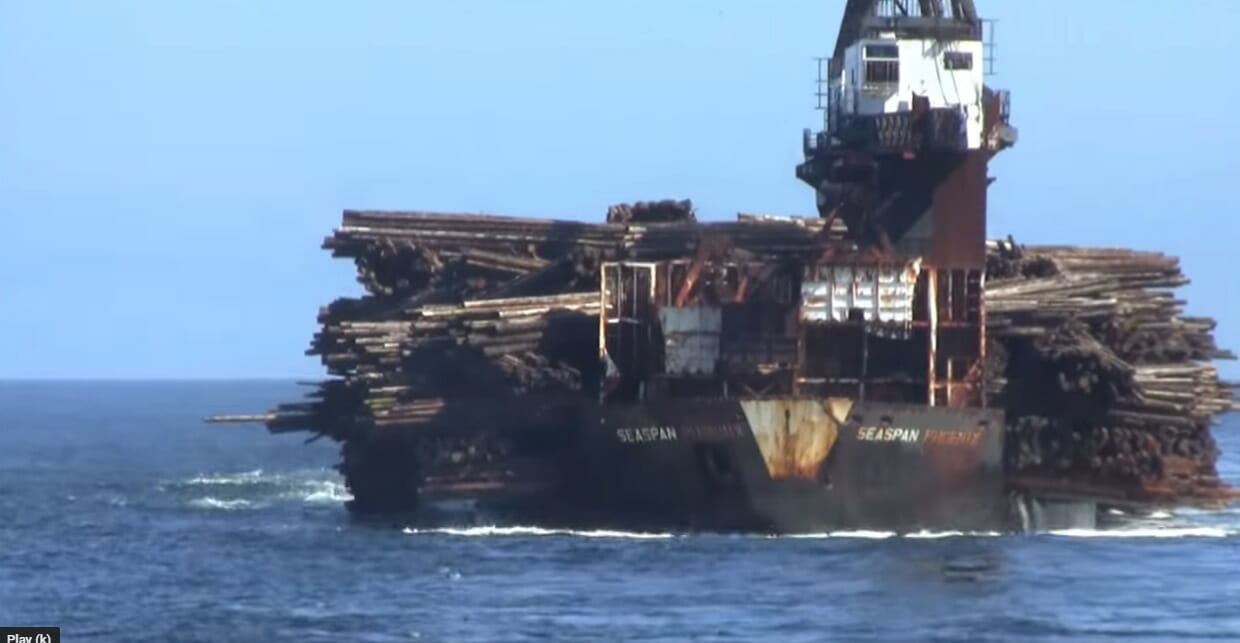 The barge in this video out of British Columbia, the Sea Span Phoenix, is intentionally tipped into the water on one side when the crew fills the vessel’s ballast tanks with water. 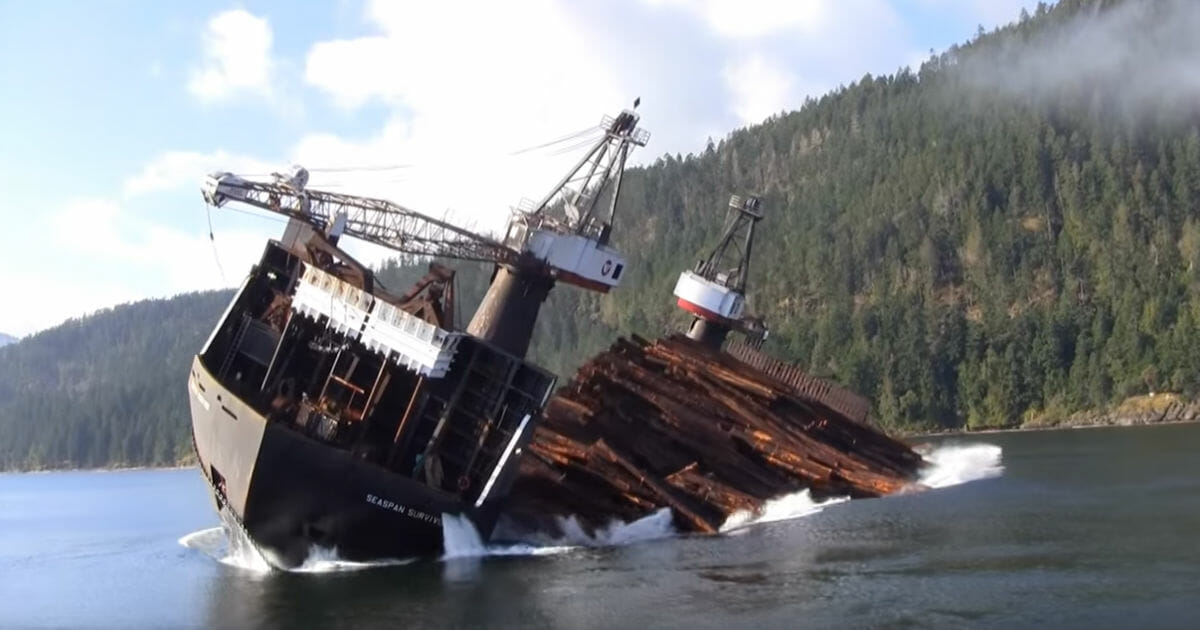 Then, that water is transferred to the part of the barge that’s known as the tipping tanks. This causes the barge to tip to one side. Then, gravity takes charge: the barge tips so much that all the logs are dumped into the water in a matter of seconds. 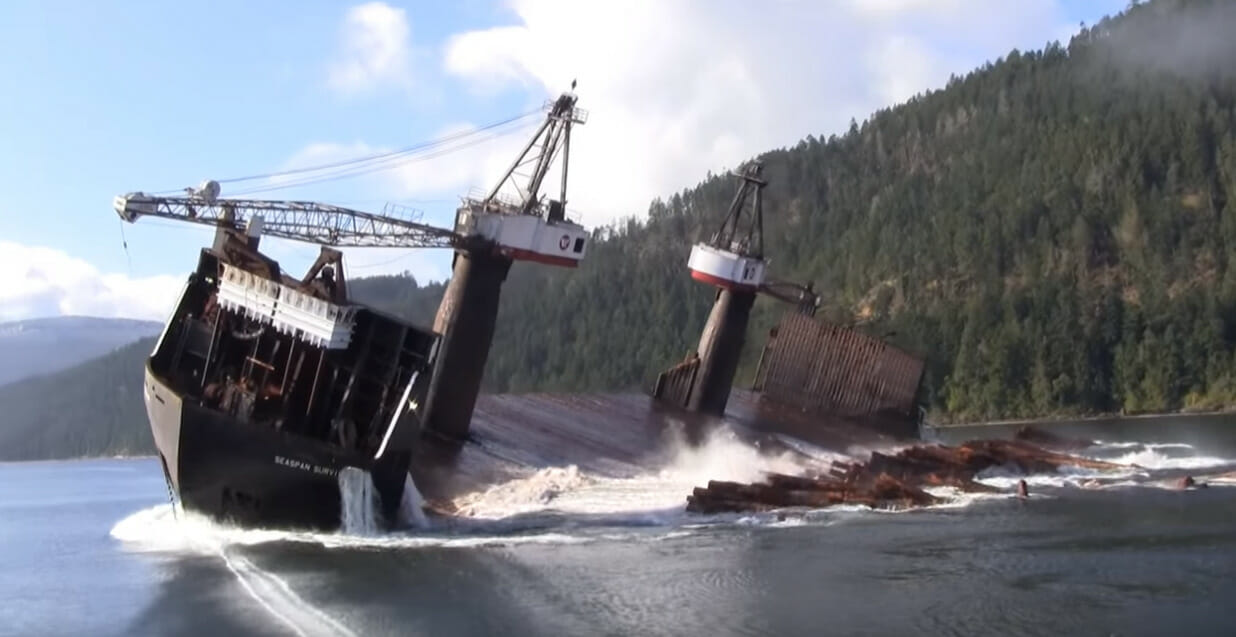 The Sea Span Phoenix is truly a work of ingenuity: it can carry a load of 15,000 pounds. That’s the weight of around 700 logging trucks. Wow!

After the logs hit the water, they float down to the shore, where they are collected.

Please share if you were amazed by this awesome feat of engineering!