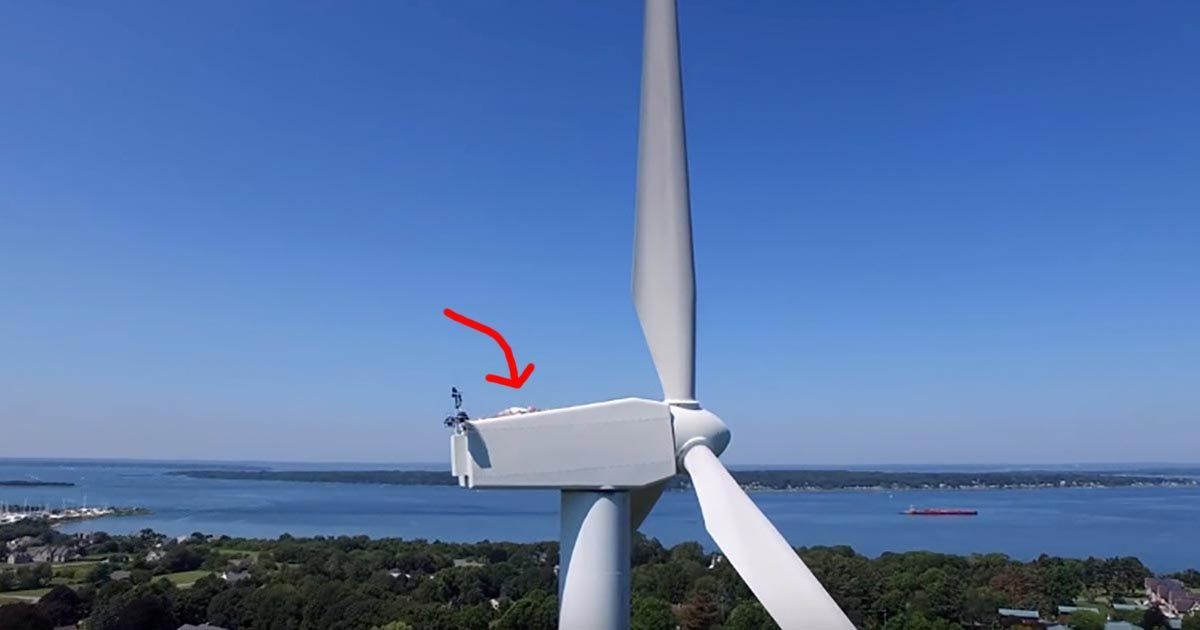 Now that many people own drones, there are a lot of videos of drone footage on the internet.

Some are simply beautiful, while others capture unusual things that we people down on the ground would never expect are going on.

This drone pilot in Rhode Island wanted to make a cool aerial video and flew his drone near a huge wind turbine.

I imagine he thought he’d capture the beautiful scenery so he could share it with his friends and family. But he couldn’t have guessed what his drone would catch on video.

Now, his drone footage from that day is spreading like wildfire on the internet — and I can really understand why!

The man was flying his drone in Rhode Island when he noticed something interesting on top of a wind turbine. You can clearly see in the footage that the door on the top of the turbine was open. It’s unusual and it means that someone must have either left the door after doing maintenance or the door must have blown open. The drone pilot was curious and flew his drone a little closer.

Then, he noticed something moving on top of the turbine — more than 200 feet up in the air. He thought it might have been a bird or maybe a plastic bag that had blown up there.

But he was wrong.

It turned out that there was a man sunbathing on top of the wind turbine! It’s absolutely crazy! But I have to admit, it does look relaxing.

Fortunately, the man didn’t get frightened or surprised by the camera, but just sat up and waved to the drone.

You don’t see a man sunbathing 200 feet up in the air every day! Hopefully, he’s a wind turbine engineer and knew what he was doing. This is certainly not something we’d recommend anyone do.

Check out the video here:

Please share this video with your family and friends so they can also watch this unusual moment!