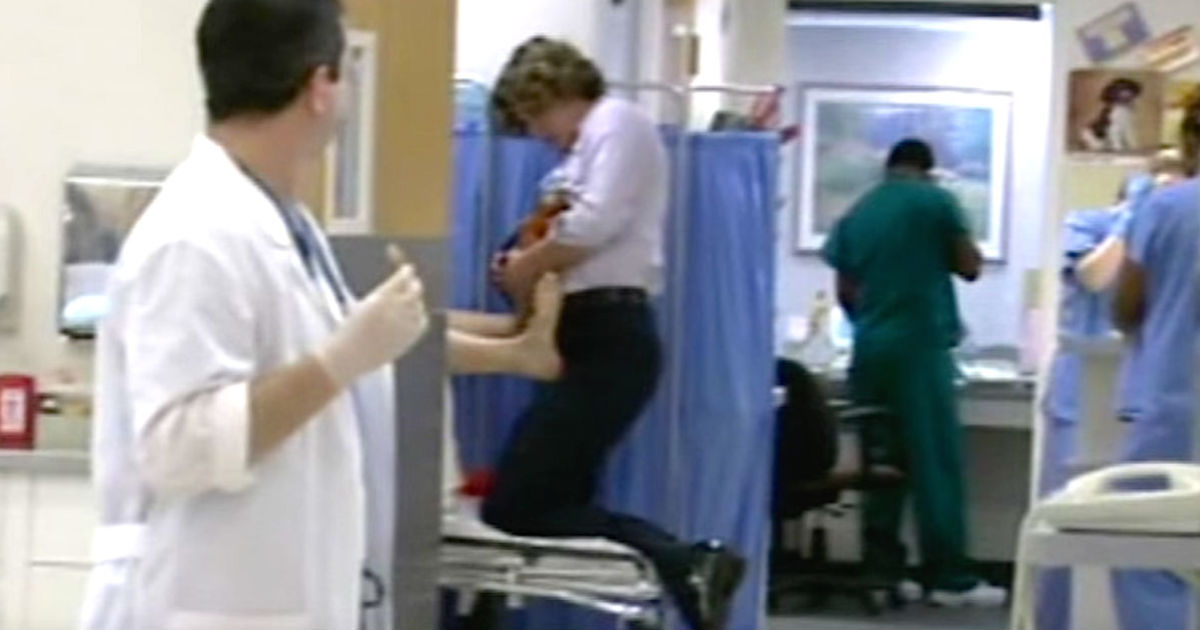 There are some pretty unbelievable childbirth stories out there, but none of them are quite like this. Part of a 2005 episode of “Untold Stories of the ER,” this emergency room delivery soars above your normal childbirth stories. Dr. Mauricio Heilbron, Jr. had his hands full at his San Pedro, California hospital. One of his patients was hallucinating that he had been shot and another’s small intestine was actually outside of his body. But just when he thought his day couldn’t possibly get any more frantic, Dr. Heilbron heard a pregnant woman howling in pain followed closely by the sound of someone running as fast as they could down the hall. And when Dr. Heilbron turned his head, he couldn’t believe what he saw. An unnamed ER doctor leapt onto the woman’s gurney and landed on his knees just as the woman’s baby came flying out of her. Like a psychic American football player who somehow was able anticipate his quarterback’s secret plans, the doctor was there to make the catch of his life. Everyone in the ER was stunned, and Dr. Heilbron let out a “Sweet catch!” and got a better look at the hero. “Here’s this immaculately-dressed emergency room physician now covered in afterbirth, blood, fluid, feces, urine, God knows what else,” Dr. Heilbron says. Thank goodness the ER doctor had the sense to act when he did. It’s unimaginable to think what would’ve have happened otherwise.

If you also think that this hero deserves appreciation for his heroic act, please share this article!