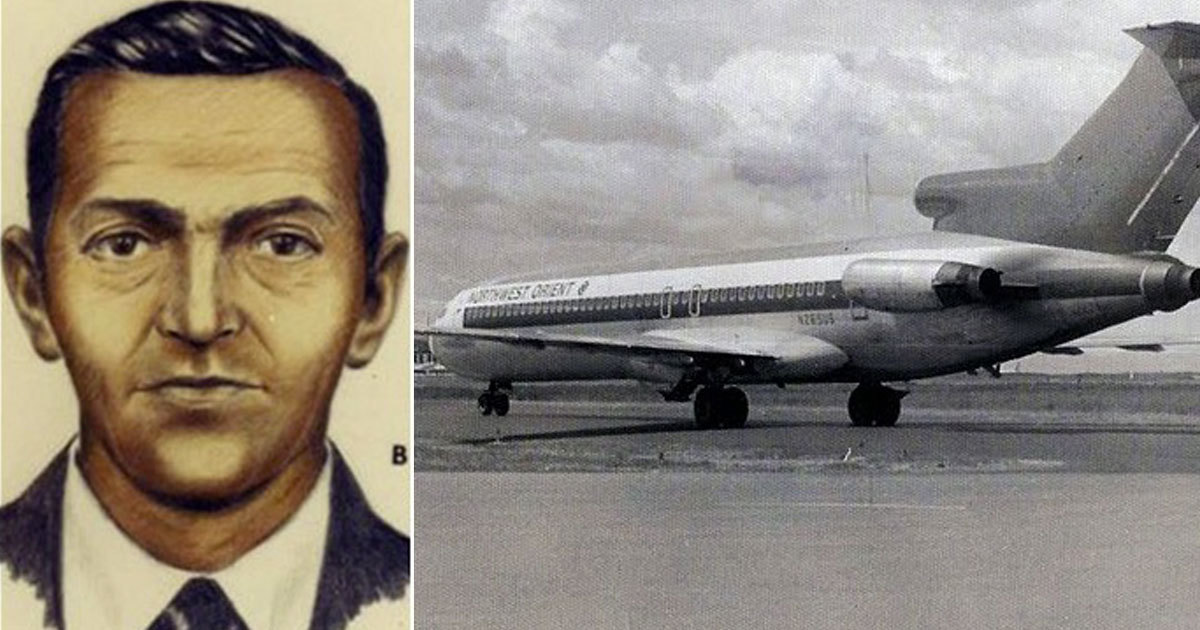 On the day before Thanksgiving 1971, a slender man in a dark suit carrying a briefcase boarded a Boeing 727 in Portland, Oregon. He sat down in his seat, lit a cigarette, and ordered a drink. The plane was heading to Seattle, a quick 30-minute flight away. But far from being a regular flight, the trip was the start of one of the most enigmatic mysteries in American history. The well-dressed man who boarded the plane in Portland bought a one-way ticket using the name Dan Cooper.

The man the press called “D.B.” Cooper would go down in history as the only person to ever hijack a plane and escape justice. In fact, there is not much to go on when it comes to the mysterious Cooper. He’s never been identified, and no one knows what happened to him after that fateful day of November 24, 1971. Although the FBI recently closed the investigation after more than 40 years, the mystery remains unsolved… Or does it?

It was a chilly November day when a man calling himself Dan Cooper boarded Flight 305 to Seattle. Cooper behaved just like any other passenger. He was handsome, well-dressed, smoked a cigarette. and ordered a bourbon and soda.

The plane, a Boeing 727-100, was to be in the air for about 30 minutes before making its scheduled landing.

Shortly after takeoff, the man passed a note to one of the flight attendants, saying that he had a bomb in his briefcase. (The exact wording of the note is unknown, as Cooper later reclaimed it.)

Flight attendants and members of the crew (pictured above) who spoke with Cooper described him as easygoing, confident, and courteous.

In a polite and friendly tone, Cooper demanded $200,000 and several parachutes. He ordered the plane to land at the Seattle airport, where the plane would refuel while the money and parachutes were brought to him.

While the plane was on the ground in Seattle, Cooper asked that it be taxied to a secluded area and the lighting inside the cabin be turned off, in order to obstruct any snipers. Cooper released the passangers and some of the crew, and authorities handed over the money and parachutes. Cooper then ordered the plane back up in the air with the rear door open and the staircase extended.

Shortly before the plane passed over the Washington-Oregon boarder, Cooper shut the whole crew in the cockpit. Alone in the aircraft’s cabin, Cooper climbed down the stairs at the back of the plane and parachuted out into the dark night.

The crew was able to land safely and no injuries were reported during the hijacking. But where did Cooper go? This is still anybody’s guess. He has never made himself known and no one has ever figured it out. He literally disappeared without trace.

But a few clues have surfaced over the years. In the fall of 1978, a manual was found that explains how to open the rear passenger stairs of a Boeing 727. The book was later shown to have come from the plane Cooper hijacked. In 1981, an 8-year-old boy found a few packs of ransom cash in the Columbia River that was stacked in the same order as when it was given to Cooper.

More than 1,000 suspects were questioned over the years before the FBI closed the unsolved case in July 2016. The official theory is that Cooper died during a parachute jump.

Many people believe that the case was solved in the mid-90s when a man named Duane Weber told his wife that he was actually the mysterious hijacker Dan Cooper. It was unlikely that Cooper would disclose its identity after all these years, but when the FBI looked at Duane Weber and compared him with DB Cooper’s identity, they had lumps in their throats. Duane and Cooper were strikingly similar.

The FBI thought perhaps that they had caught their man, for there was much to his story that sounded true. But with the help of DNA, they later proved that Duane Weber was not D.B. Cooper.

Theories as to what actually happened to the “Robin Hood” of the sky are many. But the fact remains: “D.B.” Cooper has never been seen since 1971.

What do you think happened to the mysterious Dan “D.B.” Cooper? Let us know in the comments below! And don’t forget to share this fascinating story with your friends!