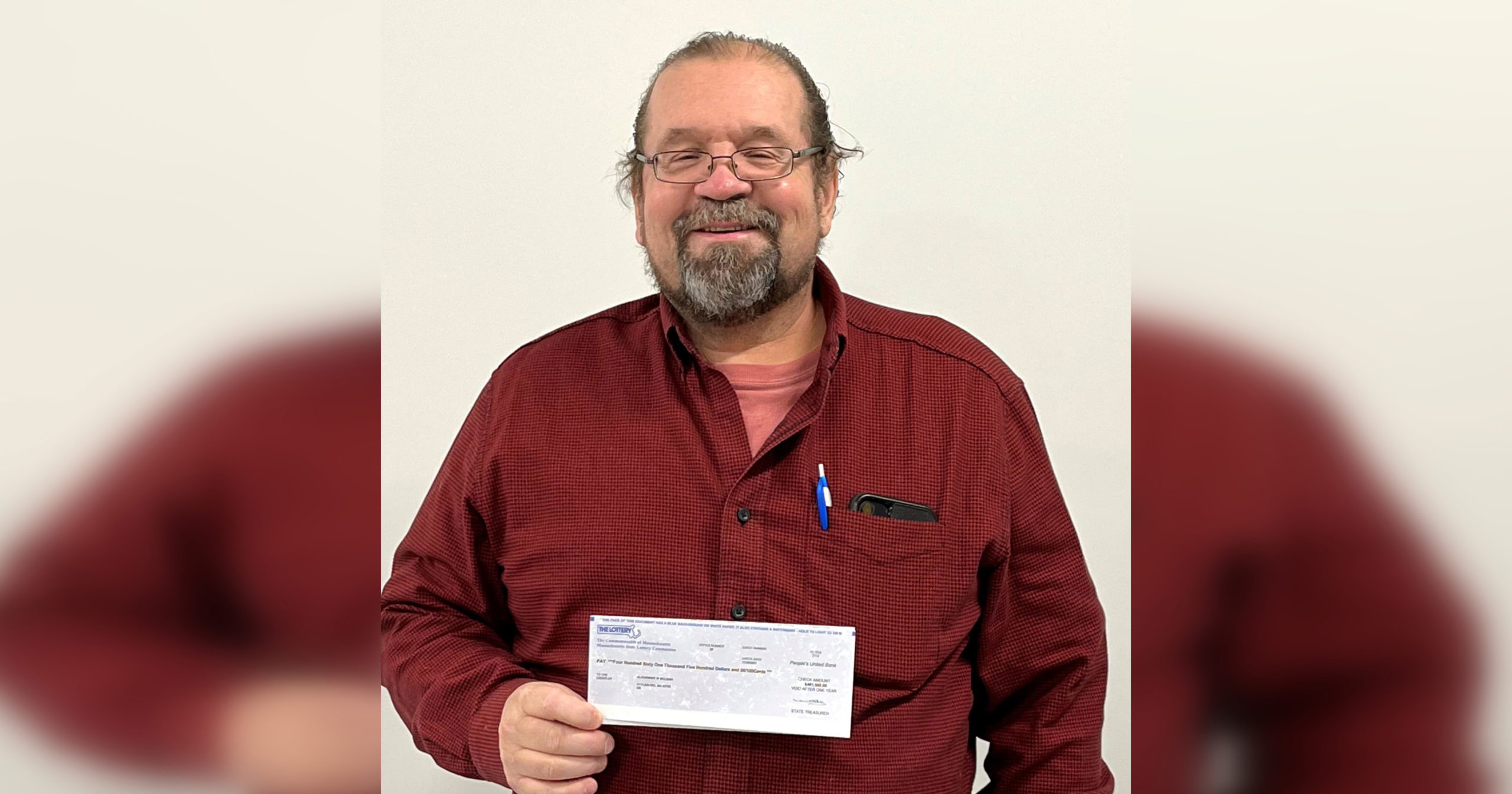 Life works in mysterious ways, and sometimes the most unpleasant experiences can unexpectedly lead to great things.

That was the case for one lucky man, who is now a millionaire — and it all started with open-heart surgery.

Alexander McLeish, of Attleborough, Massachusetts, underwent the surgery early last month. While that’s never a pleasant experience, he at least had the support of his friends.

While he was recovering over Thanksgiving weekend, childhood friend named Larry sent him a “get well” card, with a few scratch-offs from the Massachusetts State Lottery inside.

He continued playing… and soon was stunned to discover he won a $1 million prize!

Fittingly enough, the word that won him the jackpot was “HEART.” Alex was stunned by his good luck.

“We double-checked it, triple-checked and quadruple-checked it because you want to make sure it’s real before you mention it to anybody,” Alex told the Boston Herald. “It was a little bit of disbelief at first but then it settled in and it was like wow, I can’t believe this happened, you know?”

According to the Massachusetts Lottery, that’s the second-largest possible jackpot from the game. The odds of winning are just 1 in 1,008,000.

According to the lottery’s site, Alex took his winnings as a one-time cash sum of $650,000, before taxes.

Remarkably, this isn’t even the first time this has happened: a few years ago, Larry gave him a scratch-off for his 60th birthday, and Alex won $1,000. (And both lucky scratch-offs were purchased at Quickeez Beer, Wine and Convenience Store in Carver. The store receives a bonus from the lottery for selling a winning ticket.)

But this time Alex has won a real jackpot, and he’s decided to spread the wealth: he says he will give part of his winnings to his sons — and some to Larry, who is clearly his good luck charm.

Alex told the Herald that he had already booked an upcoming trip to the Bahamas, but it will “be a little bit more enhanced” thanks to his winnings.

What a remarkable coincidence. It’s a story that shows that amazing things can happen when you least expect them — but the real moral of the story is, always let Larry choose your lottery tickets! 😆