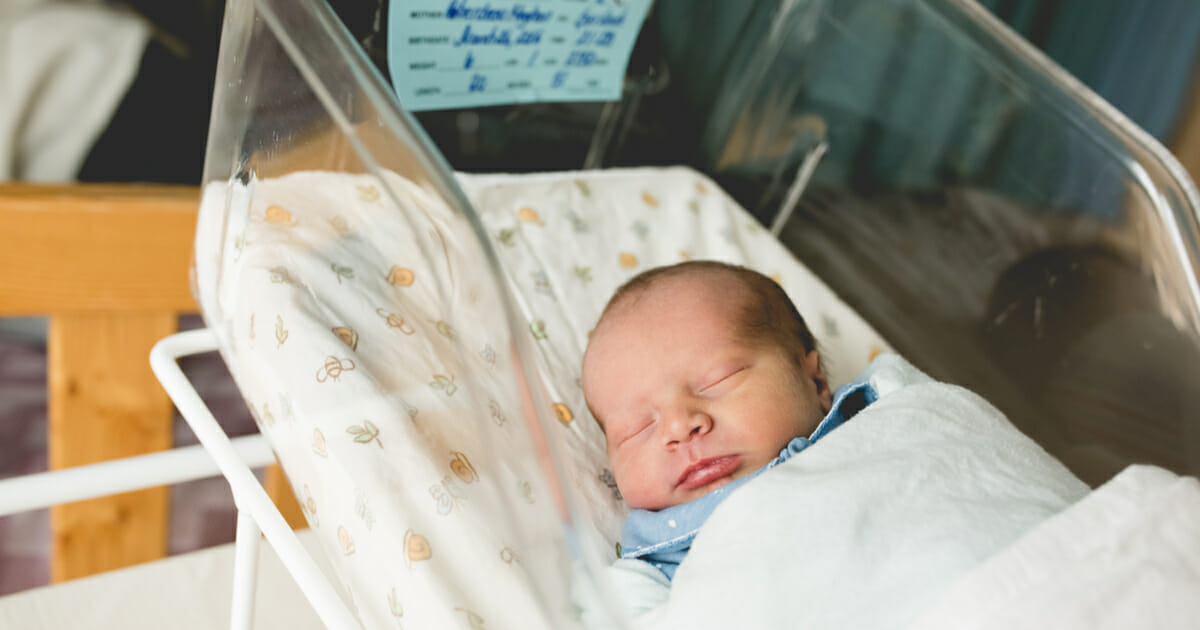 One of the trickiest things about married life is getting along with your in-laws. So many people are instinctively protective of their kids, even when they’re grown, that they can’t bring themselves to embrace their partner.

They’re your significant other’s parents, though, so you have to make nice, even if you butt heads along the way.

Plenty of people have in-law horror stories… but this one might take the cake: a story one new mother shared has people shocked and horrified, to the point that some are calling on her to get out of the marriage!

In February, the mom wrote to the Slate advice column with a particularly unusual story about her husband and their newborn baby.

The couple had compromised on the middle name of the baby: he proposed the name “Finlay,” and she agreed if they instead spelled it “Finley.”

But two months after the baby was born, she made a surprising discovery: his middle name actually was “Finlay.”

“I discovered this all when I went looking for his Social Security card and birth certificate to file them away properly,” the mom wrote.

It turned out, her husband was the one who changed it on the documents… and kept it a secret from her this whole time.

“His mother even sent a Christmas gift to middle name ‘Finlay,’ and when I made a comment to my husband he didn’t even have the decency to tell me!” she wrote.

“He just let me keep believing for two months that our son’s middle name was spelled Finley when it legally isn’t!”

But the really insane part of all this is that the husband didn’t make the decision himself: he was apparently “guilt-tripped” into it by his mother, who wanted a “more masculine” spelling.

And even worse: they did this all behind her back while she was recovering from her emergency C-section.

“His mother has always been a manipulator and I have always known she doesn’t like me,” the woman wrote. “But she blatantly disrespected me and the name my husband and I had chosen for our son.”

She says she plans to change the name back, and asked for advice on how to confront her mother-in-law about the issue.

Columnist Carvell Wallace was horrified by her story—and while he encouraged her to call out her mother-in-law, he says the bigger issue lies with her husband.

“He’s got to decide if you are his co-parent or if his mother is,” Wallace wrote. “And until he makes that decision, he can’t be trusted. Period.”

In his view, this was a serious problem… even grounds for leaving.

“Purposefully changing the name of your child on a birth certificate behind your back is pretty close to a fireable offense if you ask me,” he wrote. “I don’t take divorce lightly, and I’m not recommending it on the strength of this one event alone, but a thing like this gets up to a good 65 percent on the Potential Divorce-O-Meter, and if I were you I would need some time to get over this.”

Next time you get into a feud with your mother-in-law, remember that it could always be much worse.

Hope everything works out for this family! Share this crazy story!