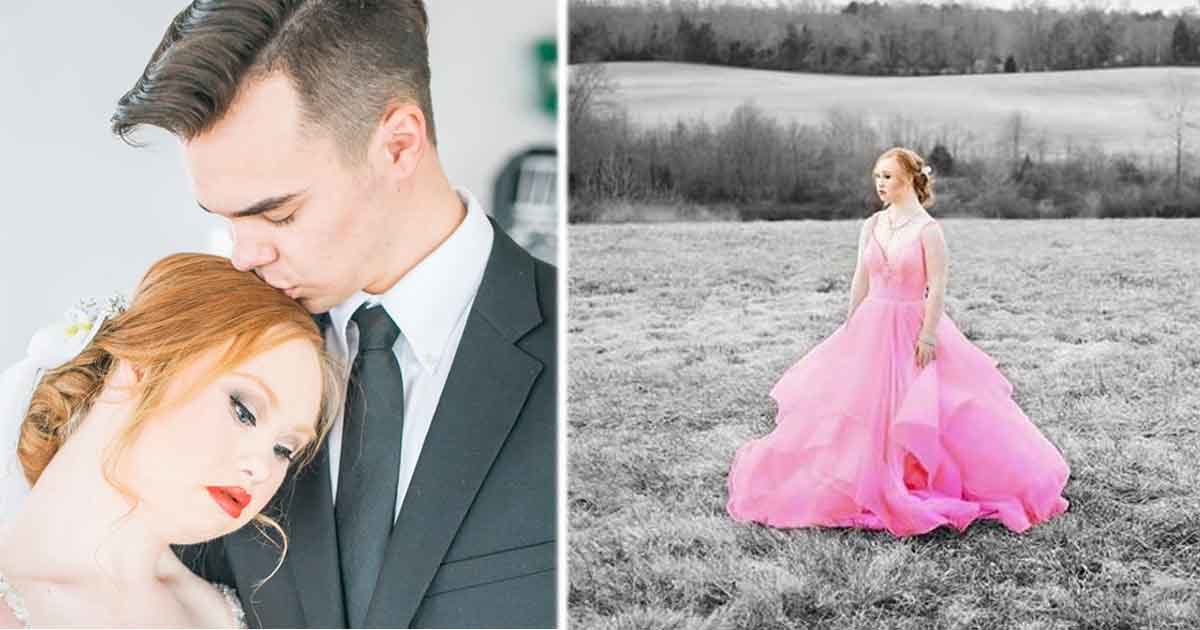 19-year-old Madeline Stuart from Queensland, Australia, had an incomparable 2015. In July, she fulfilled her dream of making history as the first person with Down syndrome to land a modeling contract. In September, Madeline was the first ever model with Down syndrome to attend a show at New York Fashion Week. And in December, she won an award in Sweden honoring her for the inspiration she’s given young people who face challenges. And 2016 has been just as good for the 19-year-old model. Her career is taking off at rocket speed. Here are Madeline’s latest series of images to be praised.

This was one of Madeline’s first pictures to take off in social media. And it helped lead her to a modeling contract with the US agency, Manifesta.

The next two pictures were taken by world-famous photographer Sarah Houston and they’re part of a collection that is now being celebrated worldwide. Madeline truly breaks new ground and dares people to follow their dreams. What a role model! The pictures are truly magical.

“A lot of newly engaged women cannot see themselves as a bride because all the images magazines use are of these tall, thin models. I think that being a bride is a life experience that every woman should be able to see herself doing, and definitely not stressing about the fact that they won’t look ‘perfect’ on their wedding day,” says Isadora Martin-Dye, who owns the company that sells the wedding dresses that Madeline is modeling.

See even more photos from Madeline’s wedding photo shoot in the video below. They’re really fabulous!