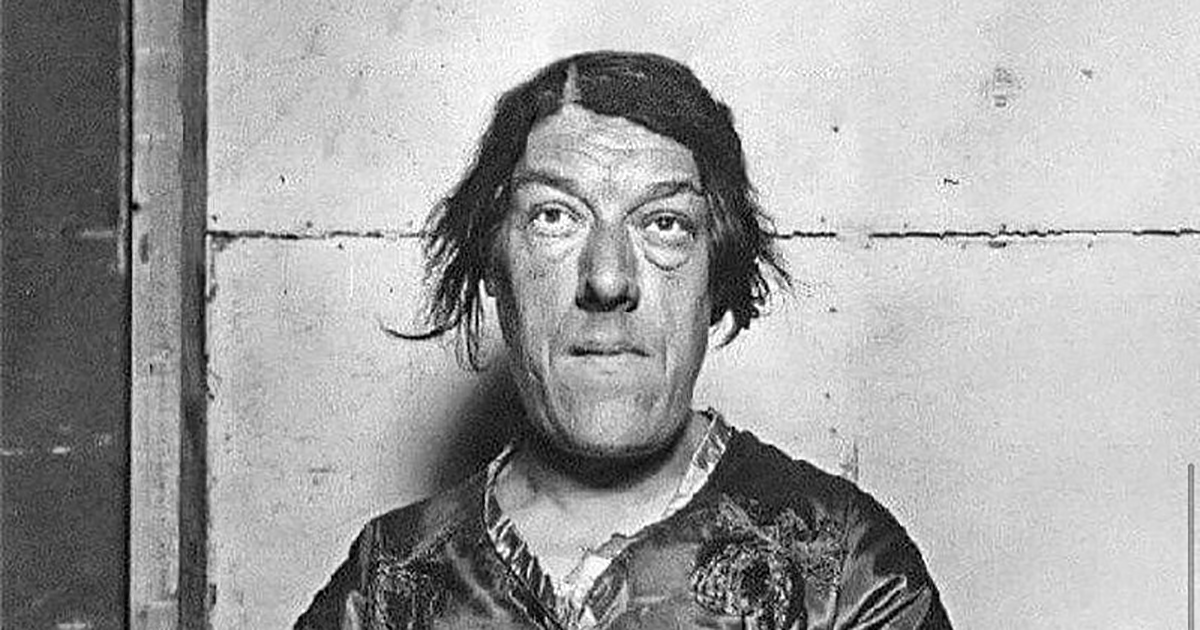 In many ways, I’m happy with how far our society has come in 2022. Sure, certain things were better in the old days, but if we look just a few centuries back, there are aspects of everyday life that well and truly belong in the dustbin of history.

In the 19th century, ”freak shows” were one of the most popular attractions out there, and viewed as a normal staple of American culture.

In essence, they were traveling circuses displaying “odd” people – such as bearded ladies and Siamese twins.

One such “odd” person, Mary Ann Bevan, became known as the “Ugliest Woman in the World” – and her remarkable history and tragic fate show why we must never forget her…

Individuals of different ethnicities or with different physical abilities have always fascinated people – but putting them on public display and making money out of them is something that is wrong, no matter the time period we’re talking about.

Today, it’s just unacceptable to treat deformed people as objects of entertainment – but in the 19th century, crowds flocked to see them. From the 1840s to the 1940s, “freak shows” were at the peak of their popularity, and exploitation for profit wasn’t considered morally wrong.

Therefore, it’s perhaps not so strange that the story of Mary Ann Bevan begins during this particular era in history. She was born Mary Ann Webster on the December 20, 1874, in Plaistow, East London, United Kingdom.

During this time, it was common for there to be veritable crowds of children in almost every working-class family. Mary Ann Webster was one of eight children, and was just like her siblings (six of them being brothers) while growing up.

When her brothers got older, they were sent off to work to provide for the family. But Mary Ann had other opportunities. After finishing her medical studies, the gorgeous brunette became a nurse in 1894. At this point in her life, her future looked promising.

She was a beautiful young woman with delicate features; she had a good education and lived in London. This city was economically prosperous and had become the center of the modern world.

Mary Ann also found love in 1902, when she married Thomas Bevan. The couple were very happy together, welcoming four children during their marriage. Sadly, though, the good times didn’t last forever. After 14 years together, Thomas passed away from a stroke. Mary Ann was devastated, not to mention left alone with her four children.

Unfortunately, other things were also plaguing her mind. An medical issue had started to affect her just after she married Thomas, and it only worsened as the years passed.

Around the age of 32, Mary Ann started showing signs of acromegaly. She must have been terrified when the first symptoms showed up, and sadly, it wasn’t easy to get help for the rare condition.

At that time, acromegaly was an unknown disease, and doctors had little knowledge about how to treat it. Acromegaly is a disorder where the body produces too much growth hormone, resulting in enlarged body tissue and bones. It’s a cruel condition, one that often makes the affected person’s hands and feet three times their usual size.

The disease usually appears after puberty, but in the case of Mary Ann Bevan, the disorder showed up later in life and affected her face. While battling the condition, her face rapidly became larger and more masculine.

Today, we know much more about the disease. For example, we know that it affects as many as six in 100,000 people. The condition can also be treated if it is detected in time. For people who are diagnosed with acromegaly today, for example, life expectancy is equal to that of the general population – providing they receive the proper treatment early on.

But such medical advances were sadly not something that Mary Ann Bevan would benefit from. Instead, she was massively impacted by the disease – both financially and psychologically.

During the period she was married to Thomas, the condition wasn’t too bad. Mary Ann got some comments but could find comfort in her husband, and her family offered support.

When Thomas died, however, the situation escalated, and it became difficult for Mary Ann to provide for her children. Her physical changes were drastic, and the condition plagued her whole body. She went from a stunning young mother to a crestfallen, unrecognizable widow in just a few years.

With her appearance changing, no one wanted to hire her anymore. Her employers didn’t want to have a deformed woman who attracted attention working for them – many of them were also frightened when they saw Mary Ann’s enormous face.

Then, one day, Mary Ann saw an ad in the newspaper that would change her whole life. The ad stated the following:

The man behind the ad was a man named Claude Bartram. He worked as an agent for an American circus, Barnum, and Bailey. With debts and bills piling up, Mary Ann saw no choice but to answer the ad.

She didn’t do it to get famous or rich – it was all about putting food on the table for her beloved children. Mary Ann was a mother above all else.

After Mary Ann sent in a photograph of herself, Bartram reached out to her. The photos of her later became widely known among the public.

But while many people just saw a scary picture of a giant woman, Bartram saw something more. There were details in Mary Ann’s face and personality that went unnoticed.

“She was not repulsive at all. She had the kind of face one usually finds in a giant, a powerful, masculine jaw, prominent cheek-bones, nose and forehead, but she was unblemished, healthy and strong. She told me she did not like the idea of placing herself on exhibition, she was shy and did not want to be separated from her children,” Bartram later explained, according to Daily Star.

“I told her she would earn £10 per week for a year, travelling expenses and all the money from the sale of picture postcards of herself, so she could provide for the education of her children.”

At the beginning of her new career, she attracted a lot of attention and was so successful that she was invited to the Dreamland Circus in Coney Island.

In 1920, she took the boat over the Atlantic, and when she arrived in New York, Mary Ann was already a famous face. Almost every newspaper in the Big Apple had a picture of her on the cover as Mary Ann was dubbed “The Ugliest Woman on Earth”.

Mary Ann would become a massive star at the Coney Island Circus, which was run by Samuel Gumpertz, a successful Missouri showman.

The newcomer from England outshone her circus colleagues, and Mary Ann became the big attraction, in competition with bearded ladies, conjoined twins, and other people with various physical disabilities.

But some people saw the immorality of putting people on display in the circus. Exploiting freak show performers’ disabilities for profit stirred up emotions, even in the 19th century. One doctor, leading neurosurgeon Harvey Cushing, took action and demanded they leave Mary Ann alone.

”This unfortunate woman who sits in the sideshow of Ringling Brothers ‘between Fat Lady and Armless Wonder’ and ‘affects white lace hats, woollen mittens and high laced shoes’ has a story which is far from mirth-provoking.

“She, previously a vigorous and good-looking young woman, has become the victim of a disease known as acromegaly,” he wrote in a letter to Time magazine.

But ordinary people still flocked to the circus, and the directors made a lot of money. Unfortunately, Mary Ann had to endure quite a lot in New York. She was forced to wear male clothes to look more unattractive and unfeminine. She also had to put up with comments and laughter, which must have affected her self-esteem.

But there was an upside that convinced her it was worth it. According to the Daily Star, Mary Ann earned almost $590,000 during her time with the circus. She went through a lot, but she made a fortune. Smiling mechanically, she also offered picture postcards of herself for sale.

The money enabled Mary Ann to send her four children to boarding school in England. Leaving her children on another continent is, of course, a mother’s worst nightmare – but Mary Ann had no choice, and in the end, she did everything to create a better future for her kids.

The self-sacrificing Mary Ann showed what true beauty is: when you are willing to give everything for the people you love.

In 1925, she went back to participate in an exhibition in Paris, but for the rest of her life, she lived in New York and worked at the Coney Island Dreamland Show.

Mary Ann died in 1933 of natural causes. She lived to be 59 years old, and after her death, her children fulfilled Mary Ann’s last wish: to be buried in her birth country. She now rests at the Ladywell and Brockley Cemetery in South London.

I don’t know about you, but Mary Ann has my respect.

Her story shows the sheer determination she had to support her family. In her time, there were no benefits like today; she had to earn a living. She was a truly loving mother, one who put her children first and herself last.

Rest in peace Mary Ann, you deserve it.