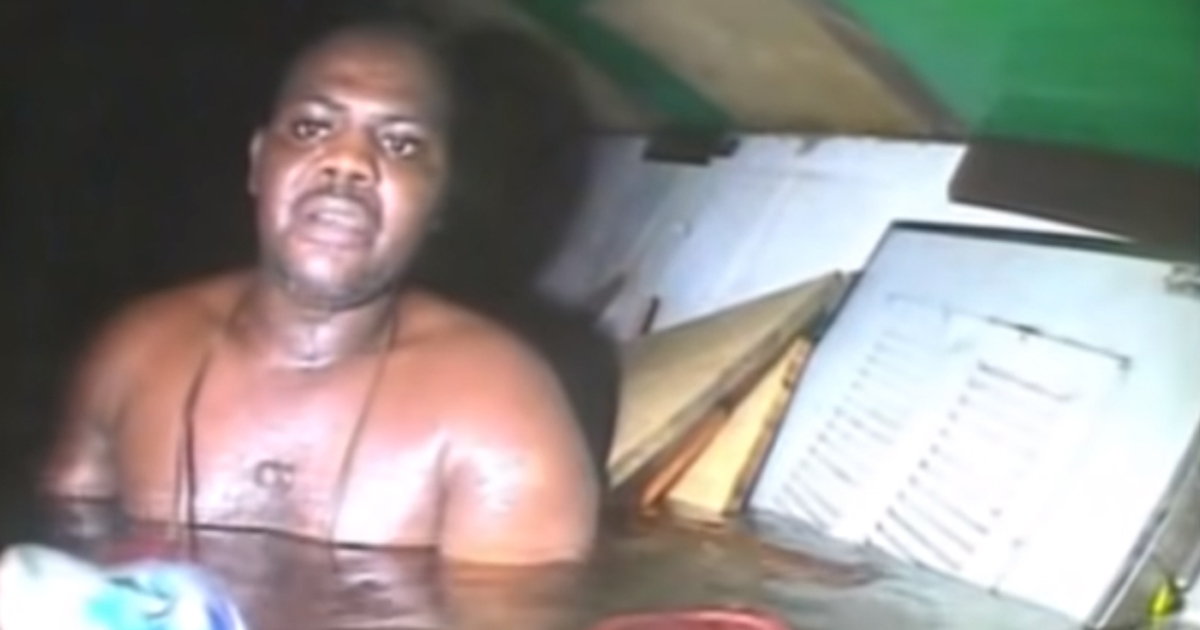 In our society and on the TV news, it is easy to focus on all the terrible things that are happening: There have been a lot of doomsday headlines about the climate, shootings, and the pandemic. It’s easy to think that the world is heading in the wrong direction, in general.

Therefore, I think it is vital to highlight stories that show humanity’s strength and persistence. Miracles can happen, and obstacles can be overcome, despite gloomy prospects.

The story of Harrison Okene, the accidental aquanaut, is one such.

It all started when a tugboat was about to tow an oil tanker off the coast of Nigeria. Harrison Okene worked as a cook on board the Jascon 4 and enjoyed his life on the sea.

On this day in 2013, the tugboat was supposed to stabilize the vast oil tanker out in the Atlantic, a few miles off the coast of Nigeria.

It was a routine job – but the weather made everything complicated.

Storm winds plagued the crew and made the situation extremely dangerous. Suddenly a giant wave came, which hit the tugboat and caused it to start sinking. The situation turned into a nightmare in seconds, and the 12-man crew on Jascon 4 all went under in the waves.

At least, that was what the Coast Guard thought.

The boat sank fast settled 30m down on the sea bed. Seawater rushed in, and the crew members had no chance of survival.

Everyone drowned – except the ship’s chef, Okene.

When the boat capsized, he was in a place that came to save his life.

”It was around 5 am and I was on the toilet when the vessel just started going down –- the speed was so, so fast,” Okene told AP.

Everything was pitch black but Okene somehow managed to get out of the toilet and found an air pocket in the engineer’s office.

He managed to build a small platform to keep his upper body above the water and thus prevent hypothermia. But, even if the air pocket gave him a chance to survive, it would not keep him alive forever.

It’s hard to imagine the feelings of fear and panic that must have washed over Okene down there in the dark. He was only wearing his underpants in the cold, black and noisy little room. From his safe place, Okene could hear sea creatures eating his dead colleagues.

Okene realized that there was only one thing he could do: Pray for his life.

“All around me was just black and noisy. I was crying and calling on Jesus to save me. I prayed so hard. I was so hungry and thirsty and cold and I was just praying to see some kind of light,” Okene said.

Unbelievably, his prayers would be answered. Finally, after two and a half days in his little air pocket, Okene heard noises outside the hull. A South African diving team went down to the boat to pick up the bodies inside the shipwreck, and when they started inspecting the rooms, one diver discovered something that made him freeze.

At first the diver, Nico van Heerden, thought that he had found another dead crew member. But when he saw Okene, he quickly noticed that the hand moved and the sailor was alive. As soon as his surprise died down, the diver received instructions on calming Okene by patting him on the shoulder.

The diver’s camera caught the shocked reaction and the moment comes at :50 in the video below.

Okene showed exceptional calm upon being discovered and followed the diver’s instructions, who carefully helped him back to surface.

”I knew when he gave me water he was observing me [to see] if I’m really human, because he was afraid,” Okene told the AP.

It was no easy feat. When the man finally emerged he was remained in a hyperbaric chamber for several days to avoid brain damage. His discovery and rescue can only be called the “The Great Escape”! Okene later explained that the managed to survive on a Coca-Cola can trapped with him.

Despite some incredibly harrowing circumstances, Okene bounced back and managed to return to his wife, Akpovona. According to her, her husband suffered from nightmares months after the incident.

‘When he is sleeping, he has that shock, he will just wake up in the night saying “Honey see, the bed is sinking, we are in the sea,”’ Mrs. Okene said.

After his near-death experience, Okene swore that he would never go near the ocean – but he later changed his mind. And this is very this story once again could be from a Steven Spielberg movie script.

“I’ve got a friend for life. Once you saved someone’s life, you share a bond with that person very few people would understand, ” van Heerden told Netwerk in 2015.

In 2015, Okene overcame his hydrophobia and took some diving lessons. As a result, he became a certified commercial diver and Nico van Heerden presented Okene with his diploma.

“I am very, very happy to become a diver. It was so nice. I enjoyed myself, now I am trained to rescue other people,” Okene said.

The look on Okene’s face when he was found is something I will remember forever. When you’d accept death at that point, seeing hope must’ve been incredible!

To me, this really shows that you should never give up hope. What a great feeling it must have been to be rescued after all that time in the dark and freezing cold!