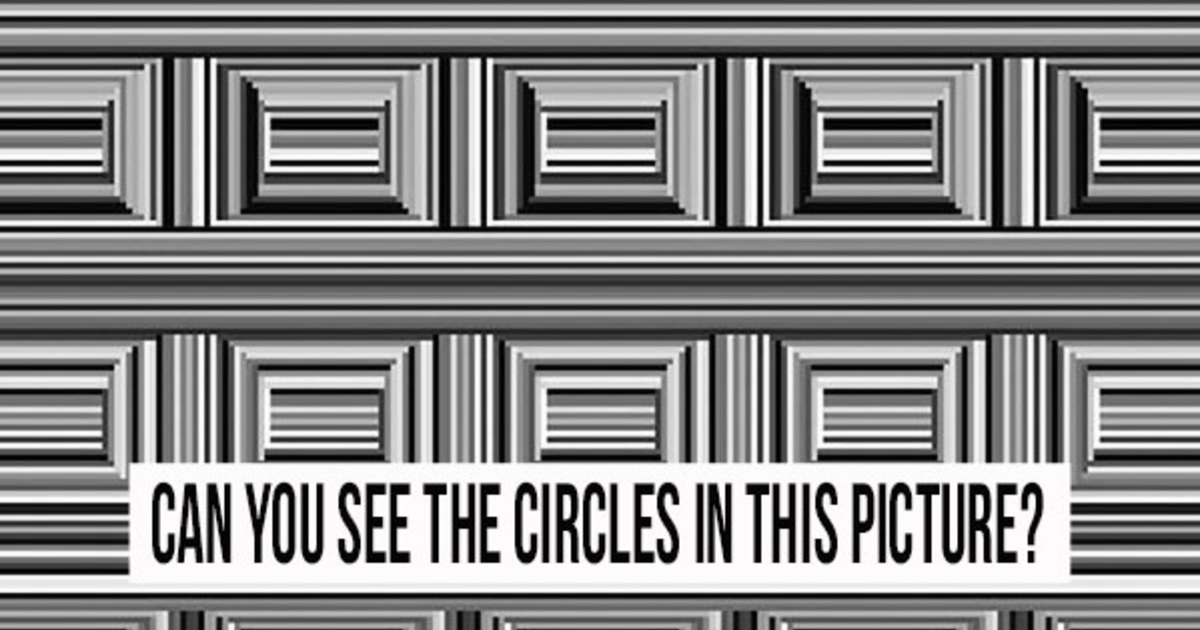 At first, it doesn’t seem that hard. You just have to find the circles in this picture and you’re done.

But the entire internet is currently scratching their heads trying to figure out this seemingly simple task.

It’s only been a couple days since this image was uploaded to Reddit, but it’s already got the whote internet scratching their heads.

Because it’s not as easy as you think to figure this out. The picture, which consists of only lines and squares, contains 16 circles are hiding in plain view… and at first, they’re impossible to find.

The reason is that this is an optical illusion. The circles are blocked from view by the brain as it tries to interpret what’s going on — creating a warped view of reality, where what we see doesn’t match what is actually in front of our eyes.

By using color, light, and patterns, the artist has created an image that confuses the brain.

Some people find the circles quickly, but many others have to look for ages. Try for yourself — can you see the 16 circles in this picture?

Need a clue? Try to focus your eyes between the rectangles and see if the circles appear.

Did you find the circles? Let us know in the comments on Facebook — and don’t forget to share this challenge with your friends!