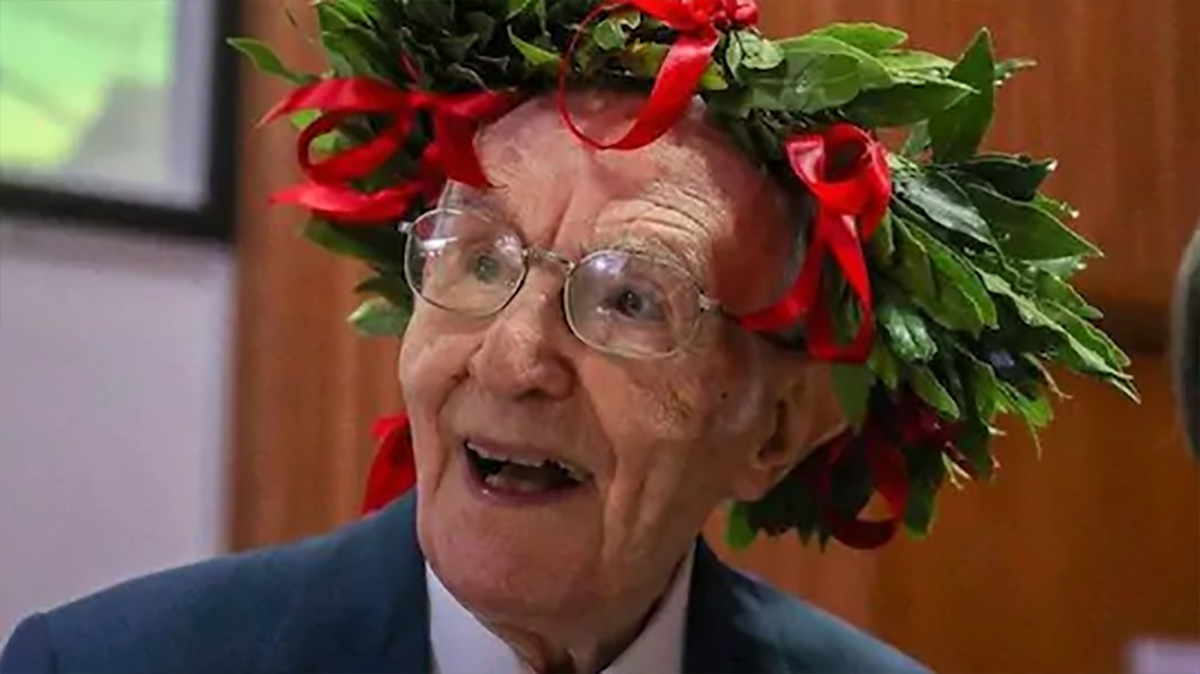 The coronavirus crisis has meant huge restrictions on our lives, but one Italian book lover hasn’t let the pandemic get in the way of achieving his dream after graduating from college at 96 years old first in his class.

Giuseppe Paterno has become Italy’s oldest university graduate after receiving top honors for his degree in History and Philosophy at the University of Palermo, Paterno, in Sicily.

The former railway worker grew up in a poor family and only received a basic education, joined the navy, and fought in World War II before getting a job to support his wife and two kids.

But his love of books led the father of two from Sicily to graduate high school in his 30s with a dream to go further in his education.

He enrolled on the degree program in his 90s, completed his assignments on a typewriter given to him by his mother when he retired from his job and even adapted to online classroom chats following the virus lockdown.

“Knowledge is like a suitcase that I carry with me, it is a treasure,” he said.

His university chancellor Fabrizio Micari was there to congratulate the star student on his achievement. His professor described him as an example to the younger students.

But humble Giuseppe describes himself as a “normal person” according to GMA.

“I understood that it was a little late to get a three-year degree but I said to myself ‘let’s see if I can do it’,” he added.

Now Giuseppe plans to devote himself to writing and revisit all the texts he didn’t get a chance to explore further during his studies.

According to the Guinness World Records Shigemi Hirata from Japan is the world’s oldest graduate with a Bachelor of Arts degree aged 96 years 200 days.

Congratulations Giuseppe, you are an inspiration to anyone who wants to return to further education.

Life gets in the way for so many people when it comes to studying but Giuseppe has proved that it’s never too late to return.

Please share if you too are inspired by this incredible man’s achievement.