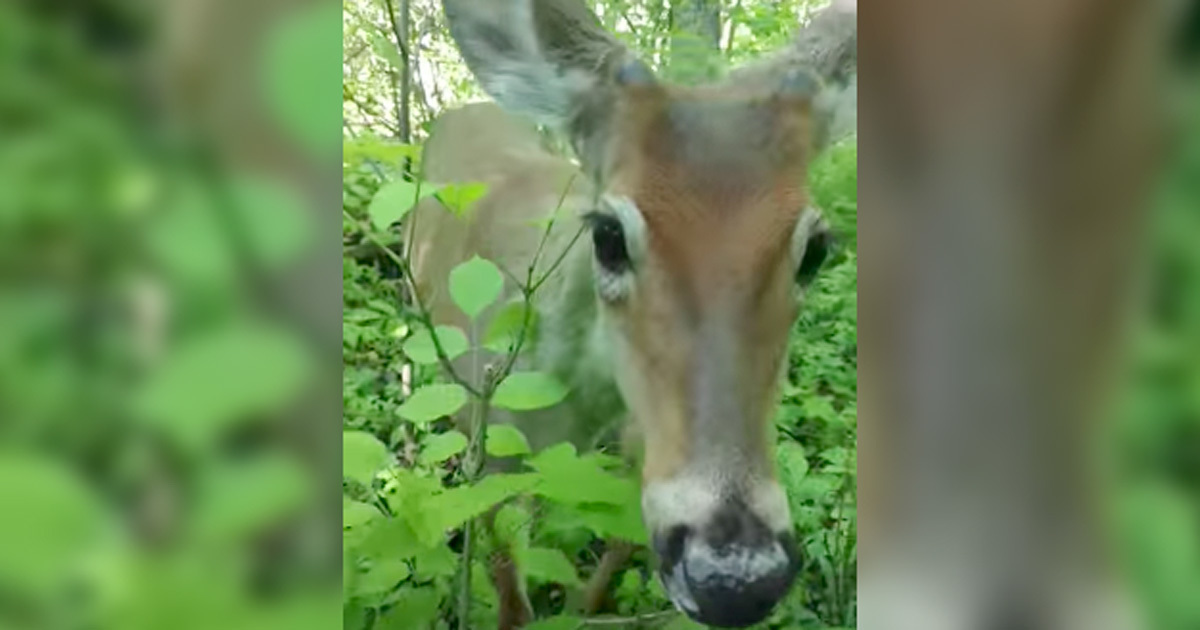 Three buddies went out to hunt turkeys in a forest in Indiana. But they were hardly prepared for what they would meet there.

Now, their video of the event is spreading like wildfire on the internet.

It was a warm, sunny day in early May. Joe Pople, Leon Champine, and Corey Cook sat silently in the woods and waited. They were hunting turkeys — but a whole different animal appeared before them.

Two curious deer went up to the three hunters. And not only were the animals unafraid, they seemed to be fond of their new friends.

The deer stayed with the hunters for about 10 minutes. One of the deer even stepped forward and licked one of the guys.

The animals are thought to be about one year old, and probably haven’t learned to be afraid of humans yet.

Check out the wonderful meeting here:

The men were hunting turkey, and it wasn’t deer season, so the animals were never in danger when they went up to the hunters.

But even if it had been deer season, I think the hunters would’ve had a hard time shooting these kind animals — or at least I would have.

Please share this article if you were also captivated by these deer.