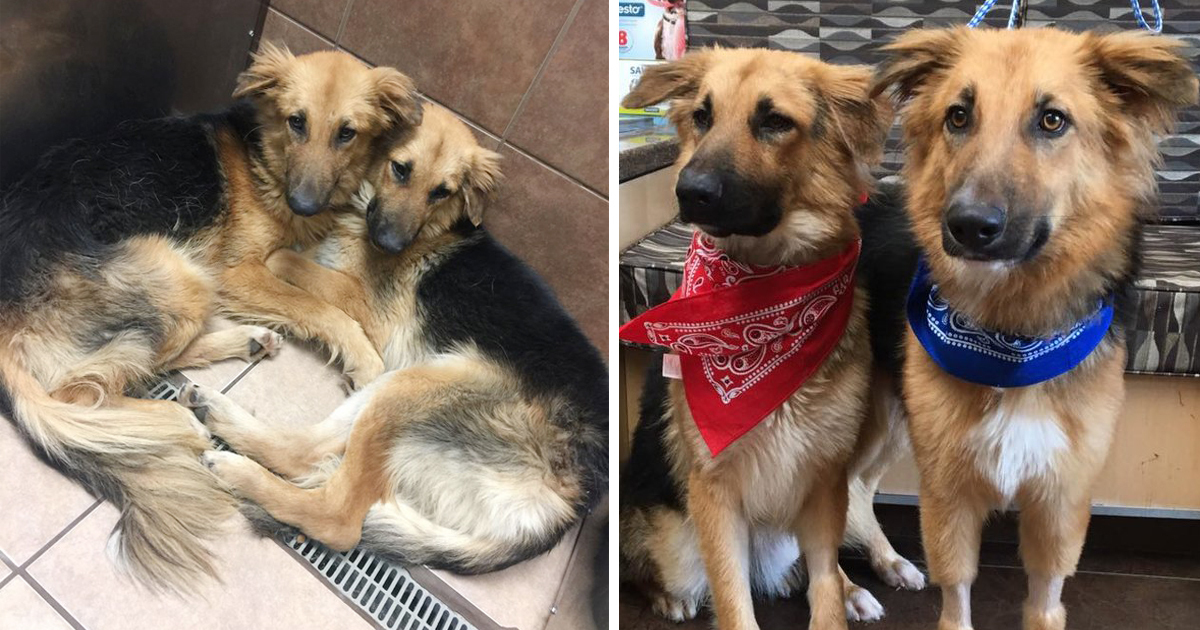 Best friends Apollo and Adonis were abandoned at an animal shelter in Texas last month. The two dogs were so scared that they collapsed in a corner and held each other. But when everything felt uncertain and scary, at least they had each other.

Still, the animal shelter they ended up in was the worst kind of shelter—the kind that kills dogs who don’t find new homes.

The future looked bleak for the two friends, but luckily, Cindy Droogmans from A-Team Elite Rescue Dogs saw them before it was too late. She felt a connection with the two dogs and decided to save them.

Cindy made sure that both Apollo and Adonis were moved to Huntington, New York. Once there, they were examined by a veterinarian and treated for cardiac failure, which was probably why they were abandoned by their owner in the first place.

When the dogs were healthy, Cindy started searching for a new home for them. The last thing she wanted was to tear the friends apart; it would take away the only comfort they had left. But finding a home for two dogs is hard.

“A bonded pair is always difficult to place, but look at them. How can they ever be split up?” Cindy told The Dodo.

Pictures of Apollo and Adonis were shared on Facebook. And in the end, a woman named Jennifer saw them and immediately sent an adoption application.

She and her husband, Donald, already had two rescue dogs. But she lives in a big house with a huge backyard, so she has plenty of space. Apollo and Adonis would be a perfect addition to her family.

A day after Jennifer filled out her application, she received the word that she’d been approved.

But then something scary happened. The dogs had just arrived at their new home when Adonis got scared and ran away. With all the environmental changes, new people, and visits to the vet, he couldn’t manage stress anymore—and ran.

Adonis’ best friend, Apollo, and his new owners Jennifer and Donald panicked and the search began.

Hours went by and Jennifer and Cindy became increasingly worried. Would they get Adonis back to his new home, where he would finally be safe? How would his best friend Apollo live without him?

“The trackers team did an amazing job. I was crying and shaking all over. He is back with his brother,” Cindy said.

Now Adonis must know that he’s safe in his new home. He and Apollo finally have the love they deserve.

“They are doing great and getting used to their new house. They are very sweet babies and a perfect addition to our family!” says Jennifer.

What a wonderful ending to this story! How lucky that they found Adonis. I’m so happy these two friends have a wonderful new home and that they’re together.

Share if you also think that every dog deserves a loving home—and a best friend!