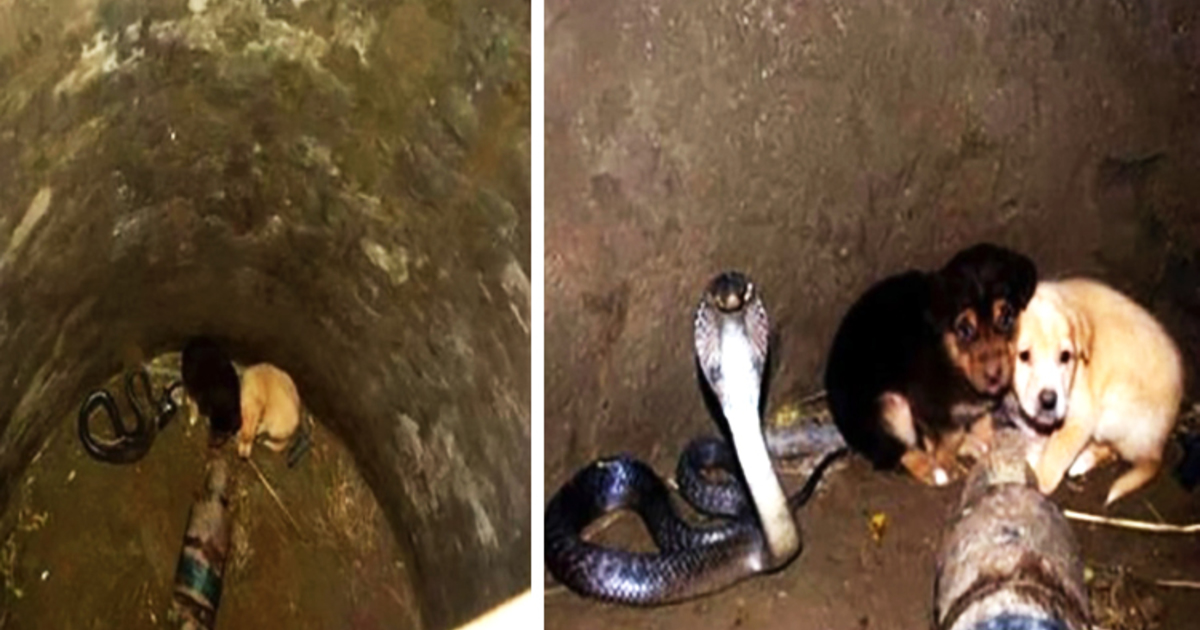 There are an estimated 30 million homeless dogs in India.

Two of them, from the state of Punjab, were involved in a terrible accident when they were separated from their mother.

A villager heard the mother dog barking loudly from a well nearby – where her two puppies had fallen and were stuck.

But when the villager looked closer into the well, he discovered something much more frightening: a king cobra was lying next to the two helpless animals.

But the snakes are generally shy animals, usually avoiding confrontation with people. There are several smaller venomous snakes in India, which cause far more deadly bites.

Cobras do not usually see dogs as food, but the puppies’ mother and rescue teams were very concerned that something terrible could happen.

But rather than attack the pups, the snake appeared to be protecting them. The cobra guarded them from the other side of the well which contained soft wet soil which the puppies could have gotten stuck in.

For 48 hours, the small puppies remained with the cobra in the well – and at no point did the cobra show any aggression towards them.

When the authorities eventually managed to rescue the puppoes, it was easier than they had predicted. The cobra gently moved itself over so that they could retrieve the puppies without any problem.

Animals often display amazing companionship and compassion – even towards animals of different breeds.
I think this story is a great example of this, and humans can sure learn a lot from this incident. Please share this article on Facebook if you agree!