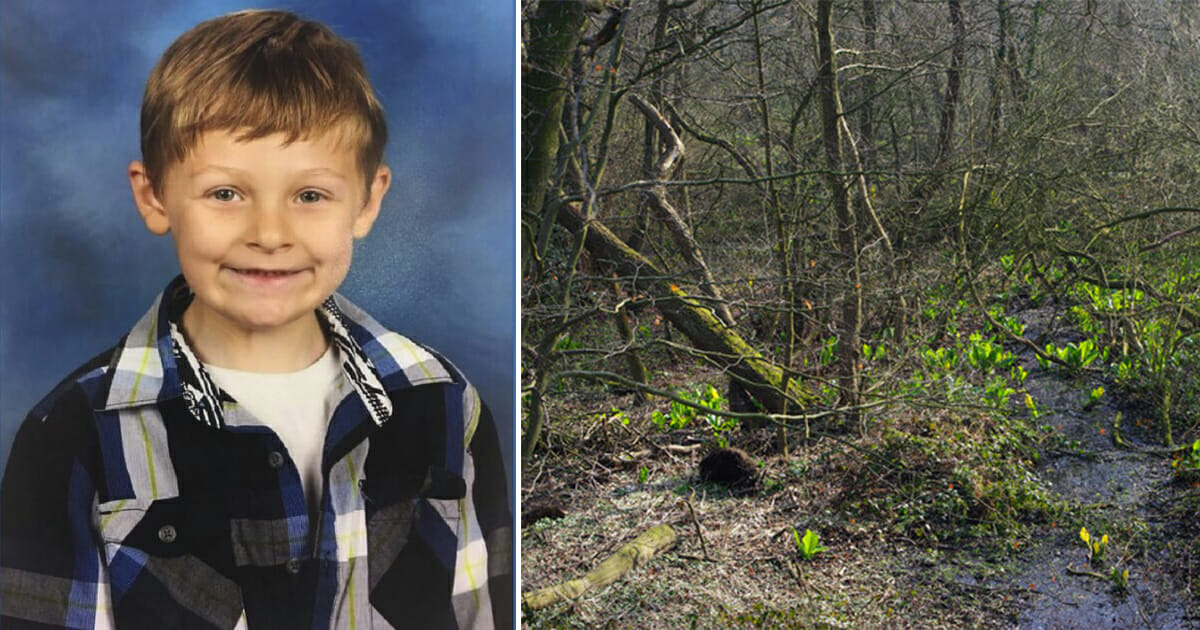 Realising one of your children is missing must be one of the most terrifying things in the world.

As a parent, your first instincts are to love and protect your child at all costs, so when they’re gone and you can’t do anything to remedy the situation it’s not long before the panic sets in.

This is exactly what the parents of six-year-old Kaydon Leach experienced when their boy went missing on the evening of April 23 with his dog, Chula.

Authorities began a search at 7pm that would involve 100 people and stretch well through the night and into Tuesday. When they found Kaydon, he wasn’t alone …

Kaydon Leach disappeared in Blount County, Tennessee on the evening of April 23. The Tennessee Bureau of Investigation soon issued an Endangered Child Alert, with rescue teams conducting grid searches through a 2,000-acre area over the night.

Given that Kaydon is just six-years-old, fears for his safety were paramount. The large-scale operation to find him included the Tennessee Bureau of Investigation, K-9 teams, Blount County Sheriff’s Office SWAT Team, a Black Hawk military helicopter and volunteer search parties from the local area.

This is Kaydon Leach and his dog ChulaThey have been missing since around 6:30pm yesterday in the Top of The World…

After 22 hours, Kaydon was found about a half mile away from his home in the Top of the World Community in Blount County at 3:30pm local time on April 24.

Despite the fantastic efforts of the many involved in the search to find him, however, it’s not the police, fire department or volunteers who are being recognised as the true heroes of the tale. Instead, it’s the black and white terrier Kaydon had with him; Chula.

With Kaydon missing for an entire night in the rain, Chula guarded his master and kept him safe until others could reach him.

According to Blount County Sheriff’s Office Chief Deputy Jeff French: “The dog actually growled at the rescuers when they approached Kaydon.”

In the dark and the rain, in the bleakness of the night, Chula stayed by his master’s side. What a good boy he is!

This is the dog that was guarding 6-year-old Kaydon Leach when a search crew found them this afternoon. The boy & his dog were missing overnight in the rain for 22 hours. @wbir https://t.co/FJBpJfjNCp pic.twitter.com/gsKeMTR1mt

Kaydon was cold when he was found, with rescuers wrapping him in jackets and carrying him up the mountain to the road. He was later taken to Blount Memorial Hospital. In a statement his family expressed their gratitude for all those who took part in the search.

“We’re so thankful to everyone, from local law enforcement agencies to volunteers, who helped us find Kaydon. The amount of support we have received has been tremendous, even from people we don’t even know. We appreciate all our friends and neighbors, and ask for privacy at this time.”

I’m so happy that story had a good ending. It’s true what they say about dogs; they really are man’s best friend.

Share this story if you think dogs are the perfect pet! Help us pay tribute to Chula!