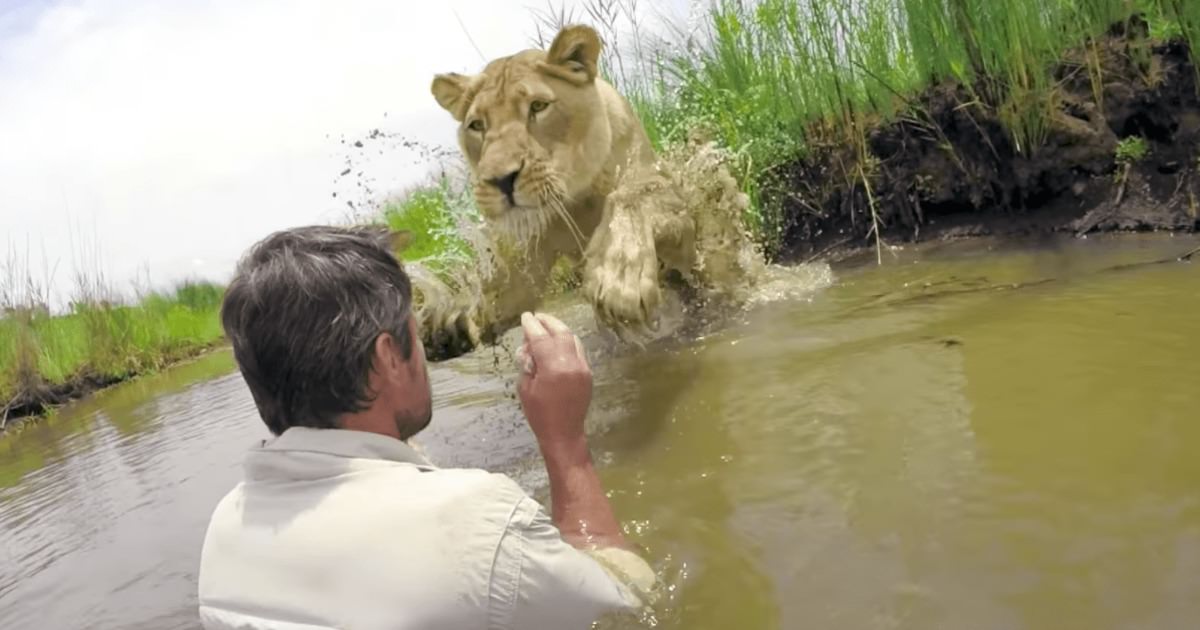 Seven years ago, animal behaviorist Kevin Richardson rescued two small lions, who were drowning in a river after their mother abandoned them.

Without Kevin’s help, the lions probably would have died, or they might have been shot by poachers later in life. But thankfully, the big cats were spared these fates, thanks to their guardian angel.

During their upbringing, the lions, whom Kevin called Meg and Amy, received a lot of care from him, and the trio formed a inseparable bond.

“Meg and Aimee are kind of my soulmates. It’s like humans, you could meet many, many people in your life, but there’s very few that you actually connect wholeheartedly with,” Kevin says.

South African Kevin Richardson has spent the bulk of his life advocating for wild animals in Africa.

He is sometimes called the “Lion Whisperer,” because of the special relationship he’s formed with many of the animals he’s saved over the years.

A few years ago, Kevin made a mini documentary, where he looks for Meg and Amy, who were back in the savannah.

By then, the lions behaved instinctively and hunted for prey again, even though they never really learned to as cubs.

That’s why he wasn’t not exactly sure how Meg and Amiee would react when he greeted his old friends.

The lions, now 10 years old, reacted aggressively when the cameraman approached them.

But a moment later, Kevin decided to approach one of the lions.

Equipped with a small camera, he then went down to a river, where one of the lions was.

Watch the amazing moment when one of the lions jumps into the water straight toward Kevin.

It certainly is something special. Be sure to check out what happens 03:18 into the clip:

The fact that there are fewer than 20,000 wild lions in Africa and that these beautiful animals are disappearing is a catastrophe.

But anyone who watches this clip will understand why lions need to be protected and allowed to live in freedom — they obviously have feelings and feel love, just like we humans do!

Please share this emotional reunion if you were also moved by it!