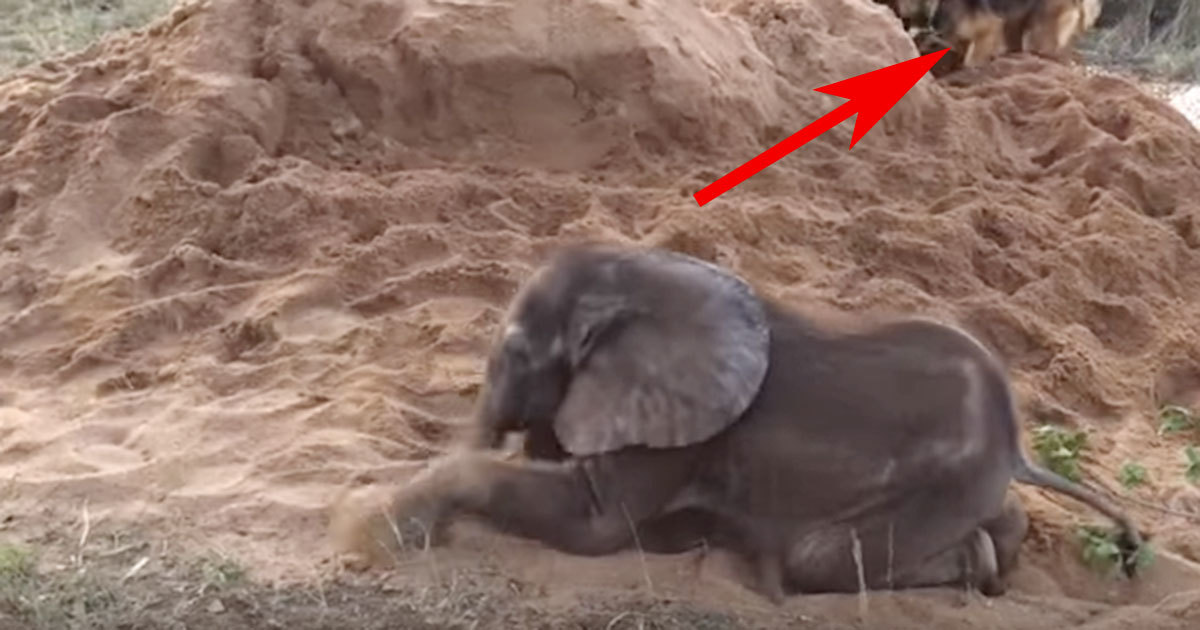 Baby elephant Ellie was abandoned by his flock in the middle of the South African wilderness. Much too young to manage to survive on his own, his future looked bleak. But everything changed the day he met a German Shepherd named Duma.

Ellie was transported to Thula Thula Rhino Orphanage where wild animal caretakers attempted to rescue the baby elephant back to health. Unfortunately, Ellie had all odds against him. The poor animal was not only abandoned, he was also quite ill and they soon found he was allergic to milk. This made recovery much more difficult, and staff at Thula Thula did not think he would survive.

Elephants are herd animals and loneliness can prove very hard on them. This was certainly the case for Ellie. He became depressed.

But then Ellie encountered a new friend: a German Shepherd named Duma. It was an odd and unexpected friendship that no one saw coming.

Ellie’s lust for life and strength suddenly returned. With time, elephant and dog became better and better friends, until they eventually never left each other’s side.

Ellie is now a strong, healthy baby elephant. When he gets big enough, it will try to let him out in the open again. Hopefully, a flock will be willing to take him in, as is often the case.

Unfortunately, Duma will not be able to follow him when the time comes, but I’m sure that Ellie will remember his friend for life. As we know, elephants have excellent memories.

Take a look at the video below to watch the two friends play together. Not even sure why, but this simply beautiful story brought tears to my eyes!

From the bottom of my heart, good luck in the future, Ellie!

Did this touching friendship also move you? Please share with all your friends so that that Ellie and Dumas’ fascinating and heartwarming friendship brighten up their day, too!