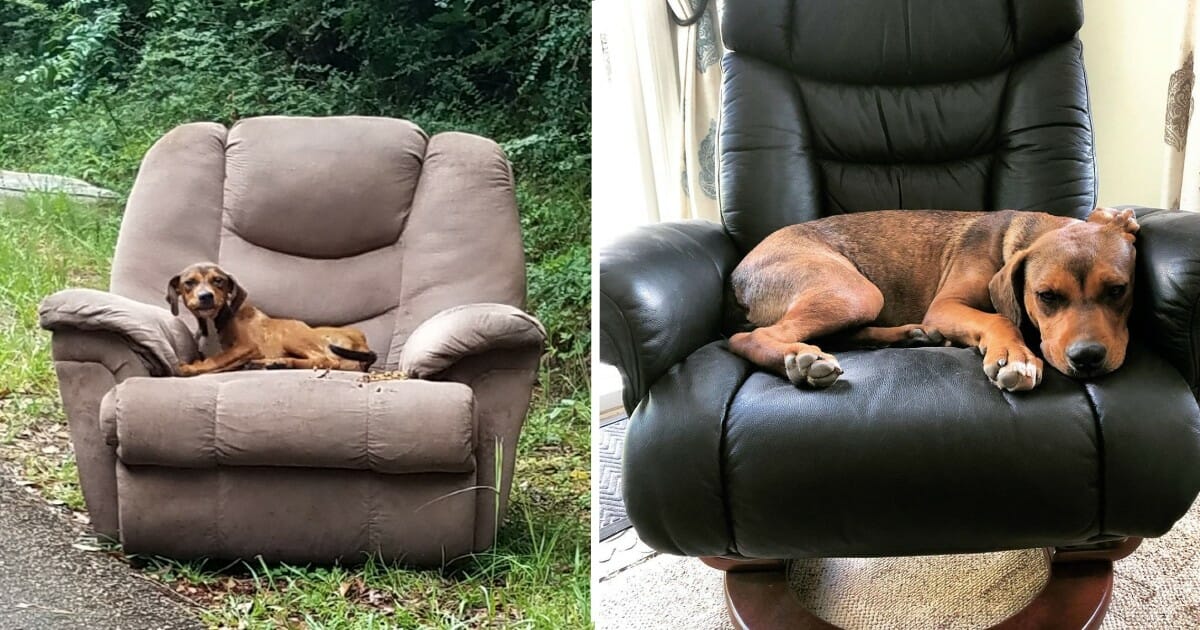 In June, Sharon Norton, an animal control officer for Brookhaven Police Department, discovered an abandoned dog on the side of the road in Brookhaven, Mississippi.

The heartbreaking photos struck a chord with thousands of people. Even though the poor puppy’s owner wanted to dispose of him, it was clear he was still loved by others who had never met him.

Two of those people were Dave Trammell and Sommer Guy.

“Something about the way he looked just touched me,” Dave told TODAY. “He just looked so cute and sad.”

In late July, Dave and his girlfriend drove 15 hours from their home in Michigan to meet the abandoned puppy, named La-Z-Boy Gatson, in Mississippi.

Dave said it didn’t take long for La-Z-Boy Gatson to adjust to his new home, by the third or fourth day he was settled in.

He’s even become fast friends with the couple’s other nine-month-old rescue dog.

Dave told TODAY he hopes that La-Z-Boy Gatson’s story will inspire others to take a chance on rescue dogs, especially those who have experienced trauma.

“I thought he’d have some distrust in people and be scared, but even on the ride home, he didn’t cry at all,” Dave said. “He’s a very happy boy. He couldn’t be a better dog child. He finally gets an opportunity to relax and you can just tell he’s loving it.”

Since adopting La-Z-Boy Gatson, the couple have started an Instagram for the now six-month-old pup.

I’m so happy this pup found a forever home. It looks like he fits right in!

I’m with Dave, I hope Gatson’s story inspires others to consider adopting pets who have had a traumatic experience.

Share this story if you think animals with a traumatic past deserve a second chance.