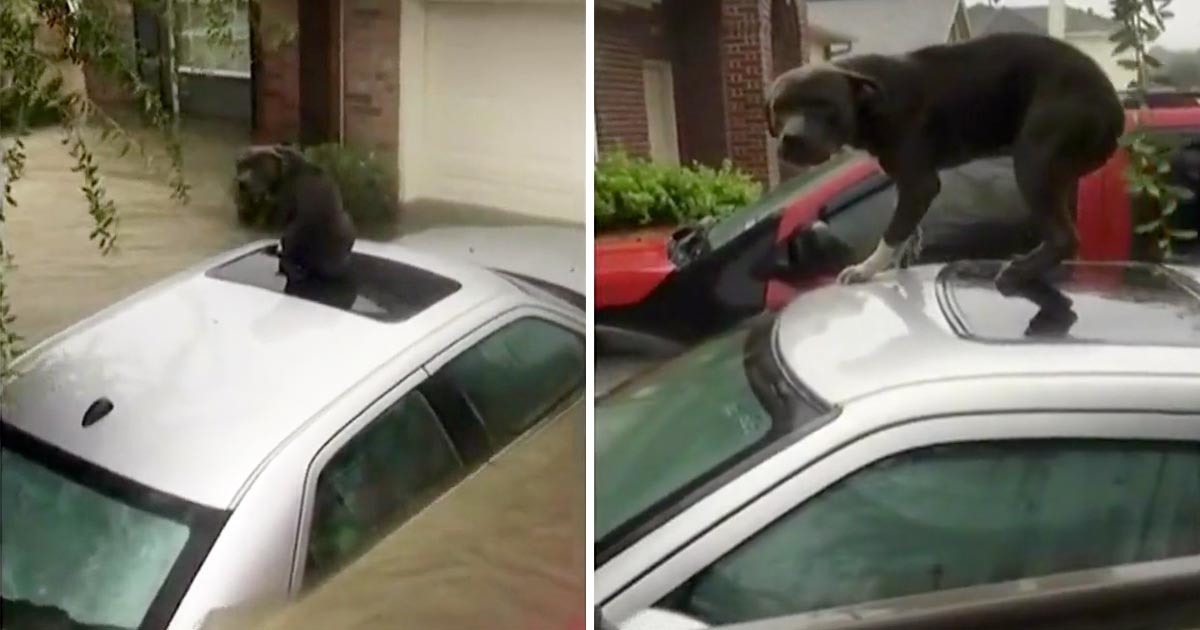 As most people know, Tropical Storm Harvey has forced hundreds of thousands of Texans to leave their homes and belongings behind.

But there have also been numerous stories and pictures of abandoned pets who have been left behind as families fled the horrific natural disaster.

One of those forgotten animals found in the water was a pit bull whose life could have tragically ended if it weren’t for two animal lovers who defied the flood.

In this video from August 29, 2017, we can see how a pit bull is shaking with fear at the flooding caused by Tropical Storm Harvey. The family dog has managed to flee the water by jumping onto the roof of a car after the family had fled the house.

The dog is seen alone and terrified with nowhere to escape before the water catches up with him.

Fortunately, the right people manage to spot the dog and realize the desperate situation he was in. Two men choose to defy the flooding and come to his rescue. The dog however, is initially so scared that he’s hesitant to accept any help.

The rescue operation finally succeeds and the dog is no longer afraid.

You can watch a video report about this story by clicking on this link.

If it weren’t for these two men who defied the flood, things could have turned out badly for this poor pooch. Thank goodness for animal lovers!

Please share if you would have done the same for this dog.