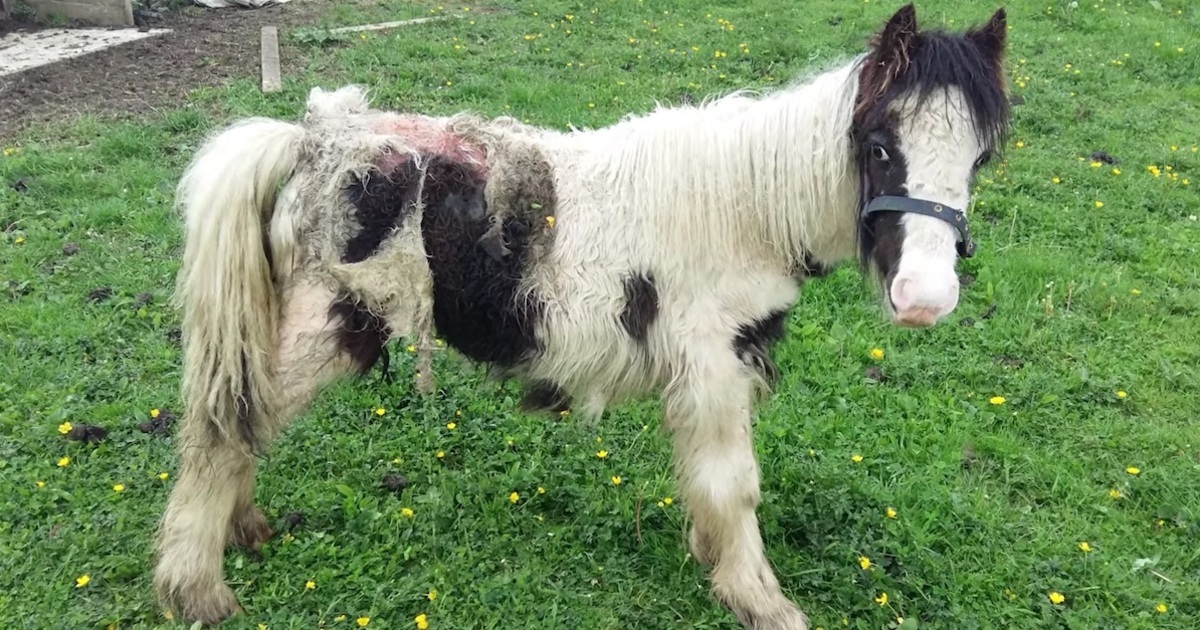 When I think of horses, several images come to mind.

I think of beautiful, strong animals running free across fields, I see the sun glistening on their shiny coats, and I see them enjoying the simple pleasure of walking around in nature.

Now, of course, hardly any horses are wild and free, but I know that the vast majority of horse owners love and care for their animals.

But there are exceptions, and even if they are hard to look at, it’s important to pay attention to—because in my world, all animals deserve love.

It was clear to Chloe that Buggy was in really bad shape and in need of urgent care.

“It was horrendous,” says Chloe.

When World Horse Welfare’s Sarah Tucker arrived on the scene, she saw that Buggy was so completely infested by maggots and he could barely stand up.

Tucker immediately took Buggy an animal hospital and gave him the care he both needed and deserved.

Chole Aktins was on her way to work one morning when she drove past a field.

She saw a pony that was obviously suffering from several conditions, and Atkins knew she had to do something.

Aktins also saw two other ponies in the field that also seemed neglected, but it was obvious that the black-and-white pony was in the most serious condition.

“He was doing so poorly that that vet said to me, ‘Another couple of days and we think that he probably wouldn’t have survived,'” says Sarah Tucker, director of World Horse Welfare.

The organization wasn’t able to find Buddy’s owner, and rushed him to an animal hospital.

Luckily, Buggy was soon treated and quickly recovered. He needed to put on some more weight, but he was doing much better.

And after a few weeks got Buggy’s savior, Chole, visited.

It was a happy reunion, to say the least!

Watch the emotional reunion and see how Buggy is doing today in the video below.

Note: this video includes some disturbing images of Buggy’s wounds.

Please share this story if you also think that all animals deserve love. Together we can get more people to stand up for animal rights!