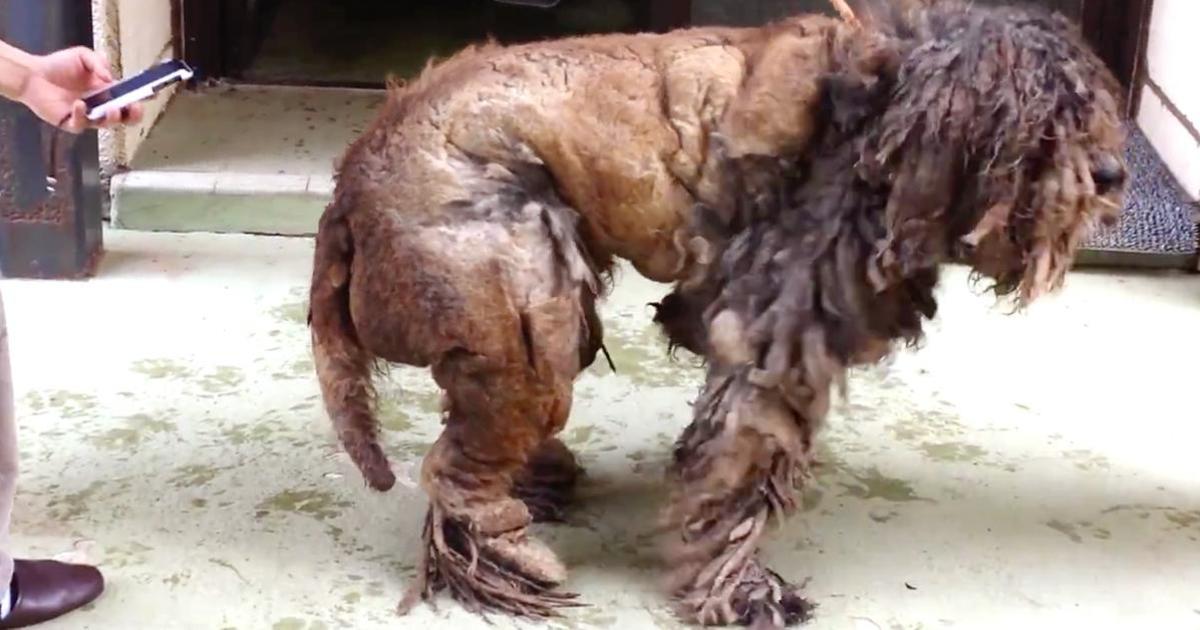 Some years ago, a few dog groomers visited an old shelter in Tokyo.

They had been called there to help a dog, abandoned by his owners and thrown out on the streets.

The groomers were totally speechless when they saw the condition that the dog, named Ginta, was in.

His fur was so overgrown that it was impossible to see the shape of his body and face. His unkempt, dirty fur had matted itself into dreadlocks and wrapped around his body and legs.

Nobody knew how long Ginta had been like this. It could have been months, maybe years. And it was difficult to believe was that Ginta was actually a standard poodle.

The dog, now called Ginta, or “Silver Boy” in Japanese, had obviously been neglected by his owner.

But fortunately, Ginta landed at the shelter and was surrounded by people who cared for him.

Initially, Ginta was nervous meeting the visitors, but soon he was sniffing them eagerly.

Although the dog had been abused and abandoned, his good-natured spirit seemed intact. And Ginta quickly realized that his new friends just wanted to help.

After Ginta had become acquainted with everybody, they began shaving off his matted fur.

The groomers used an electric shaver and began with the fur around his face. They carefully dug into the mass, searching for the root of his fur.

The the size of the clumps of fur that the groomers removed was incredible. And as you can see, when the clumps came off, the groomers could see how small Ginta actually was.

It took some time finish shaving Ginta. And there was a lot of gravel and dirt nestled into his fur, which slowed down the process.

But soon, the transformation was complete. See how Ginta looks after his haircut in the clip below. 🙂

Many thanks to all the animal lovers who care for vulnerable dogs. We hope that Ginta found the loving family he deserves!