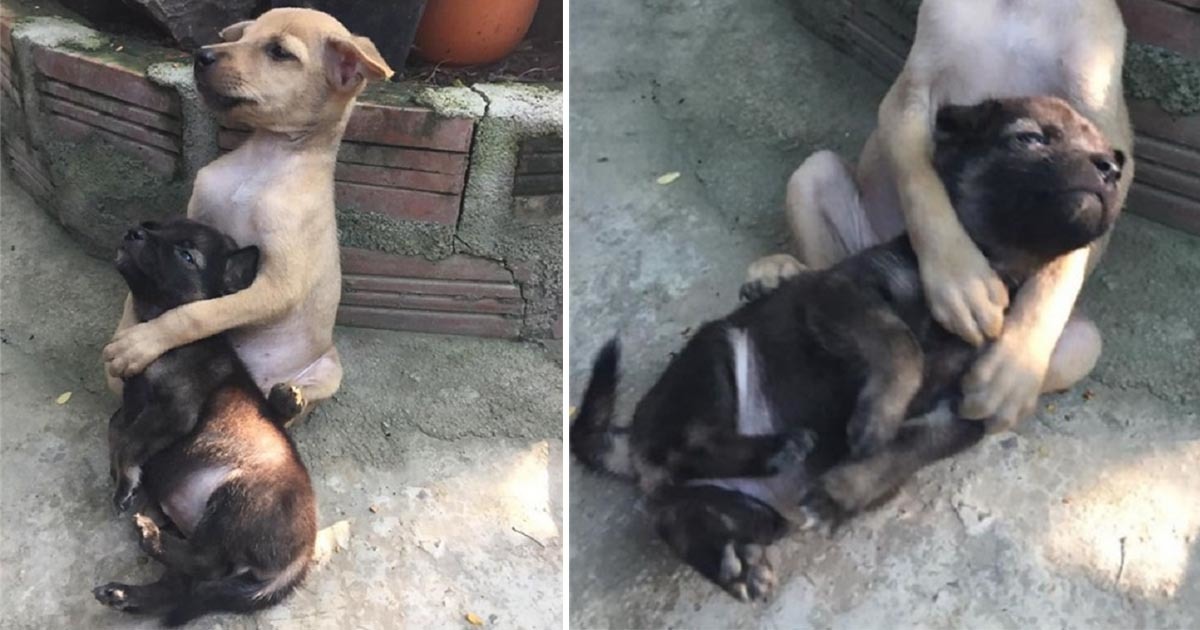 They were left in the middle of the city on a busy, dangerous street that must have been terrifying for the poor pups.

So much that they were left to do just one thing — never let go of each other.

The adorable pair were spotted by a Buddhist nun who helped them off the street. But the pair refused to let go of each other’s arms.

When the Buddhist nun found the two small abandoned puppies on the street, they seemed confused and terrified.

The bigger pup was protecting the smaller one by holding him in his arms, embracing him.

The nun was deeply moved by what she saw.

The nun decided to take the adorable puppies to her temple and give them a home.

But when they they got to the temple, the puppies still wouldn’t let go of each other.

The pictures of the puppies have made their way all over the internet, where many people have been deeply moved by their cuteness.

But many animal lovers also find the pictures distressing, as they believe the dogs are deeply traumatized.

We are glad that the puppies were saved from the streets and brought to a safe environment where they can be together.

It’s nice to see that these puppies are showing that they refuse to be separated and will continue to be by each other’s side no matter what — just like like we are with our loved ones.

Please share if you think dogs are amazing animals that deserve to be happy.