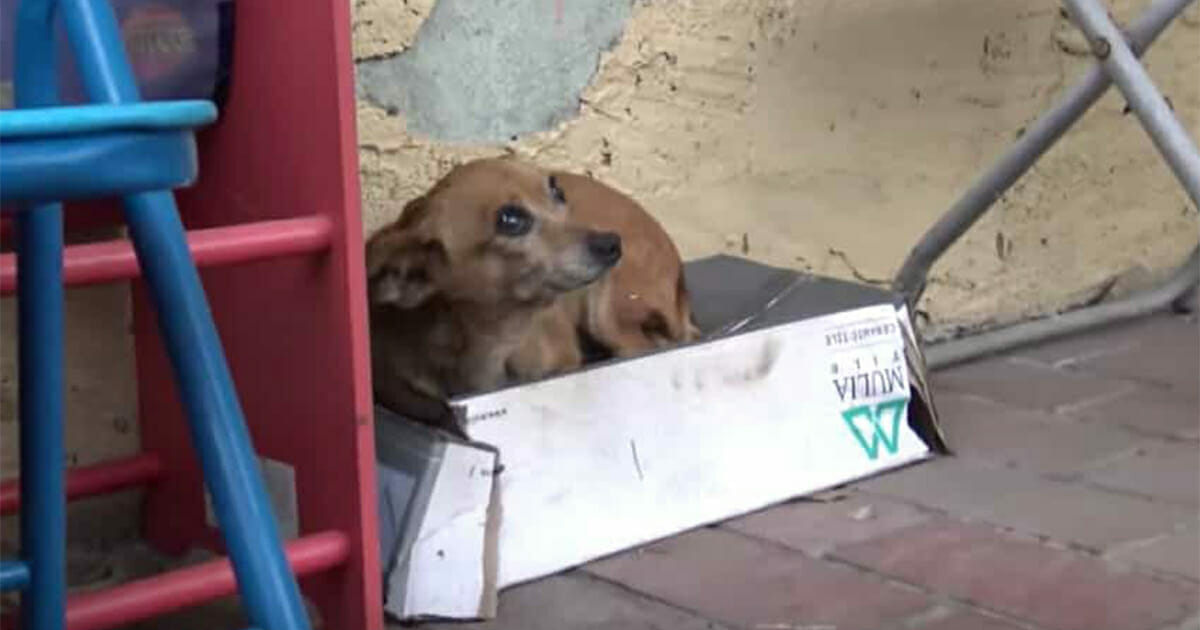 It’s always difficult to see abandoned dogs left to live their lives on the streets. This is two-fold when it comes to puppies. One particular story of a poor chihuahua-mix puppy really got to me, so I thought I’d share it.

The small, abandoned pup had settled herself in a small shoebox outside a house. It was close to a building and obviously a place where the youngster felt relatively safe. The house owners noticed her after a time, and started giving her enough food each day to keep her alive.

This went on for several weeks, during which time two different animal shelters were contacted for answers. What was the puppy doing completely alone? Why had someone abandoned it?

Eldad Hagar and Loreta Frankonyte, from a local animal rights organisation, picked up the case and began to investigate. When they reached the pup and lifted her up from her box, they discovered that she was missing a leg. The dog was obviously incredibly weak at this stage and was unable to move.

Hagar and Frankonyte carried the animal to their car and took her to a vet for a full examination. Princess, as she was dubbed, was riddled with fleas and extremely dirty. She was immediately given a bath to get her coat nice and clean.

It was then that the vet realised there was something else wrong the pup – besides her missing leg. It transpired that Princess was suffering from severe anaemia. The situation was dire; Princess needed careful monitoring and close care. She got that, too.

After several weeks at the vets, and a bout of lengthy treatment, Princess steadily began to heal. She gradually fought back and, eventually, got herself well again!

Unfortunately, it’s all too common to see abandoned dogs in the sort of states Princess was in. In this particular case, we have no idea how the chihuahua ended up on the streets. What we can say is that people who treat animals with such disregard should never be allowed to look after them. Luckily, there are animal lovers like Eldad and Loreta who go to amazing lengths to take care of the creatures others don’t care about. They deserve to be honoured.

In any case, Princess is now in safe hands and that’s all that matters. Let’s hope she finds her way to a home where she’ll be given the love and attention she deserves.

Here you can watch the video of Princess’ transformation after being left for dead on the street: