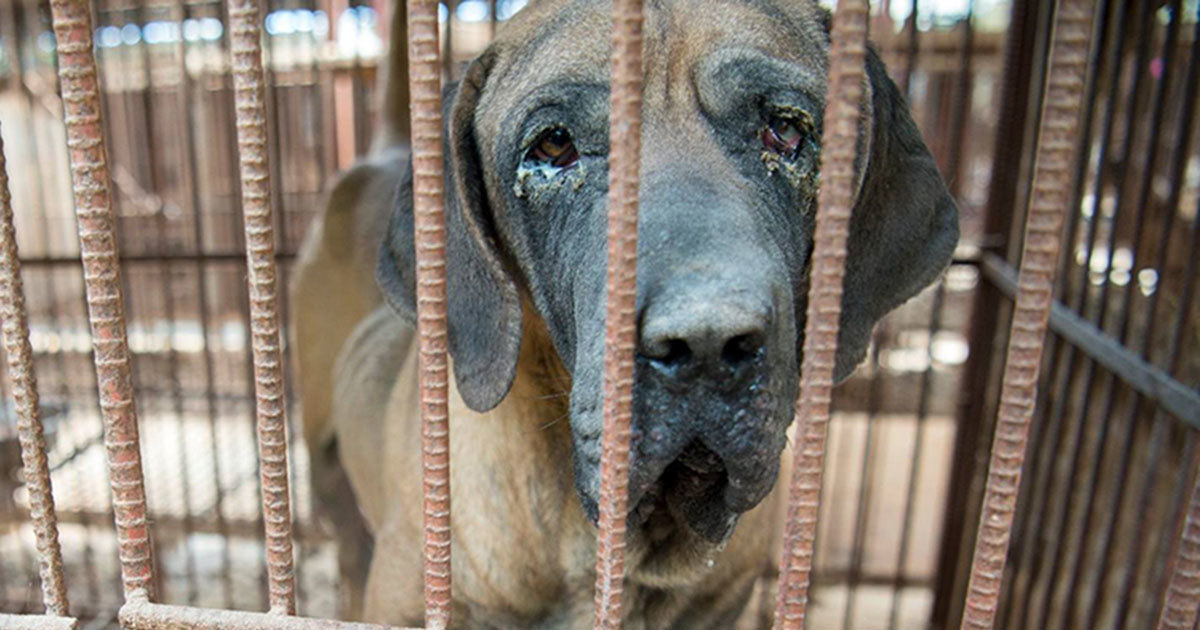 Around the same time every summer, there’s a festival called Dog Meat Festival in the south Chinese city of Yulin. The festival has been around for 25 years and evokes protest and disgust throughout much of the world. According to animal rights activists, around 10,000 dogs are slaughtered every year during the festival in the most hideous and painful methods.

This year’s protests against the dog meat festival has become much stronger around the world. Animal rights activists, mainly from The US, Australia and Britain have called on the public through social media for an end to this horrible event, and hundreds of thousands of protesters have signed petitions long before the festival was scheduled to start.

Even in China, protest has increased. Last week, activists in the city of Tianjin stopped a truck loaded with more than 200 dogs that were about to be transported to a slaughterhouse. The driver decided to let the dogs go 3 days after this large-scale intervention. It later emerged that many of the dogs had collars – indicated they had owners, and had likely been stolen.

It’s not uncommon for stolen dogs to be slaughtered in this cruel festival. In Yulin, they still obtain dog-meat illegally from other parts of China. Many dogs are stolen or captured from the streets.

The dogs are then shipped for long distances in cramped cages without food or water. When they arrive at the festival, they are often sick, dying or already dead. This is not just a problem for the dogs, even people who eat their meat are at risk of becoming sick.

Fortunately, interest in the festival is diminishing substantially every year, while protests are increasing. Much thanks to Chinese social media where resistance to this and other similar festivals is on the rise. Hopefully we can put an end to this heartless tradition as soon as possible!

This really upset me – dogs are pets, not food! They should be loved and taken care of, not eaten! I’m both disgusted and saddened whenever I think about how those poor dogs are treated.

This is what you can do to help:
Sign the Humane Society International petition here.
Animal Equality also has a petition that you can sign here.

Please sign the petition, and share with your friends. We must put an end to this cruelty!