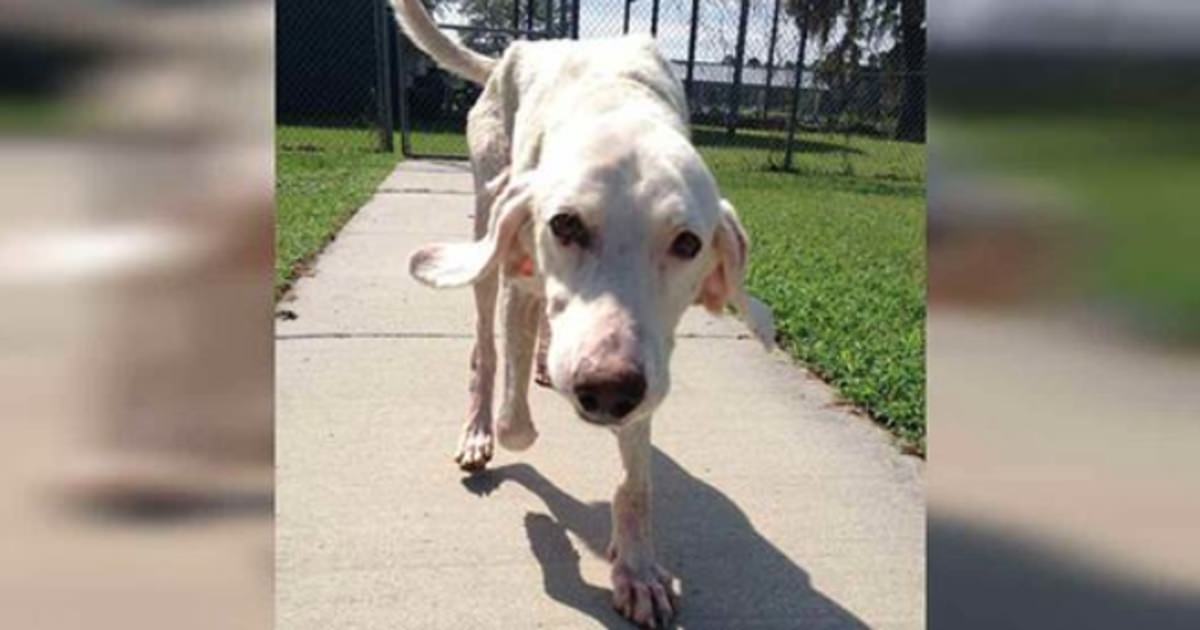 Meet Gumby. He is around 4 years old and has had major problems finding a home. He’s been adopted by several families, but was returned to the shelter every time, where numerous other four-legged friends were also waiting to get to a family.

The question is, why did Gumby always return?

Gumby is a sweet dog who loves to play. Animal shelter workers estimated him to be around four years old when he was found in Fall 2014.

He was then taken to a dog shelter in Charleston, South Carolina, USA. As soon as he arrived, he acted in a friendly manner and staff at the shelter suspected that someone would adopt him in no time — and that’s exactly what happened.

But that didn’t last long. After only three days he was taken back to the shelter. Then a new family came and adopted him. Six days later he was back once again. And this was the case for two years.

In total, Gumby has been sent back not less than eight times. Three times he was found on the street — lonely and deserted. Poor Gumby!

It seems every time Gumby would come to a new home, he clearly showed that he didn’t want to stick around. He would wander off and sometimes walk back to the shelter by himself.

So why did he keep coming back all the time?

Donya Satriale, who works at the shelter, explains that she thinks Gumby came back because he “knows he’s got a job to do”.

It turned out that Gumby had an important function to fill at the shelter.

Every time a new dog arrived at the shelter, Gumby was there as their support system. With tremendous empathy, he would do everything he could to make the newly arrived dogs feel more at home, as they quite often arrived distressed.

Staff say they have never seen anything like it. He has now also become a blood donor — even for cats. Apparently, his blood group is suitable for both dogs and cats.

So now it’s clear that Gumby can stay where he feels he belongs — at the dog shelter. At the shelter, he plays with 50 other dogs every day and gets lots of good food and extra love from staff members.

Gumby has become an inspiration for many people and has even been featured in an annual local firemen calendar to raise money for charity.

Gumby is an inspiration to all — that’s why I’m sharing this story. Please do the same to spread some light in the world!