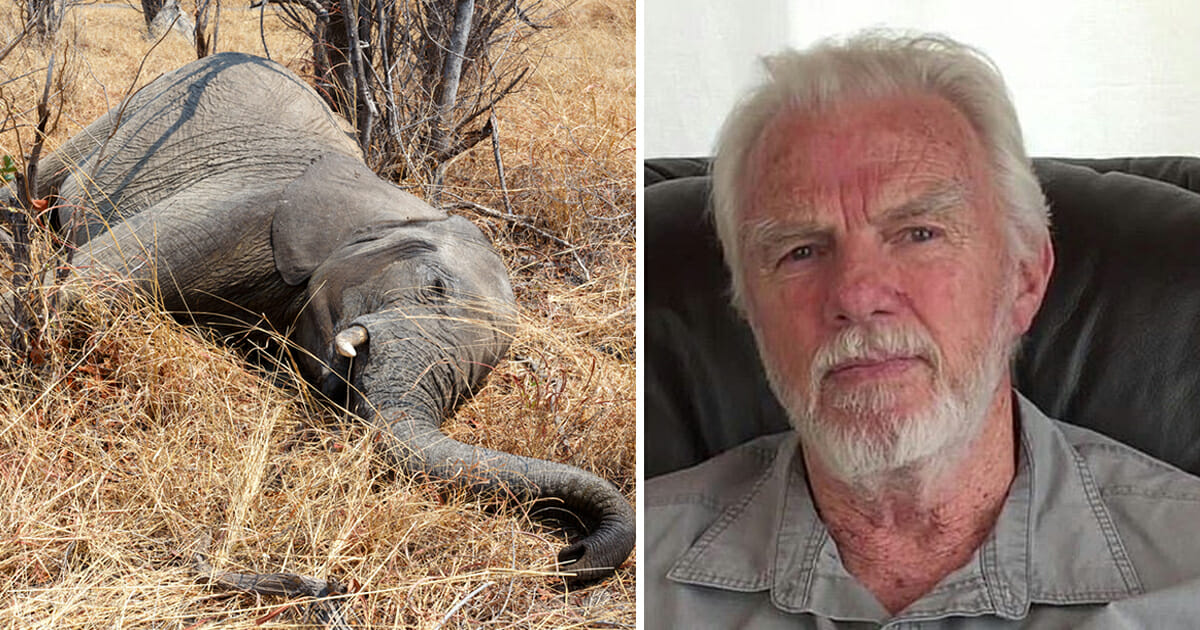 The debate surrounding hunting is one that will likely rage on for a good time yet.

No matter how many people vehemently protest its practise, no matter how many species of animals are threatened to the point of extinction, there are still no end of people who defend it as a hobby.

Ron Thompson is certainly one of them. He’s a controversial figure, even for a hunter, and over the course of his life it’s reported he’s ended the lives of more than 5,000 animals, African elephants counting for a large number of them.

He’s been specifically named in a report on hunting as a hobby recently released by the Campaign to Ban Trophy Hunting. The report discusses the increase in ivory taken by trophy hunters from the animals they kill, with the number having shot up 12-fold in the last three decades.

The Campaign to Ban Trophy Hunting’s founder, Eduardo Goncalves, argues that this type of hunting threatens the survival of many species, regarding it as a “hangover” from the colonial era. Not only that, but Goncalves fears that the industry has grown of late, pushing a good many species to the brink of being lost forever.

Thompson, however, carries no remorse for his hobby. He’s credited with having slain 5,000 elephants, as well as 800 buffalo, 50 hippopotamuses, between 30 and 40 leopards, and 50 or 60 lions. The 80-year-old has spent much of his life in national parks as a game ranger, having began hunting during the colonial era in Africa.

He claims he’s only been doing his job, and says that what he does carries significance that people in western countries overlook. Thompson’s main defence is that he’s simply been keeping animal populations in check – he argues he has no bloodlust for killing animals, and even said that the African elephant isn’t facing extinction, despite evidence to the contrary.

“I’m totally unrepentant, a hundred – ten thousand – times over for any of the hunting I’ve done because that’s not the problem,” he said, as per the Daily Mail.

“The problem is we’ve got a bunch of so-called experts from the West telling us what to do. I’m a trained university ecologist – I must surely know something about this.”

It’s Thompson’s opinion that lies are being fabricated to finance animal rights non-governmental organizations. Despite this, it’s undeniable that the African elephant has suffered a drastic drop in numbers. As per the World Wildlife Federation, a 2016 effort to count the remaining African elephants in Africa found there to be 352,271 of the majestic creatures left. It sounds like a lot, but that’s a 30% drop since just seven years prior.

Decades of hunting has forced many animals to the brink of extinction, and now it’s more important than ever that we take the fight to those who argue that trophy-hunting is harmless.

Share this article to show you stand against trophy hunting and anyone who practises it!