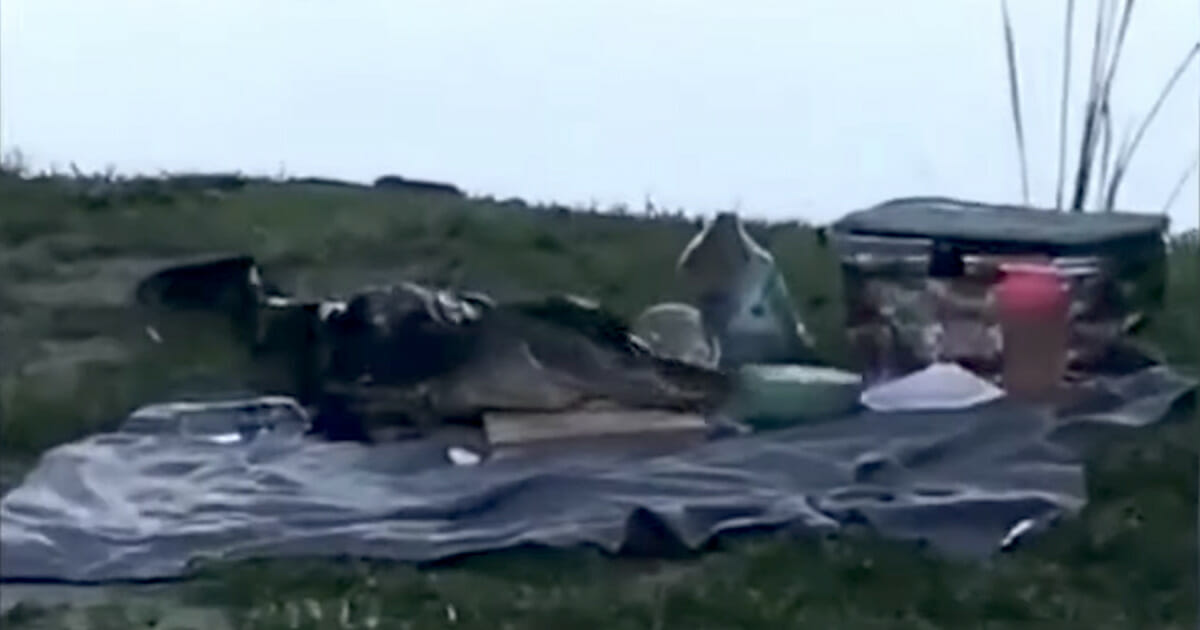 Another unbelievable story out of Florida!

A couple was sitting lakeside, enjoying a romantic picnic date when a monstrous intruder appeared: a hungry alligator.

According to KFDM, Taylor Forte and her fiancé Trevor Walters were snacking by Lake Alice when the perp emerged from the water.

They wanted to enjoy a quiet night before Trevor leaves for the Marines in 10 weeks-time. But their night was anything but!

“He swims up to the bank and just looks us dead in the eyes and then he immediately just sprints up onto the beach,” Trevor said.

It looked like the couple’s food spread was exactly to the gator’s taste, too.

“He annihilated an entire block of cheese,” he added. “Gobbled it down, lickity split. The salami didn’t stand a chance.”

But they weren’t going to flee. Trevor says that he took on the gator, and that when he was a kid, he learned that these animals would walk away if you made yourself big (although it is never advisable to take on any dangerous creature). He said, “I learned this back in my childhood to scare bears you get up and make yourself big. Make a lot of noise. It’s called the bear scare.”

The tactic worked: the gator ran away!

But there’s more to this story.

“Unfortunately it sounds like that gator has been fed previously and has lost its weariness of people and is beginning to associate people with food,” said Karen Parker with the Florida Fish and Wildlife Conservation Commission. That’s why she strongly discourages people from feeding the animals.

Thought the picnic may have perished, this couple didn’t! That’s the most important part.

This is a wild close encounter! Please share if you or someone you know lives in Florida—they may have a gator story of their own!