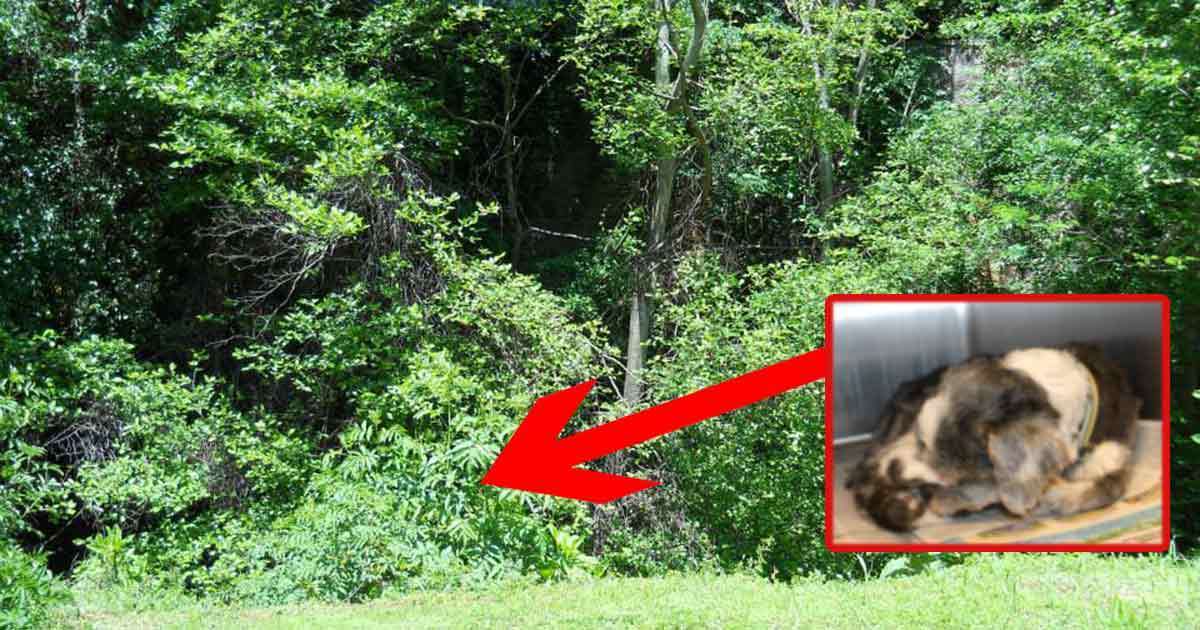 A woman alerted animal control services when she heard intense barking for several hours coming from a nearby wooded area. But what the team discovered when they found the source of the barking filled my heart with warmth.

This is a story that shows the incredible compassion and empathy that animals possess. Read it below!

The heartwarming incident took place in Anderson County, South Carolina. A woman heard a dog bark incessantly for several hours from a inside some nearby woods, so she decided to sound the alarm to the local animal control services so that someone could investigate what was going on.

When they arrived on the scene, the animal control service officers were shocked by what they discovered down in a ravine. There was indeed a dog. But there was also something more.

Beside the female dog lay a small, abandoned female kitten. The dog, which could have easily left the area, instead chose to stay by the kitten and call for help.

It quickly became clear that the little dog had adopted the kitten. She had washed, protected, and cared for the kitten for several days. Animal control services took the two little animals to Anderson County P.A.W.S., where the pair remained inseparable.

After seeing a segment on TV about the dog and kitten besties, a local couple decided to adopt both of them.

The cat and the kitten are now named Goldie and Kate (after actresses Goldie Hawn and Kate Hudson). And today Goldie acts like a mother cat to Kate, just like she watched over her in the forest ravine.

Anyone who claims that dogs and cats don’t get along can learn a lot from this story. These two are my favorite best friends and I hope they have a long and happy life together.

Please share this heartwarming story with all of the animal lovers in your life!