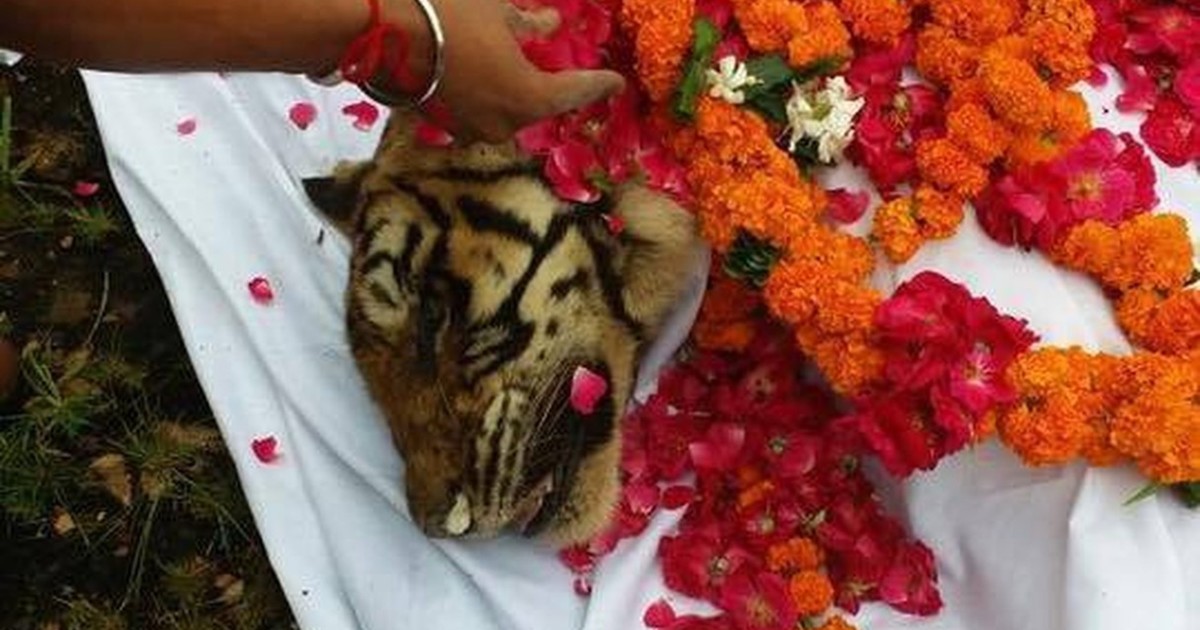 One of the oldest wild tigresses in the world has died. Machli, who lived to the ripe old age of 20, was perhaps the world’s most photographed tiger and she reigned supreme over the many tigers at India’s Ranthambore National Park when she passed away.

Machli, whose name means “fish,” was given her name for the disctinctive fish-like markings on one of her cheeks. And since she was often seen near water, she was also called the “lady of the lake.”

While tigers usually live up to 15 years, Machli lived long enough to celebrate her 20th birthday. Recently, though, the venerable tigress’ health began to fail. She was already blind in one eye and had lost most of her teeth when last week she was seen lying on the ground in pain and struggling to get up.

According to the park, Machli was “the most famous tiger in the world.” She had her own Facebook page, she was featured on a stamp, and in her prime, she was filmed taking down a 14-foot crocodile.

While Machli received a lifetime achievement award for her impact on the park and the Indian economy, Machli’s most important legacy is perhaps her work to increase the wild tiger population. Though there are only about 4,000 wild tigers left in the world (compared to 5,000 tigers in zoos and private homes in the U.S. alone), Machli gave birth to an impressive 11 babies.

Machli was known to be a strong, protective mother.

“Machali became popular due to its muscular strength and was always being noticed for saving her cubs from other animals and male tigers,” Ranthambore writes. “It is so interesting to learn that the male tigers really got afraid of her and … they use[d] to run away from her and her cubs.”

Unfortunately, Machli’s reign as the Queen of Ranthambore has come to an end on August 18.

The park officials gave Machli a proper funeral service. They covered her in flowers and wrapped her in a shroud before placing her in a funeral pyre.

And they had a simple but beautiful message to their departed queen: “You continue to live in our hearts … and always will!”

What a beautiful creature! Every wild animal should be able to live a long life in freedom. Share if you agree!