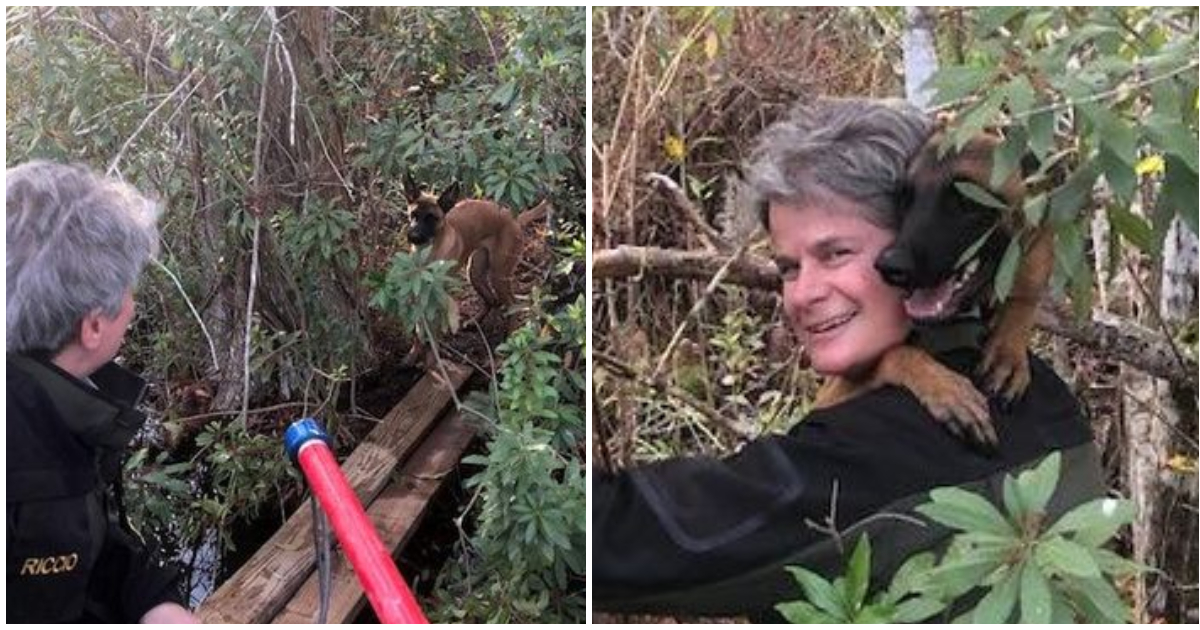 Sometimes animals get themselves stuck in some pretty sticky situations, and it takes kindhearted people to rescue them.

That was the case for one little dog who got trapped on an island in a gator-infested Florida swamp, and the animal officers who hurried to the rescue before he became lunch.

On January 8, the Lakewood County Sheriff’s Office got a call about a dog who had become trapped on an island in a swampy marsh area of Bassville Park. The dog was helpless and scared, clinging to a log.

Neighbors heard the dog and made an urgent call, worried that the dog could easily become prey: “Knowing what lurks in the waters, they were concerned the alligators would get to the dog before units could arrive,” the sheriff’s office wrote on Facebook.

So Animal Enforcement Officer Amy Riccio hurried to the scene, and braving the dangerous area herself, quickly launched a rescue mission.

Using 2×4 boards, she built a bridge to get to the island and reach the terrified dog.

“She was able to quickly gain the dog’s trust before she carried the dog onto her shoulders and back across the unstable bridge where she and the dog were safely rescued,” the Lake County Sheriff’s Office wrote.

The dog was finally safe, thankfully with no run-ins with the gators. It was brought to Lake County Animal Shelter, who are currently trying to identify the dog’s owner.

And it’s all thanks to Amy Riccio, who was praised as a hero for saving the dog.

“An excellent display of courageousness and act of selfless service by AEO Riccio,” the sheriff’s office wrote.

We’re so glad this dog is safe! Thank you to this brave animal officer for saving the day!