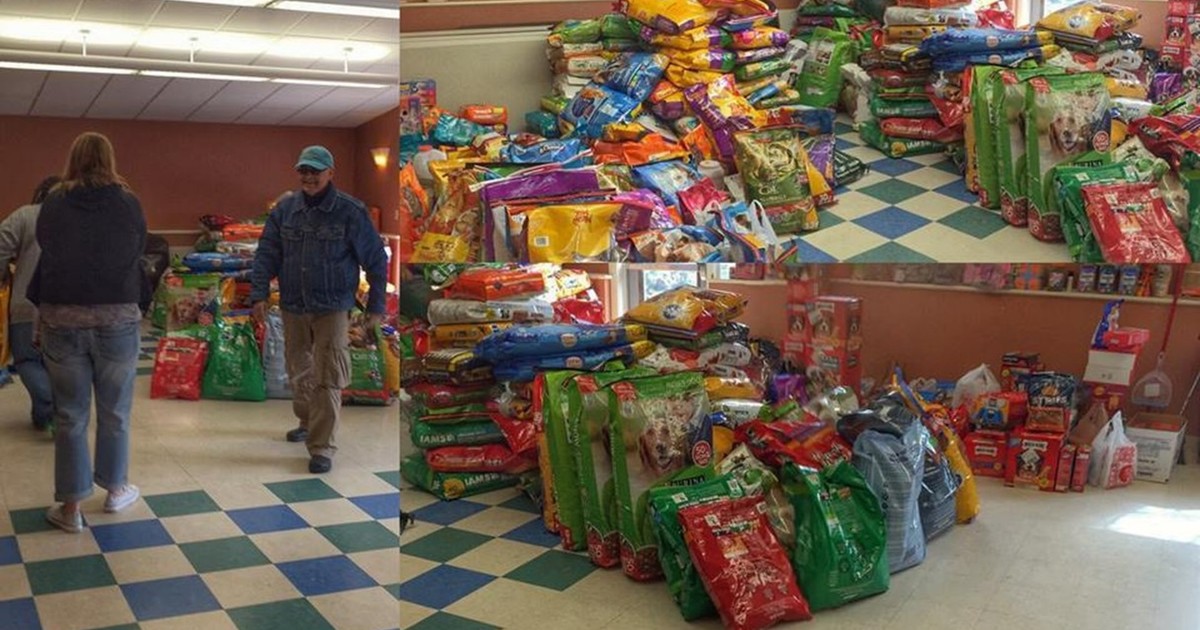 Sometimes, when something is taken from you, life unexpectedly gives you something back you never expected. Recently, staff at the Animal Rescue League of New Hampshire made a shocking discovery: someone had broken into the rescue’s food pantry and stolen 65 bags, or $700 worth, of donated dog and cat food.

The burglary occurred in the middle of the night food wasn’t noticed until the next day.

“A staff person came in the morning and noticed that someone had pushed through the chicken wire on our community food pantry and they had taken everything,” Monica Zulauf, president and CEO of the rescue, told The Dodo.

“They left one small bag of kitten food.”

Because the shelter’s food is distributed to old folks and financially struggling families who can’t afford pet food, the thief essentially stole from the very people who needed the food most. And that fact has many people upset.

With the hope that this surveillance video will lead to information about the identity of the thief, police have shared in on YouTube.

But there is a silver lining. Shortly after the discovery, the rescue contacted the police and posted a press release on Facebook. The message spread so fast, by the time local media could cover the story, people had already come out to show their support.

“The community response was amazing,” Zulauf said. “It was a steady stream of everything—from toddlers carrying little bags of cat treats to families who had picked up full bags of pet food.”

“The only thing I can compare this to is the end of ‘It’s A Wonderful Life,’ when everybody in the town comes in to save the bank,” Zulauf said. “I’m going to guess [the amount of food we’ve received] is close to 10 times what we had before now.”

While the shelter has plenty of food for now, they are many other ways to help.

If you were touched by this community’s support for its animal shelter, please share this story with your friends.