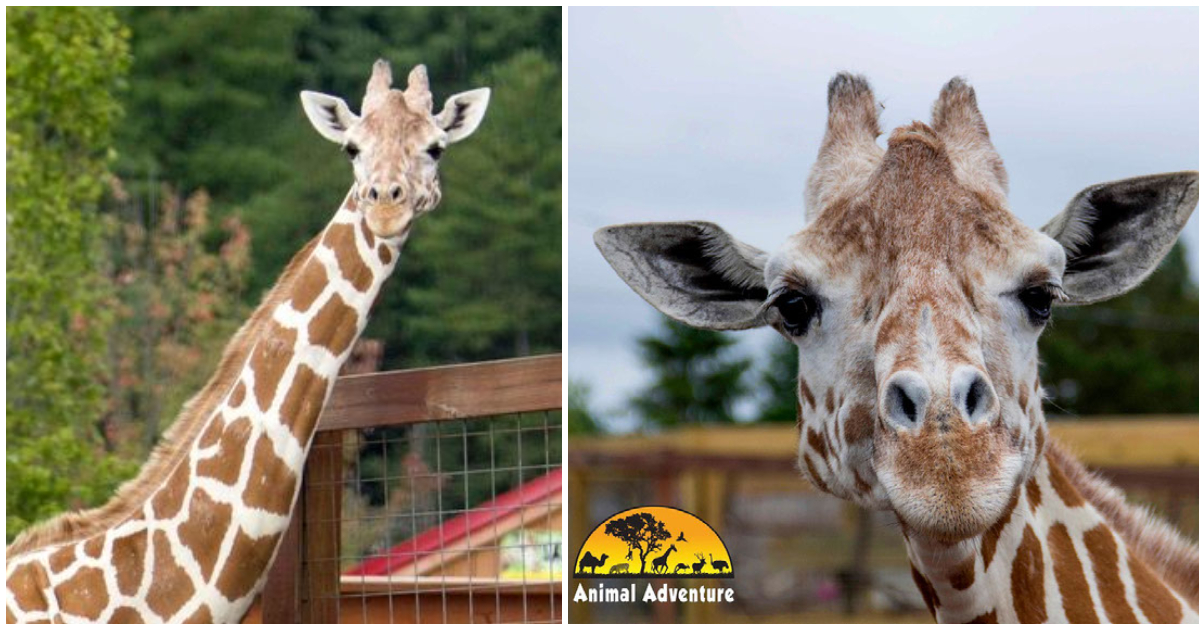 There are few animals in the world as known or beloved as April, a giraffe at New York’s Animal Adventure Park whose 2017 pregnancy made her an online sensation.

The world followed along on her YouTube livestream, culminating with the birth of her baby calf.

Sadly, the zoo announced that April has died, at the age of 20. “It is with the heaviest of hearts that Animal Adventure Park announces the tremendous loss of our beloved April the Giraffe,” the zoo wrote on Facebook.

The zoo made the difficult decision of euthanizing their beloved giraffe, following a number of health complications.

April was 20 years old, a senior in giraffe years. The species has a life expectancy in captivity of about 20-25 years, far more than their 10-15-year lifespan in the wild.

While the zoo staff did everything they could to keep April happy and healthy as she aged, her health began to noticeably deteriorate over the past year. She suffered from osteoarthritis, which affected her mobility and degenerated the joints in her lower leg — a serious and untreatable problem for large animals like giraffes.

Following medical assessments last month, it was determined that the severity of her condition was taking too much a toll on her quality-of-life.

“As hard of a decision as it is, for a veterinary team and facility, it is decided that euthanasia is the most humane decision to make at this time,” a statement from the Animal Adventure Park’s veterinary team reads.

It became a surprise phenomenon. It was one of the most-watched YouTube channels, and April became a household name, with millions waiting with bated breath to see when she would give birth to her calf. Variety reported that her channel received an average of 3.5 million views per day.

When April finally gave birth, on April 15 2017, 1.2 million people were watching it live, making it one of the most-watched live YouTube events in history.

The calf was named Tajiri.

April later gave birth to two more calfs. Though they didn’t achieve the phenomenon status of her first birth, April’s life was still followed by thousands of loyal fans.

Sadly, her last child, Azizi, died last year after being transferred to the East Texas Zoo, following complications related to a parasitic issue.

The loss of an animal is always hard on a zoo, but April was easily Animal Adventure Park’s most famous resident — and one of the most famous animals in the world.

But while she is gone, her legacy remains. April helped inspire a widespread love for and interest in giraffes, a vulnerable species still under threat of illegal poaching.

“We grieve with her many fans, near and far, as we say goodbye to the giraffe that can be credited with making a foothold for giraffe and giraffe conservation awareness in the 21st century,” the park wrote.

“While her hoofprints in her yard will erode in time, the imprint she has made on the hearts of people around the world will never fade.”

“April’s impact on animal conservation and appreciation is both immeasurable and lasting,” said Animal Adventure Park owner Jordan Patch. “The loss of an animal as loved as her will be felt in our community, around the country and across the world.”

“She will be deeply missed and fondly remembered. April, in her own special way, changed the world.”

Rest in peace, April. Thank you for all the joy you brought to millions of people over the years. You will be greatly missed.