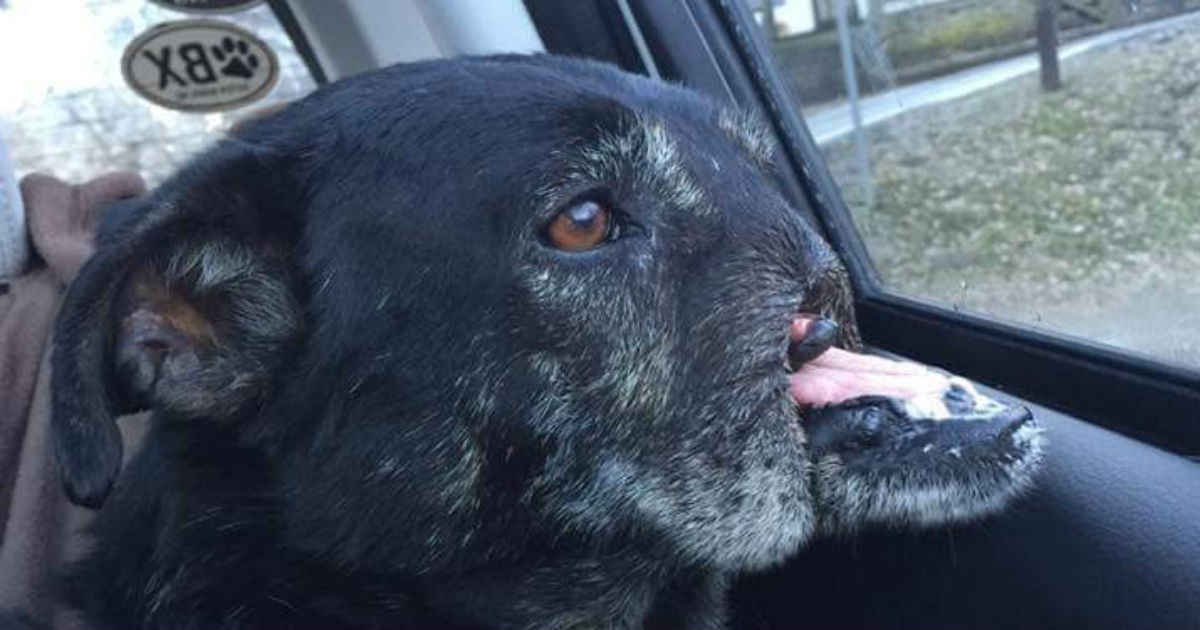 This dog was guarding a house in Cairo. Like most guard dogs do, he took his job very seriously. And when people got too close he did what watchdogs do: he barked. But someone did not like that at all. “He barked and they cut his nose off”, Lauren Connelly of Special Needs Animal Rescue and Rehabilitation (SNARR), told The Dodo.

Following his gruesome injury, the dog, named Anubis, began to roam the chaotic streets of Cairo, Egypt. Most often he was seen curled under a car.

Fortunately, there are heroes out there who want to help.
American animal protection organization SNARR partnered with a local organization in Cairo, to help Anubis travel to the United States.

“We’ve taken dozens of animals from them and brought them to the States, animals who otherwise would be in agony in a country that cannot care for them,” Lauren Connelly from SNARR says.

Anubis embarked on a long journey from Cairo, via John F. Kennedy International Airport in New York City Olney, to Maryland (in a week), to Tennessee and then at last to Fort Worth, Texas.

Needless to say, his life changed very drastically. Pain and sadness was replaced with love… and food!

Anubis was eventually adopted by a family in El Paso, Texas.

Anubis was supposed to stay with his foster family for just six months, but they fell in love with him and say there is a good chance they will keep him for good.

Anubis has also become best friends with another rescued dog who is blind.

Images from SNARR. Make sure to read more about the amazing work that they do!

Newsner loves animals. Please like if you do, too!