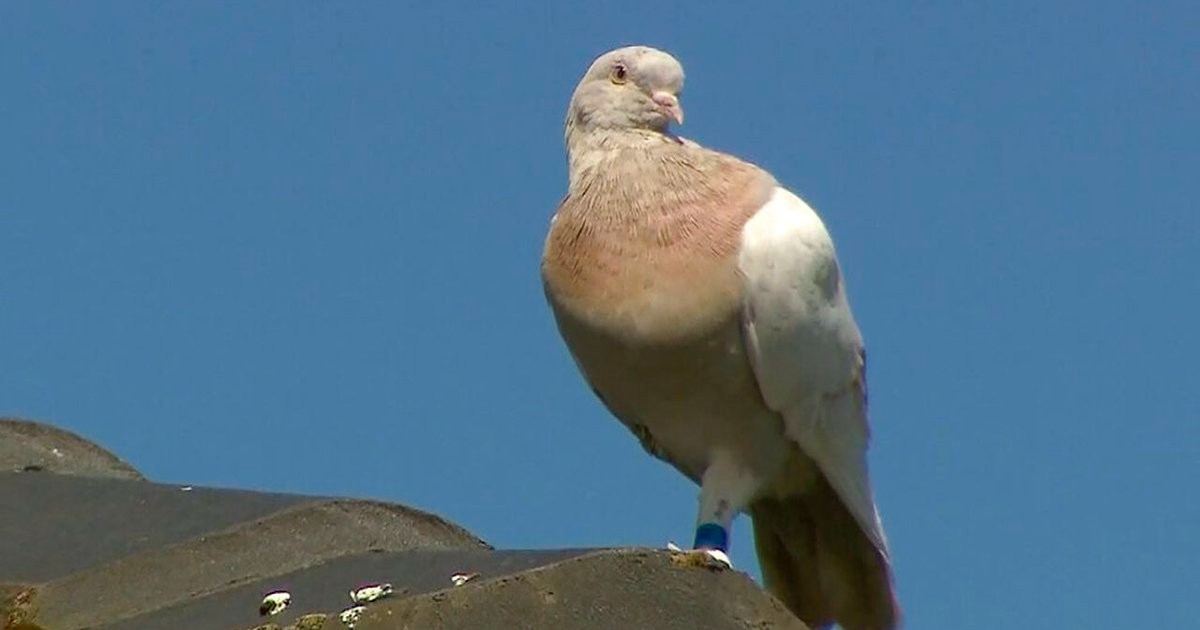 A racing pigeon has an extraordinary tale to tell, but almost didn’t live long enough to tell it.

Authorities in Australia wanted to kill the bird after discovering it crossed the Pacific Ocean to find a new home in Melbourne. They considered it a risk as it “could compromise Australia’s food security and our wild bird populations.”

The day after Christmas, Kevin Chelli-Bird discovered an exhausted bird in the backyard of his home in Melbourne, Australia.

“It was pretty emaciated so I crushed up some biscuits … gave it some dry biscuits ,” he told Australia’s Nine News.

The following day the bird appeared again, and that’s when Chelli-Bird noticed a tag on the bird’s leg. He did his best to track down where the bird came from, but came up empty.

At least the bird didn’t come from Australia.

“It showed up it’s American racing pigeon union and it’s registered to someone in Montgomery, Alabama,” he said.

According to reports, the racing pigeon had disappeared from a race in Oregon on October 29.

So how did it travel approximately 8,000 miles from Oregon to Melbourne?

“I’d say it’s hitchhiked. I’d say it’s had a pretty big, strong wind blow it off course and out to sea … it’s got on to a ship and it’s eventually found it’s way here in Australia,” Chelli-Bird said.

Not everyone is amused.

The Australian Quarantine and Inspection Service contacted Chelli-Bird after word got out that a foreign bird was taking up residence in his yard.

“They say if it is from America, then they’re concerned about bird diseases,” he said. “They wanted to know if I could help them out. I said, ’To be honest, I can’t catch it. I can get within 500 mil (millimeters or 20 inches) of it and then it moves.’”

Government officials wanted to kill it because it was a biosecurity risk.

The pigeon was “not permitted to remain in Australia” because it could “compromise” Australia’s bird life and poultry industry.

In 2015, Australian officials threatened to euthanize Johnny Depp and his ex-wife Amber Heard’s Yorkshire terriers after they were allegedly smuggled into the country.

The dogs were eventually flown out of the country.

This bird’s unusual saga came to an unexpected conclusion today: its life was spared after its identifying leg band was found to be fake.

According to AP, the band number belonged to a blue bar pigeon, which is different from the one found in Melbourne last month.

“The bird band in Australia is counterfeit and not traceable,” said Deone Roberts, sport development manager for the Oklahoma-based American Racing Pigeon Union, according to AP. “They do not need to kill him.”

Australia’s Agriculture Department is no longer seeking to kill the bird, saying it will take no further action in the case.

“Following an investigation, the department has concluded that Joe the Pigeon is highly likely to be Australian and does not present a biosecurity risk,” it said in a statement.

What a relief! This lucky pigeon is, as they say, “free as a bird.” Share this great news!