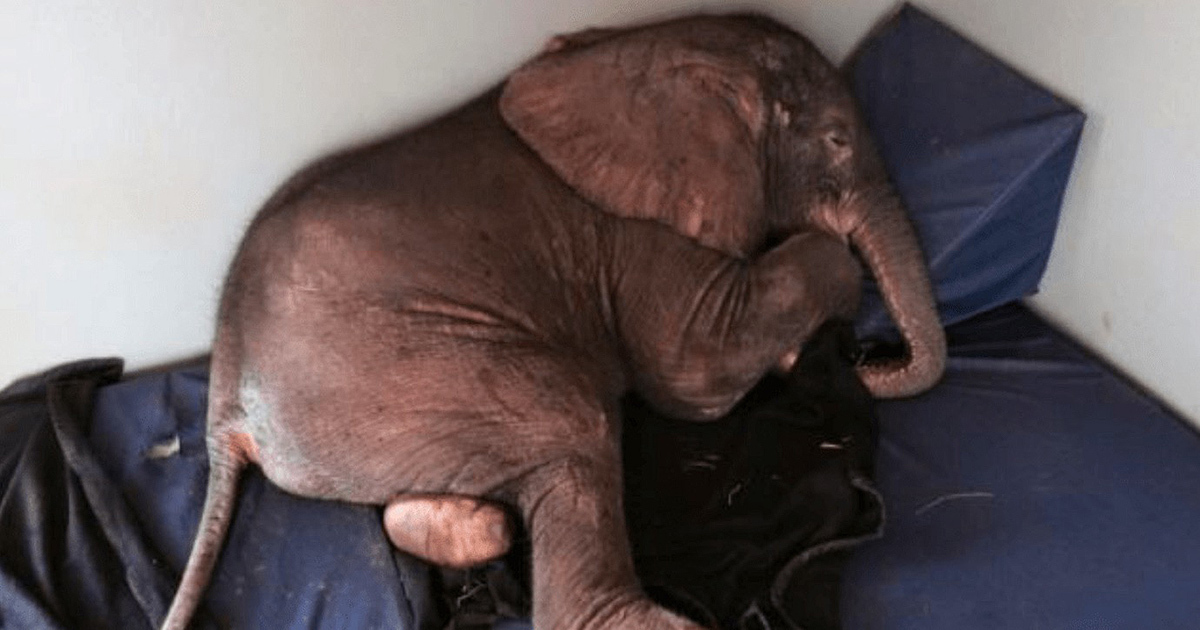 In this video, we meet very two different animals who against all odds met and formed a beautiful friendship.

Baby elephant Ellie was found wandering alone in the savannahs of South Africa. Elephants in that country often fall victim to poachers, leaving their young without parents. But Ellie’s case was different. He was rejected by his herd.

When Ellie was found by some animal advocates, he was in poor condition. He had an umbilical hernia and abscess, and his open wound was infected. Ninety-nine percent of elephants in Ellie’s position end up dying. And at first, it didn’t seem like this baby elephant make it, either.

At the same time, though, he was bored. He didn’t have any elephant companions and he became increasingly depressed without his family.

The staff at the animal orphanage noticed that he isolated himself from everything and just lay lie down in a corner.

Despite all the love he had at the orphanage, Ellie missed his herd very much.

Until the day he met his new best friend…

Take a look at the video below to see Ellie meet his new friend Duma and create an unexpected but amazingly nice friendship.

A good friend makes all the difference in life! If you agree, please share this with your friends.