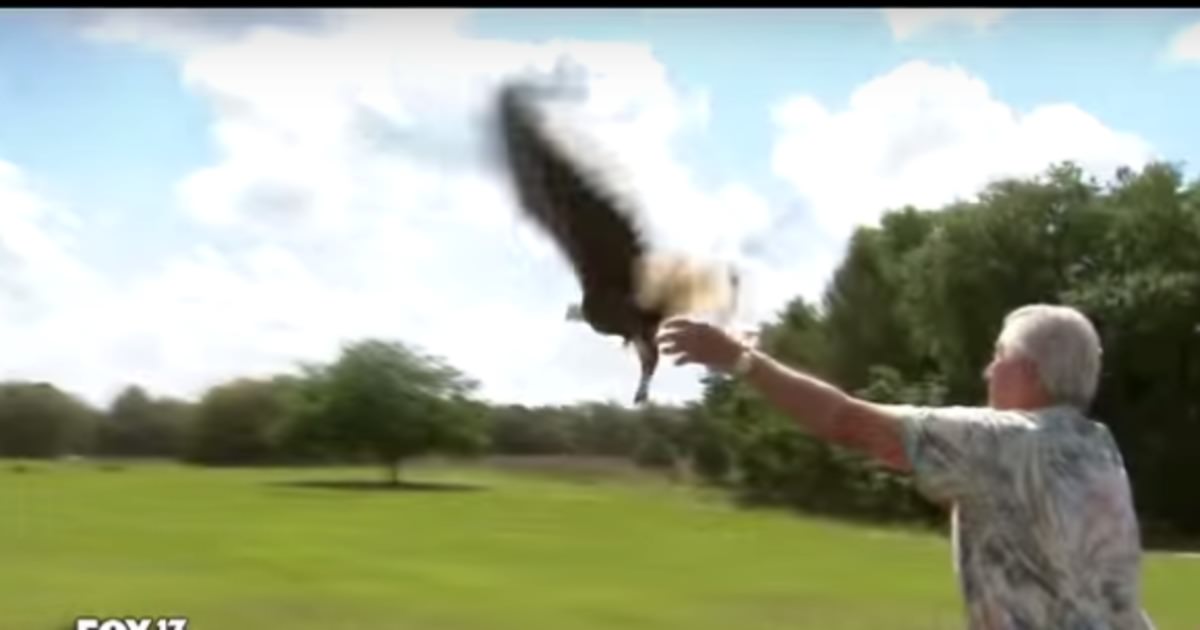 Some people give the word humanity a new meaning, giving us hope and faith as they help those around them – including animals. This story really touched me, as it reveals just how much people can care and that we can achieve wonders when we work together. Through outstanding team work and great efforts, this beautiful animal was saved.

As local area residents Jack and Peggy were taking a walk, they notice something up ahead in the distance. Upon closer inspection, they discovered a bald eagle on the ground.

As they approached it, they immediately noticed that the bird didn’t attempt to fly away – as such a creature normally would have done. They instantly knew something was wrong.

They contacted an animal welfare organization… and soon, several different ones were rushing in to help!

It turned out that the poor bird had a broken wing bone, probably as a result of a territorial fight. It was immediately taken to the animal hospital, where professional vets took care of the broken wing. These amazing people save over 27,000 animals a year.

Once the broken wing has been repaired, another organization stepped in to rehabilitate the magnificent animal.

Two months later, the endless efforts and team work bore its fruit, when all those involved gathered, overwhelmed and thrilled, to set this adorable bird home.

But thanks to the efforts and spreading awareness, Bald eagles’ numbers have rebounded since and now there are 5,000 nesting pairs covering a total of 70,000 birds all over North America, including in Canada and Alaska.

Watch the video below to witness the amazing rescue for yourself.