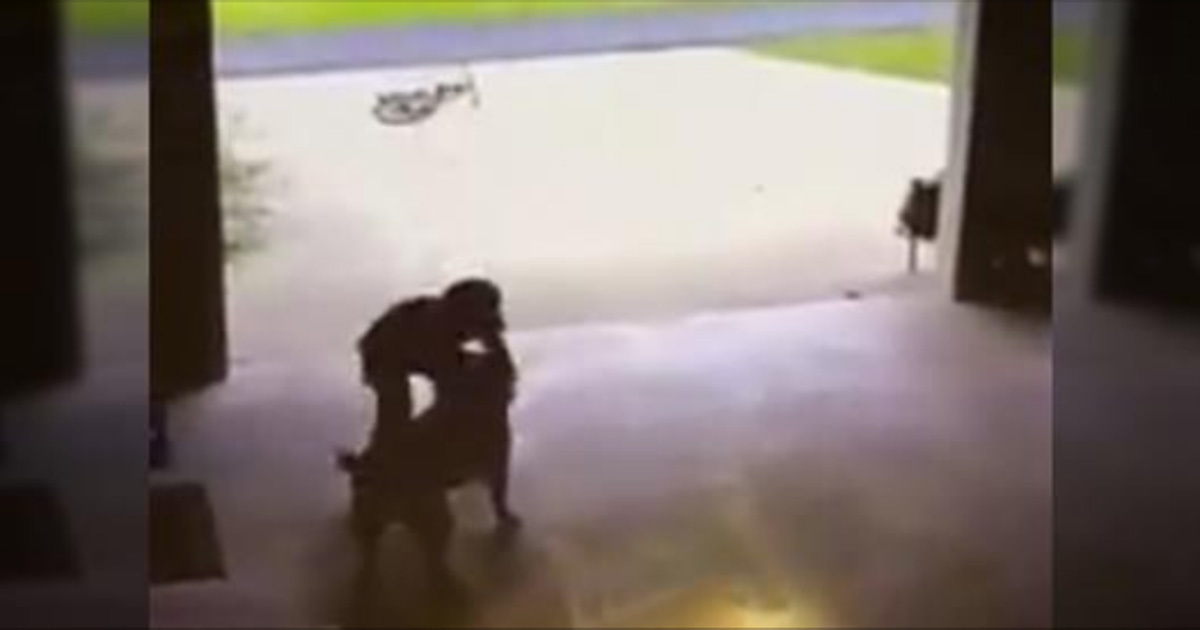 Most children know that it’s not okay to sneak into a neighbor’s garage without permission. Especially when that neighbor is a stranger. But still, this little boy couldn’t resist.

When a woman in Louisiana posted video of the boy “breaking” into her garage, it didn’t take long for the truth of his identity to come out. And now the video “evidence” has charmed thousands of people on Facebook. And I have to say, this is the cutest case of trespassing that I’ve ever seen!

It all began when Hollie Mallet installed a security camera in the garage next to her home in Louisiana. She planned to catch anyone who tried to rob her on video so police would be able to figure out who the thief was. And although she did catch someone on camera, he wasn’t a thief.

Instead, the person caught on Hollie’s surveillance video showed a little boy. So why did he sneak into her garage? To hug Hollie’s dog, Dutchess.

The boy left his bicycle outside, ran into the garage, quickly hugged the dog, and then snuck out just as quickly as he’d come. And judging by how fast he was in and out, it’s clear he knew he wasn’t allowed to be there.

But this footage was the only video Hollie had of the boy. From time to time, the boy stopped by to give Hollie’s dog a hug or play fetch.

Hollie wasn’t angry at the boy—on the contrary. She was pleased the boy loved cuddling and playing with Dutchess—and the dog loved the attention.

The only problem was that Hollie didn’t know who the boy was. So to find out, she posted a video on Facebook and included this message:

“Attn Neighbors! Anyone know who this sweet little boy is? Every now and then when he rides his bike he will quickly come and love on my dog or play fetch real quick, but always leaves quick like he doesn’t know if he should be here! I’d like to tell him he’s welcome to stay and play, she loves the attention!”

When Ginger Breaux saw the video on Facebook, she immediately recognized her son, Josh, and messaged Hollie.

Mystery solved! Hollie invited Josh to her home, and now the boy can play with Dutchess whenever he wants. In fact, he’s visited her almost every day since he got the invitation.

Although Josh’s mother was a little upset that her son had trespassed on a stranger’s property, she couldn’t be truly mad at her son. Josh loves animals, and simply couldn’t help but say “hello” to Dutchess whenever he saw her.

Were you also touched by Josh’s love for Dutchess? Please share this video with your friends!