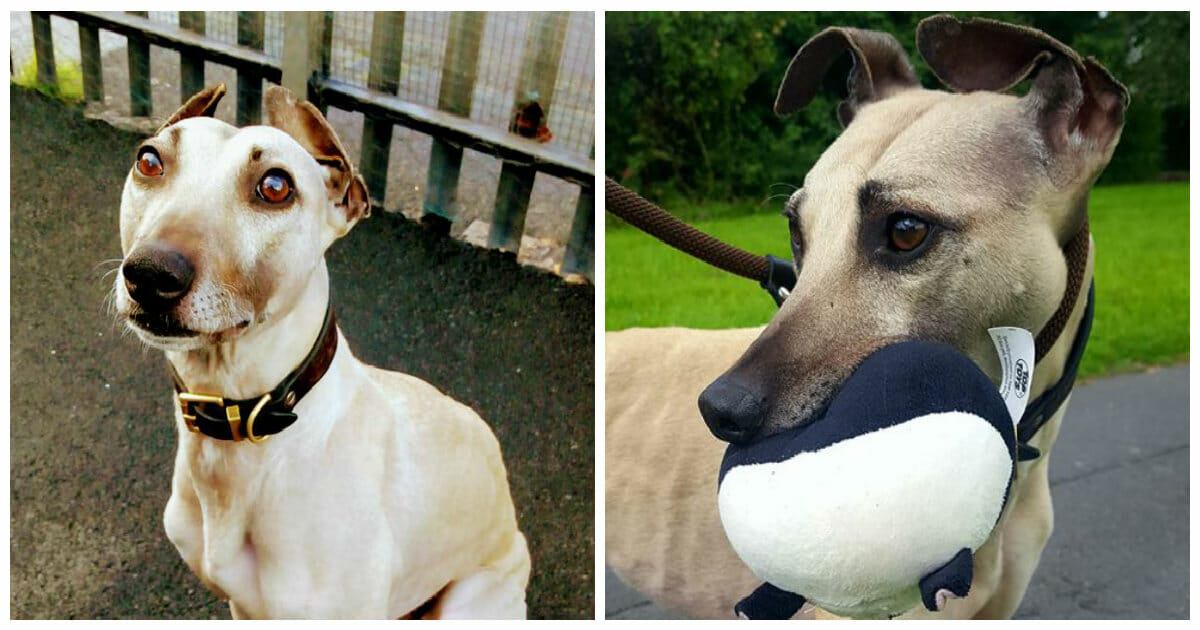 There are unfortunately a lot of animals in shelters, all waiting to be adopted into a good home. Despite efforts by shelters to get them all adopted as soon as possible, sometimes things don’t work out and pets end up there for a long time.

That’s the case for one unlucky pooch who’s long tenure at his shelter has led him to be dubbed “Britain’s loneliest dog.”

Sam the lurcher has been living at Destitute Animal Shelter in Bolton, Greater Manchester since February 2017. Since first being rescued in 2014, Sam has had poor luck keeping a home for very long.

“Sam has been so unlucky, and it’s through no fault of his own,” Karen Rickards, manager of the Destitute Animal Shelter, told LAD Bible. “It’s never anything Sam’s done, he’s just constantly found himself in the wrong home at the wrong time.

She says Sam’s last owner died in 2017, and another family didn’t work out—he was returned to the shelter after six months.

Now the eight-year-old dog has been in their care for over 900 days, making him the shelter’s oldest resident. But the shelter is determined as ever to find him a loving owner.

“We need to find someone who can take care of him,” Rickards says. “He deserves nothing less than an amazing home.”

The shelter recently posted about Sam on their Facebook page, encouraging adoption requests. Despite being older than most shelter dogs and having an unusually long stay, Sam is still a lovable dog.

“Sam is a great dog, he is fun and makes you laugh,” the shelter wrote. “He is playful and loving and can be quite lazy as well.”

He’s not the right dog for just any family, however. The post says he needs to be the only pet in the home and kept on a leash, as he will chase small animals like cats and rabbits. He is okay with kids over six.

It’s also probably a good idea to keep him away from your stuffed animal collection: “He is obsessed with teddy’s and likes rip them up to see what’s in side,” the shelter says.

Sam’s story was spread online, and many expressed their sympathy for the longtime shelter resident.

“I hope someone takes him in soon, no dog should have to wait this long to find their forever home,” one commenter wrote.

As of this writing, it doesn’t look like Sam has found a home quite yet—but many people are expressing interest in adopting him and inquiring for more information. Hopefully, something finally works out and this dog will find his forever home soon enough.

Help this dog finally get adopted! Share this story!