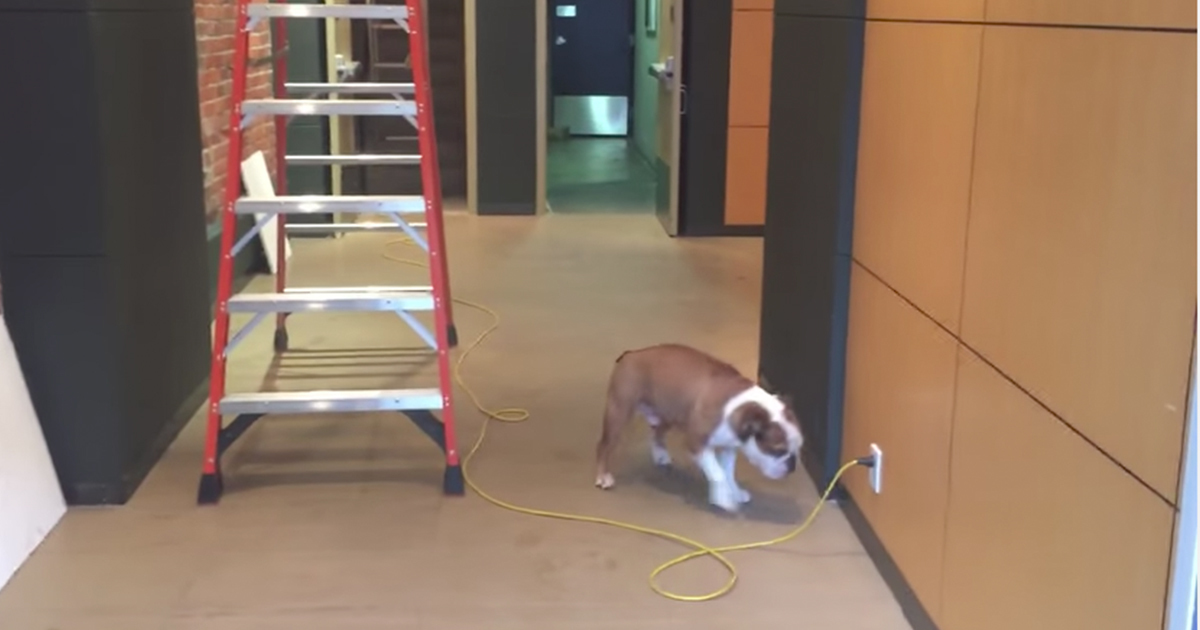 I love dogs. I had several growing up, and like anyone who’s had a pooch, I can safely say that they’re just like humans, in that they each have their own unique personality.

Some puppers love to go out in the rain, while others hate it. Some doggos want to lie on their tummies all day, while others to make mischief.

But in the same way that humans have different fears and phobias, so do dogs. Their fears can be anything from thunder to vets, or like my old dog: taking a bath. But the bulldog Bentley is afraid of something a little more unusual. He’s afraid of electrical cords.

In the clip below, which has racked up more than 2 million views, Bentley finds a special way to overcome his biggest fear.

I won’t reveal too much about how he does it—you’ll have to check it out for yourself—but I promise it’s incredibly sweet.

Did this video put a smile on your face? Share it with your friends!