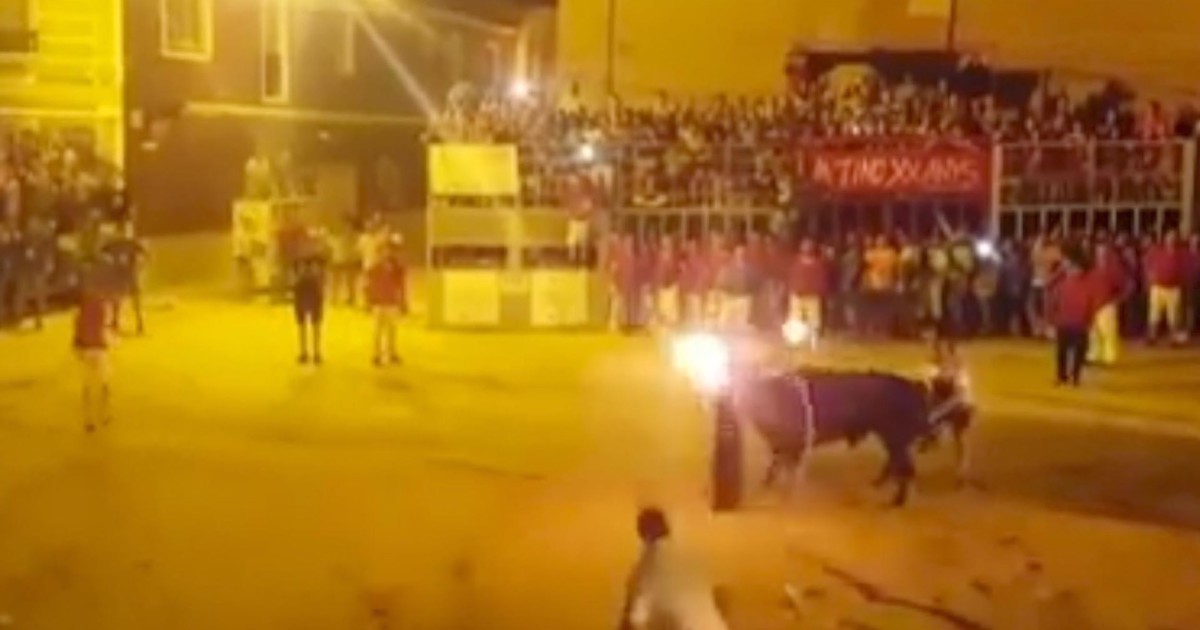 A video that has recently circulated worldwide reveals a clearly distressed and desperate bull with its horns on fire running himself into a wooden post and ultimately dying. Meanwhile, a crowd is gathered and watches the wretched animal.

You might wonder how in the world this happened, and why.

The story behind this bull’s tragic fate is devastating: he was killed merely for the purpose of entertainment based on a century-old custom.

The video has now sparked controversy and outrage from around the globe.

While this story is upsetting, we feel it’s too important not to share. We must put an end to these types of atrocities towards animals.

The video depicting the ‘El Toro Embolado’ custom, which takes place primarily in the region of Valencia, Spain, began to spread after it was published on July 23.

The region in which this particular festival takes place continues to follow a unique type of bullfighting — one that takes the cruel treatment of the animals even further than traditional bullfighting.

The custom consists of setting the bull’s horns on fire before releasing it for the ‘fight’.

While the Spanish government considers the practice a part of its cultural heritage, the vast majority of Spanish people strongly oppose it.

In the viral video, we witness a bull being tied to a post, its horns on fire. The bull, clearly disoriented and frightened, eventually runs itself straight into the post and kills itself.

According to Huffington Post, the bull had earlier that day injured a man but it’s unclear whether this has any relation to how the bull was treated.

The video has evoked strong emotions especially among animal rights advocates, with many petitions launched to put an end to this tradition.

“There is no justification for making animals suffer such terror and pain just for human entertainment,” social networking site Care2 writes on their website. “This incident proves that claims no animals have ever died is baloney. Why can’t celebrants tie fake torches with colorful streamers to the horns of bulls, or use a fake bull’s head?”

Bull Defenders United, an organization that works towards ending bullfighting, took to their Facebook page to condemn the recent killing.

“It is common for media to report when humans die at events involving animals, while the death of the victims of these humans remains forgotten,” they wrote. “Perhaps for the first time, the tragic death of a bull has become news around the world, causing uprising in people who do not belong to the animal defence groups.”

Bullfighting is a heartless and horrific custom and should be banned once and for all. Please share if you agree.